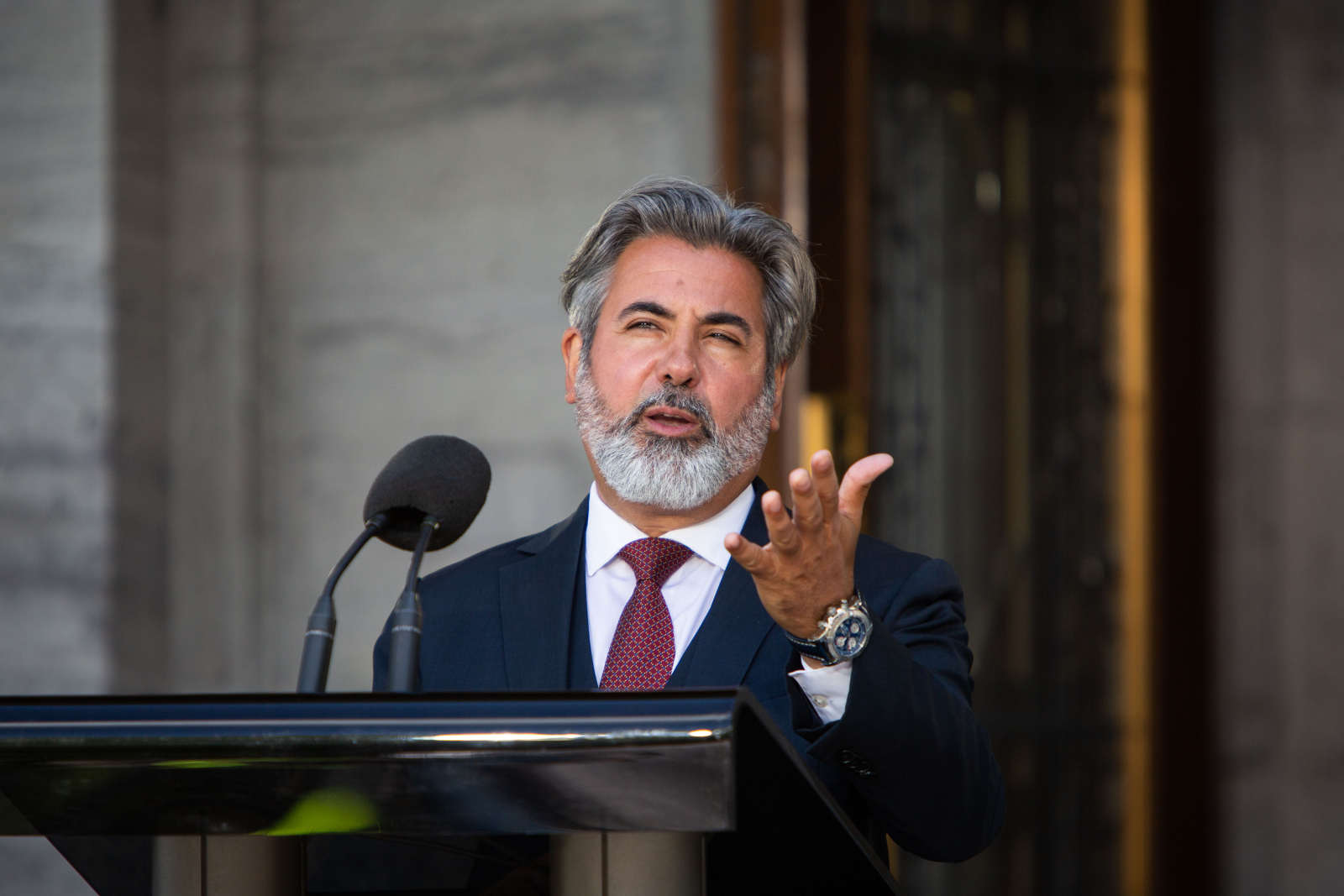 Indigenous leaders say a member of Prime Minister Justin Trudeau's cabinet has reached out to them about crafting new legislation to be tabled this fall to revitalize the languages of First Nations, Inuit and Métis.

Canadian Heritage Minister Pablo Rodríguez has connected with the leadership of both the national Inuit organization Inuit Tapiriit Kanatami (ITK) and the Métis Nation about the bill, officials in both groups told National Observer.

The Indigenous Languages Act is a complex bill that has been in the works ever since Prime Minister Justin Trudeau promised it during a 2016 speech to the Assembly of First Nations (AFN). The Department of Canadian Heritage has been co-drafting the legislation with the three Indigenous groups.

Many of the dozens of languages in Canada are rapidly dying out, and Indigenous leaders say such legislation can help revive them and ensure they can be used in day-to-day government services or spoken by federal employees.

Protecting Indigenous languages is also a central theme in the Truth and Reconciliation Commission, which explicitly called for such an act. Canada's horrific residential school system attempted to erase these languages by prohibiting their use.

On July 18, Trudeau named Pablo Rodríguez to be his new minister responsible for Canadian heritage and multiculturalism, replacing Mélanie Joly, who was shuffled into the tourism portfolio, with responsibilities for Canada's two official languages and la Francophonie.

Tim Argetsinger, who leads ITK's languages team, said Joly had established a “rapport” with Indigenous leaders and had become "heavily invested" in seeing the bill through.

“Given that the timelines that Canadian Heritage has set out for itself, I think it just creates some uncertainty with the new personality coming into the picture, as to what their level of commitment would be,” he said in an interview on Aug. 17.

He added Rodríguez had called ITK leadership after the shuffle, to confirm “he has every intention of getting the work done with the timelines that they’ve set out.” As a result, Argetsinger said he is “optimistic that the transition won’t cause a lag in the work that’s been done to date.”

"It is an important document to give real rights to people, but it can’t simply be a piece of paper," says @MarcMillerVM about an Indigenous Languages Act, which the government expects to unveil this fall #cdnpoli

He said the feedback Canadian Heritage has been getting was consistent with ITK positions, and he felt the other organizations, including the government, were committed to seeing the bill introduced in Parliament.

Métis Nation President Clément Chartier, in an interview, also described an "intensive process" during Joly's time, and that Rodríguez had phoned him for a preliminary conversation once he became minister.

“I’m assuming that the discussions we’ve had with the previous minister are still in play,” he said.

“All that’s left for us, is to actually see the legislation itself, and see if it’s strong enough and if it’s going to lead to what we believe the requirements are in order to address the Michif language,” said Chartier, referring to the language of the Métis people.

Jenna Young Castro, communications officer at AFN, said the organization remains confident in the fall timeline. “The AFN has regularly sought assurance that the timelines remain the same and has been assured regularly,” she wrote in an email.

Nevertheless, with weeks to go before the fall parliamentary sitting begins, the government is still consulting with the public on what to include in the bill, both online and in a series of “engagement sessions” across the country.

Rodríguez’s press secretary, Simon Ross, told National Observer that Canadian Heritage has been conducting "intensive engagement with Indigenous people, organizations and self-governing nations in every region of Canada" over the summer.

"Once Indigenous peoples’ views have been considered and incorporated into the legislative development, it is intended to introduce draft legislation during the fall sitting of Parliament," he wrote in an email.

'Another right to sue' not sufficient: Liberal MP

Marc Miller, a Liberal MP who has consulted on the legislation and provided input to Joly, said earlier this summer that part of the reason the bill's process has been so complex is that Indigenous voices are calling for a range of solutions.

"A number of reflections I’ve heard are that simply getting another right to sue the government is not sufficient," said Miller in a June 19 interview outside the House of Commons.

Miller himself is studying to speak Mohawk, a process he considers "intellectually stimulating." He said he has been "chipping away at it" for about 18 months, trying to put in an hour a day, as well as an online course and other tools.

"It won’t make me Indigenous, but it’ll give me an ability to communicate on the same field as a number of speakers that I wouldn’t normally reach out to as an elected official," he said.

That effort, Miller said, has helped him understand the emotions involved in learning ancestral languages for the first time.

"For me, learning it, I don’t have a lot of the scarring that Indigenous peoples have. There’s a shame sometimes associated with it, and it’s multi-generational," he said.

"There is a barrier for Indigenous people...we can’t deny that those barriers exist, we need to recognize them and try to overcome them. For that, we need engagement with Indigenous communities."

A bill with both common and unique elements

ITK envisions the bill being structured with a section on “common elements” addressing the three Indigenous peoples, said Argetsinger, with additional sections for Inuit, First Nations and Métis reflecting their own priorities.

He said ITK had already developed its proposed legislative text for an Inuit section, and “we are beginning to achieve compromise on the content that would be included in the common elements section.”

The group has been looking at Nunavut’s Inuit Language Protection Act, the only such act in Canada, which obliges municipalities to offer services in Inuktut — the term used to describe different Inuit languages like Inuktitut.

For the Métis Nation, the languages bill is of crucial importance, said Chartier.

There are likely less than 1,000 fluent Michif speakers, he said, and “if we don’t move on this within the next 10 years, I think we’re going to be on the verge of extinction of the language itself.”

- with files from Mike De Souza

Statue of John A. Macdonald removed from Victoria City Hall in act of reconciliation