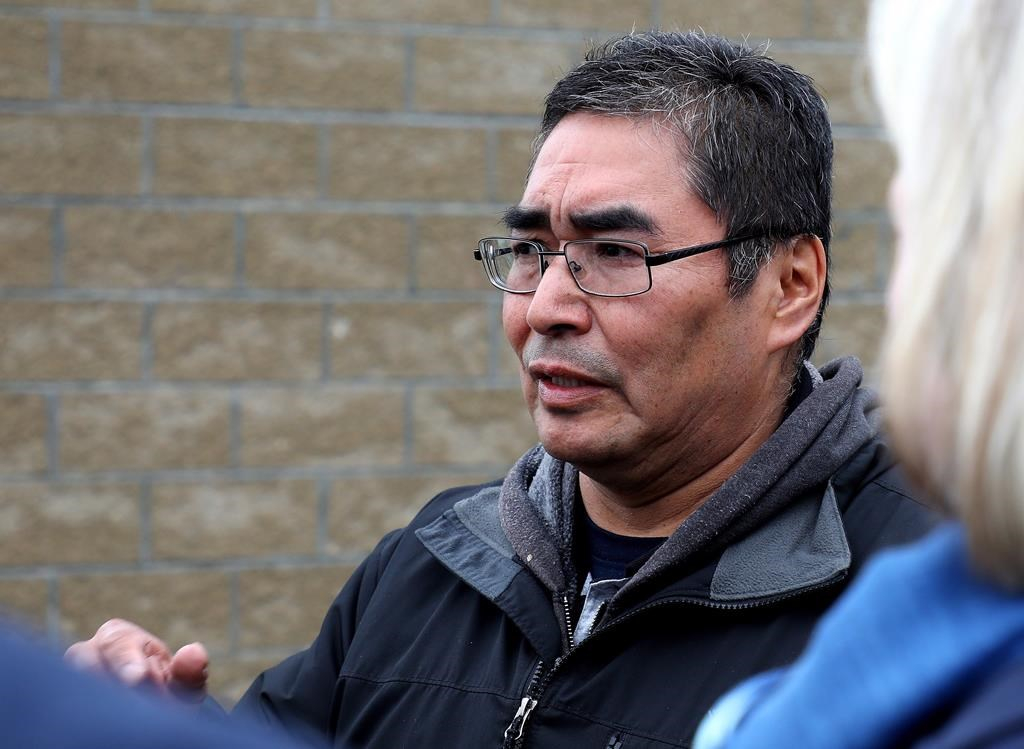 Rudy Turtle, chief of the Grassy Narrows First Nation in northwestern Ontario, is seen here on the reserve on Friday, May 18, 2018. File photo by The Canadian Press/Colin Perkel
Previous story
Next story

An Ontario First Nation suffering from generations of mercury poisoning still needs a treatment centre and help for children harmed by the toxic metal, its chief said Wednesday.

Until Grassy Narrows gets aid Prime Minister Justin Trudeau has promised, its Chief Rudy Turtle said, he won't think much of Trudeau's commitment to reconciliation.

A few blocks away in a downtown Ottawa hotel, Trudeau told an assembly of First Nations chiefs on Tuesday that his Liberal government "will start from a place of partnership" with Indigenous people, recognizing their rights without being dragged to it by courts, and seeking to make that a precedent for all future Canadian governments.

Turtle, speaking alongside others from his community near Ontario's border with Manitoba, said Grassy Narrows really needs its treatment facility for people with mercury poisoning. Their local river was doused with waste mercury from an upstream chemical plant for years in the 1960s and 1970s, contaminating the water, the fish that live in it, and the people who consumed both.

The symptoms of mercury poisoning include impaired peripheral vision, muscle weakness, impaired speech, hearing and cognitive function and numbness or stinging pain in the extremities and mouth. The damage from prolonged exposure can be irreversible.

"We would like it to move faster," he said.

The chief was also joined by Donna Mergler, a neurophysiologist affiliated with the Universite du Quebec a Montreal and the lead author of a newly released report documenting the impacts of mercury on Grassy Narrows' young people.

The report details how mercury exposure, particularly in utero, compounds the physical and mental health problems that are consistently reported in First Nations communities in Canada. Mergler recommended that Grassy Narrows get better food and extra school resources to help children born with mercury-related disabilities.

Judy Da Silva, a mother from the community, said on Parliament Hill that she's concerned about Grassy Narrows' next generation.

"I am a mother of five children," she said, pausing to note her own deteriorating health before she sat down in a chair. "I worry about their future and for me that's why I keep pushing myself ... I know it is a hard fight."

Families should not be torn apart because they are poor or because parents have health problems, she said.

"I don't think any of us are naive," she said. "We don't think a piece of legislation will all by itself turn the tide on what's going on in this country. But I believe it can be a turning point."