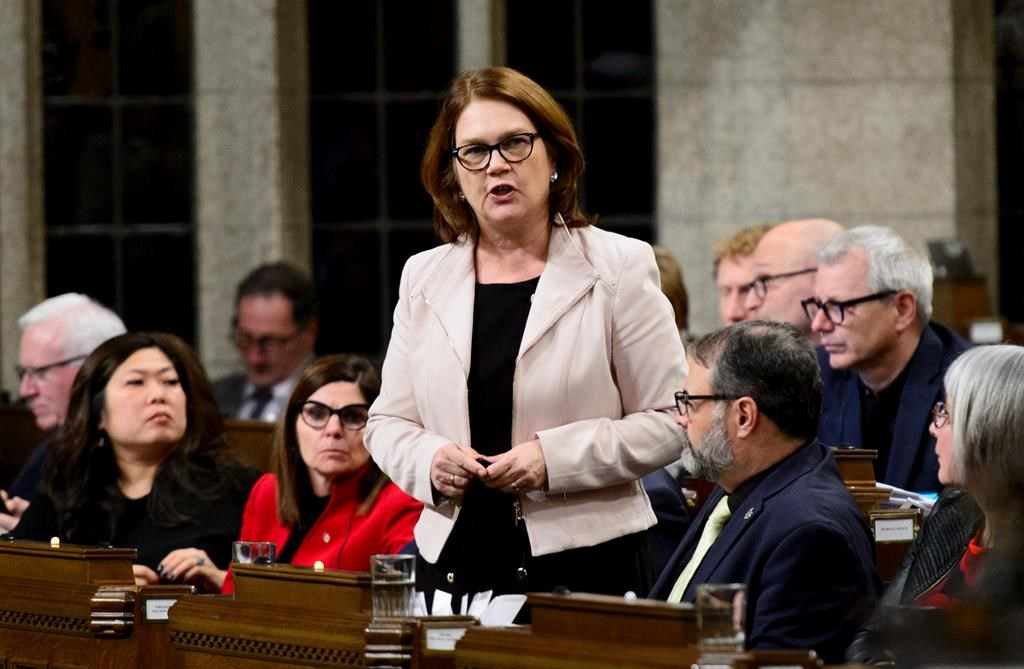 Jane Philpott, Minister of Indigenous Services, stands during question period in the House of Commons on Parliament Hill in Ottawa on Monday, Dec. 10, 2018. Photo by The Canadian Press/Sean Kilpatrick
Previous story

The federal Liberals are turning to a broad group of officials — from provinces, territories, Indigenous groups and medical organizations — for solutions to mounting allegations from Indigenous women that they were victims of coerced and forced sterilizations.

Valerie Gideon, a senior assistant deputy minister in the Indigenous Services Department, told a Commons committee on Monday that two cabinet ministers are co-signing a letter to their provincial and territorial counterparts outlining the plans to discuss cultural safety in medicine.

The Liberals have been pressed for a rapid response to recent reports on the sterilizations, which dozens of women say have been inflicted on them against their will when they gave birth.

Coerced sterilization amounts to a violation of human rights and medical ethics, Gideon told the committee, noting it is also a form of gender-based violence.

"Sterilization is not something that any one profession or order of government can address alone," she said.

"Federal, provincial, territorial, Indigenous governments and organizations all have a role to play."

Doctors and those who regulate the profession must be involved, she added, saying sterilization is a "matter of the practice of medicine" and that only surgical practitioners can perform procedures such as tubal ligations.

Last week, the United Nations Committee Against Torture said Canada must stop the "extensive forced or coerced sterilization" of Indigenous women and girls in Canada, adding all allegations must be impartially investigated.

In response, Philpott said the government is working to make sure "this never happens again."

She also stressed Ottawa will work with provinces, territories, health providers and medical associations to make sure the "concept of informed consent is well understood and that culturally safe care is also well taught."

Tubal ligations carried out on unwilling Indigenous women is one of the "most heinous" practices in health care happening across Canada, according to Ontario Sen. Yvonne Boyer, a Metis lawyer and former nurse.

In 2017, Boyer and Metis physician and researcher Dr. Judith Bartlett produced a report on Indigenous women who were coerced into tubal ligations — the severing, burning or tying of the Fallopian tubes that carry eggs from the ovaries to the uterus — after childbirth in the Saskatoon Health Region.

Some Indigenous women interviewed for the report felt pushed into signing consent forms for the procedures while they were in active labour or on operating tables, Boyer said. Last year, two of the affected women launched a class-action lawsuit against the Saskatoon Health Region.

The proposed class action led by lawyer Alisa Lombard and her firm Maurice Law names the Saskatoon Health Authority, the Saskatchewan government, the federal government and a handful of medical professionals as defendants.

More women have since come forward to disclose their experience with coerced sterilization.

About 100 women have now come forward to report they have been forcibly sterilized, Lombard said — an additional 40 women since The Canadian Press published a story in November detailing Boyer's push to study the issue nationally.