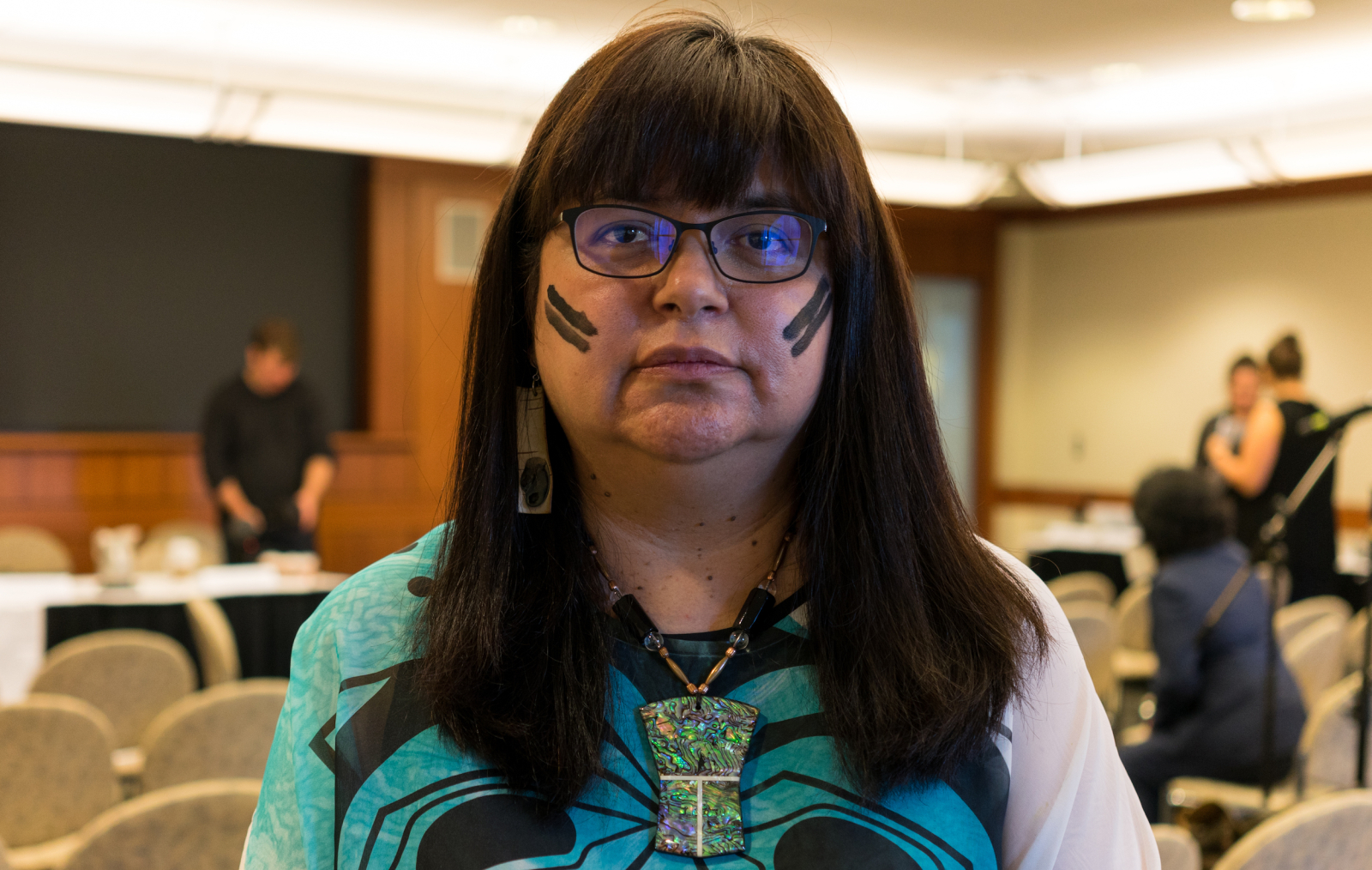 Heiltsuk Chief Councillor Marilyn Slett, seen here in Vancouver on Oct. 10, 2018, said she welcomed the determination that the federal government ought to review its contract decision. Photo by Michael Ruffolo
Previous story
Next story

The federal government has been told to reevaluate its 2018 contract with a New Brunswick-based company for two emergency response vessels on B.C.'s coast.

In a decision released publicly on Tuesday the Canadian International Trade Tribunal instructed the federal Public Services and Procurement Department to reevaluate all bids for the contract, in response to a complaint made by Heiltsuk Horizon Maritime Services Ltd. — a partnership between the Heiltsuk First Nation and Dartmouth, N.S.-based Horizon Maritime.

The ruling partially upheld the complaint by the partnership, directing the government to pay special attention to vessels' towing capacity.

The contract was awarded following a devastating oil spill that struck the Heiltsuk First Nation on the west coast of B.C. in 2016.

Chief Councillor Marilyn Slett said Tuesday she welcomes the tribunal's decision and her nation is "here and we're ready to fulfill our part and make our contributions to protecting the coast."

The Heiltsuk Nation is still dealing with the fallout of a 2016 diesel fuel spill, when the tug barge Nathan E. Stewart sunk in Heiltsuk territory.

"It's really important for us that the ships deployed to protect the coast are newer, that they are state of the art, that they can provide all of the protection possible for the coast," she told National Observer.

According to Public Services and Procurement Canada, the vessels are to be supplied to Canada's Coast Guard to tow tankers or container ships if there is an emergency that brings them too close to shore. A three-year, $67-million contract was awarded to Saint John, N.B.-based Atlantic Towing Ltd., a member of the J.D. Irving, Ltd. Group of Companies, in August.

The tribunal's decision keeps the current contract in place while the bids are being reassessed, but the independent government body recommends that "no further expenditure under the contract be undertaken ... pending the re-evaluation."

The reevaluation could lead to Atlantic Towing losing the contract. If Heiltsuk Horizon Maritime Services wins the contract following the reassessment, the tribunal recommends that it receive compensation for any lost revenue.

When the government first evaluated bids, it ranked the Heiltsuk Horizon Maritimes offer lowest and most expensive.

Part of Heiltsuk Horizon's complaint was that Atlantic Towing's vessels didn't have enough towing power. The tribunal found that Atlantic Towing did not provide enough information about its towing power in its bid, arguing that government evaluators should not be left to "connect the dots" and that, ultimately, it was unreasonable for the government to conclude the company met the minimum towing requirements based on the information that was provided.

"We also believe with the vision of the Oceans Protection Plan that the partnership with Indigenous communities should play a large role in the protection of our coast (and) those partnerships should be meaningful," said Chief Councillor Slett. "For us, we've brought together the vessels that can do the job, industry expertise, local expertise from our community."

The tribunal described "Canada's relationship with First Nations and environmental protection on Canada's west coast" as "political issues" that fell "outside of the scope of this inquiry."

In a written statement emailed to National Observer, Public Services and Procurement Canada spokesperson Pierre-Alain Bujold said the department is reviewing the tribunal's recommendations to determine next steps.

"The contract with Atlantic Towing remains in place," Bujold wrote. "Given the importance of the services provided by the emergency offshore towing vessels in the context of Canada’s Oceans Protection Plan, these services will continue. It is important to note that one of the two vessels has already been used in an emergency situation."

Editor's note: The value of the three-year contract awarded to Atlantic Towing Ltd. was corrected at 4:51 p.m. EST on Tuesday, January 8, 2019.