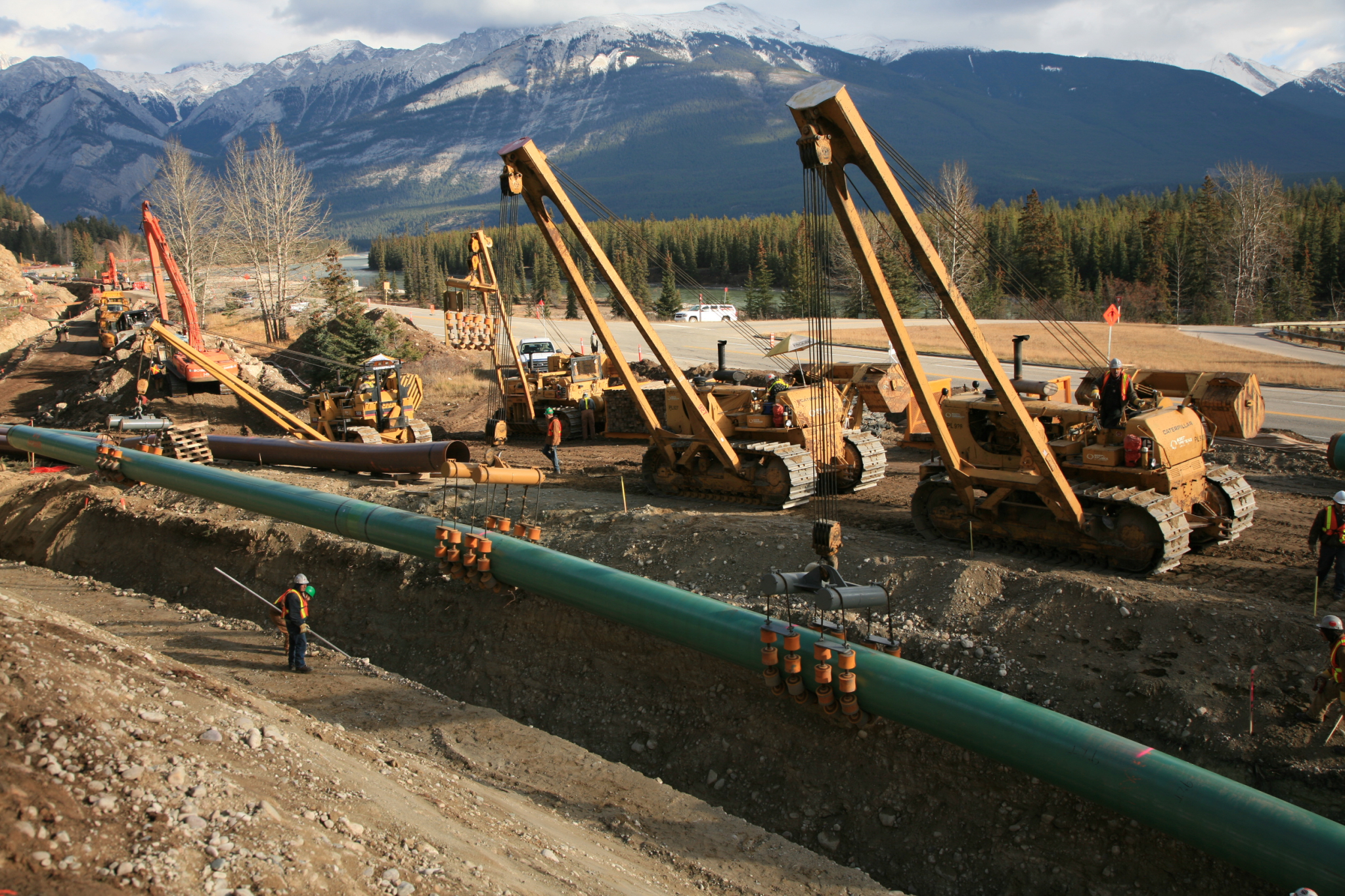 Construction of the Trans Mountain pipeline is seen in this undated company handout photo.
Previous story
Next story

A version of this opinion piece originally appeared on the author's blog. It has been edited and republished with his permission.

On December 26th, 2018 the National Observer published an opinion article titled Discount Frenzy: The dirt on discount oil by Will Horter, the former executive director of the Dogwood Initiative.

The opinion piece starts with a common error that Alberta heavy oils represent an inferior quality product. I have encountered this error so many times that I have already written a full post debunking this error. Activists seem to have this mistaken idea that for crude oil, light means good and heavy means bad.

Arguments that the National Energy Board has itself said that Alberta's crude is of a lower quality are at best a simplification of NEB research building on an earlier report which says that "compared to light crude oil, refining heavy crude oil typically yields higher proportions of lower value products, all else being equal."

This language is used because for comparison they are using involves both heavy and light crudes being sent to the same standard refinery. Except heavy crude is sent to high-conversion refineries in the Gulf Coast, the Midwest and in Asia where heavy crude produces higher margins and more product per barrel with less waste. That is why they are willing to pay a premium for "lower quality" oil.

The author of the National Observer opinion article then claims that the $10-$25 discount between Alberta’s Western Canada Select (WCS) and Western Texas Intermediate (WTI, a light crude) is due to a difference in quality, even though anyone familiar with world oil prices knows heavy and light crudes usually differ by only a few dollars one way or the other.

The trick is that the author uses the WCS (which is landlocked) for a comparison rather than a heavy crude that is not land-locked. Anyone familiar with oil pricing knows that Mexican crude Maya is the most comparable crude to WCS. They are both low API blends with about 5 per cent sulfur. Looking at the Oilprices.com price chart we see that on December 28th the price of WTI was $45.33 while Maya for delivery to the US Gulf Coast was fetching $48.26 and for delivery to the US West Coast it was getting $48.01.

If heavy crude is inferior why is it selling for more than light? The difference in price is due to Alberta WCS being land-locked, plain and simple.

The next section of the article I want to debunk is the suggestion that the "Trans Mountain pipeline is no solution". This represents a common argument made by the opponents of the Trans Mountain Pipeline expansion (TMX): that if there was really a market for oil in Alberta then surely we would be selling there already. This trope can be easily debunked just by looking at where all the fuel has been going. Dr. Andrew Leach from the University of Alberta looked at the NEB data for all the oil that ran through the pipeline for the last decade. Virtually every barrel that ran through the pipeline was grabbed for use in BC and the Puget Sound, there was very little left over to sell elsewhere.

Consultant @BlairKing_ca responds to @willhorter, disputing notion that Alberta's oil deserves to trade at a discount for any reason other than it is "land-locked, plain and simple."

As for the oil that did make it to Westridge Terminal, it was all gobbled up by the Californians. I pointed this fact out online and Mr. Horter claimed that recent history contradicted my claims. Funny thing, he apparently hasn’t been talking to Greenpeace which wrote an entire report bemoaning all the Alberta crude going to California. Not that the Chinese don’t want to get into the act, they just have to deal with higher transportation costs. But wait, the article claims:

“there is no price premium in Asia. In fact, former CIBC Chief Economist Jeff Rubin concludes “heavy oil … typically trade at more than US$8 a barrel less, not more, in Asian markets compared to the prices Gulf Coast refineries pay.”

No surprises here, that factoid is also suspect. The challenge was trying to figure out where that factoid came from. In the article it links to a paper by Jeff Rubin, an economist who some have argued should not be listened to on this topic. The original citation links the claim to another paper by Mr. Rubin. When you go to that paper you find that it isn’t really something Mr. Rubin generated, this self-citation hides the fact that he actually got the number from a report at the “Price of Oil” website. Go to that report and you discover that the number is not a general one (as suggested in the National Observer piece), rather it is a one-time result from a Reuters story.

So what is the truth? Well, according to Oil Price.com Maya sells at a discount to the Far East. Why does it sell at a discount in that market? Well that is because oil prices have to account for transportation costs.

Maya is derived from the Cantarell and Ku Maloob Zaap oil fields in the Gulf of Mexico. The nautical distance between the Port of Veracruz in Mexico to Shanghai, China is almost 10,020 nautical miles. The two ports are almost as far apart as you can put two ports. This incredible distance results in much higher transportation costs which explains the lower price for that market.

Going back to the West Coast, the nautical distance from the Port of Vancouver to Shanghai is 5,110 nautical miles. By halving the distance the price to transport the oil goes down and the price Albertan producers can get for it goes up. Remember earlier when I talked about all that crude going to California. The trip from Vancouver to San Francisco is only 812 nautical miles and the cost to ship a barrel of oil from Vancouver to San Francisco is only $4/barrel. Given that short trip (and low transportation costs) the Californians can outbid the Chinese for Alberta oil because their shipping costs are so much lower. Given the limited volume of Alberta oil available, the Californians are going to win the battle for the limited supply. Given the transportation cost differential, the fact that any oil is getting to China is a sign of how robust that market is for Alberta oil.

Finally, in the article Mr. Horter claims that “Trans Mountain frequently operates at less than full capacity." But according to the company, the Trans Mountain pipeline is almost always oversubscribed. When asked for back-up for his claim, Mr. Horter provided a link to a story about an Enbridge pipeline which presents an irrelevant link to a web search of the NEB web site. Nothing in the back-up appears to support what the referenced article suggests it does.

An earlier version of this article appears on Blair King's blog, A Chemist in Langley.