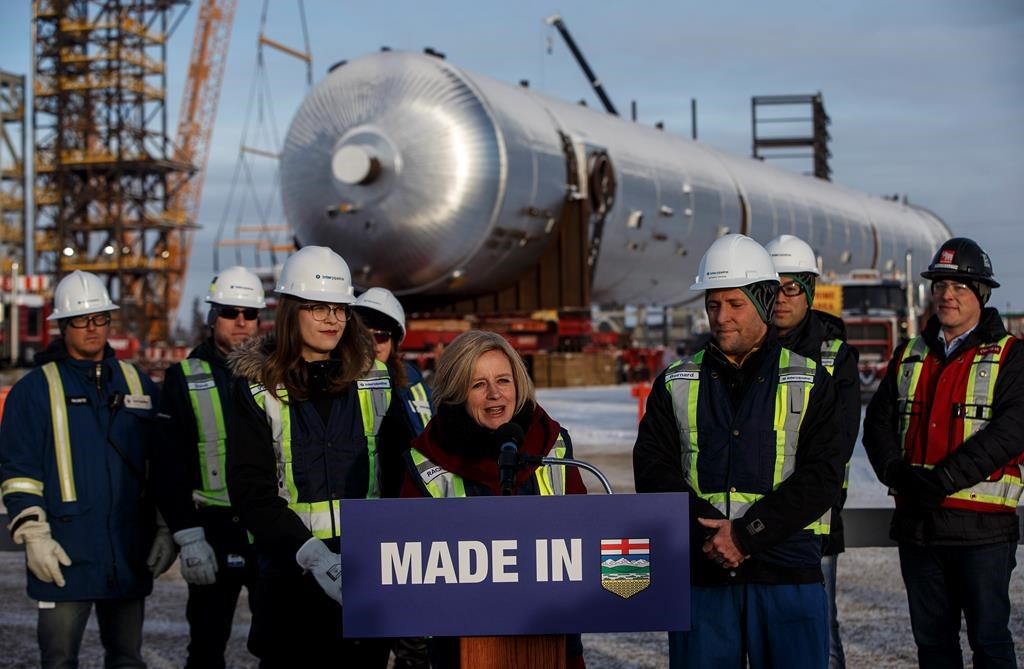 Alberta Premier Rachel Notley expressed frustration again Monday about a lack of progress in completing new pipelines such as the Trans Mountain expansion to boost growth in her province's oil and gas sector.

She said that's probably a good thing as removing Sohi before the outcome of a court-ordered Indigenous consultation by the National Engery Board would be likely to cause even further delay.

"Albertans still need the federal government to step up and support the industry while we are trying to get through this ridiculousness of having not enough capacity to get our oil and gas to market," Notley said.

Notley announced late last year that her government will buy rail cars to transport an additional 120,000 barrels a day, which would increase the amount of oil being moved by rail in Canada by one- third.

Discussions about a purchase agreement are ongoing, she said.

She was asked whether the current Liberal government should receive another mandate from voters in a federal election expected later this year.

"The facts of the matter is that the previous government, which happened to be from a different political party, also didn't get it done," she said.

"Quite honestly, the considerations that have led to the ridiculousness that Albertans are so frustrated with right now ... has been in the making for decades."

The federal government bought Trans Mountain and its expansion project for $4.5 billion last summer only to have the Federal Court of Appeal strike down the energy board's approval. The court said there had been inadequate Indigenous consultation and failure to consider impacts on the marine environment.

The board's final report needs to be submitted to the federal cabinet by Feb. 22.

Notley said partisanship should have nothing to do with support for the resource sector, which is an economic engine for the rest of Canada.

The current federal government has at least accomplished one thing, she said.

"There was decades of factors that were at play which led to the instability that jeopardized that project. We did get the federal government to buy the pipeline. That's not nothing. There is a vested interest they have now in getting this darn thing built."

with files from Bill Graveland, The Canadian Press

Not very smart Rachel. Canadians want to leave it in the ground, we want to use renewable energies and shut down the fossil fuel industry. And we will. The more you complain about pipeline progress, the less there will be. Why don't you understand this? Let zJason Kenney lead Alberta, he'll be easier to shut down. At least you pretended to be socialist.