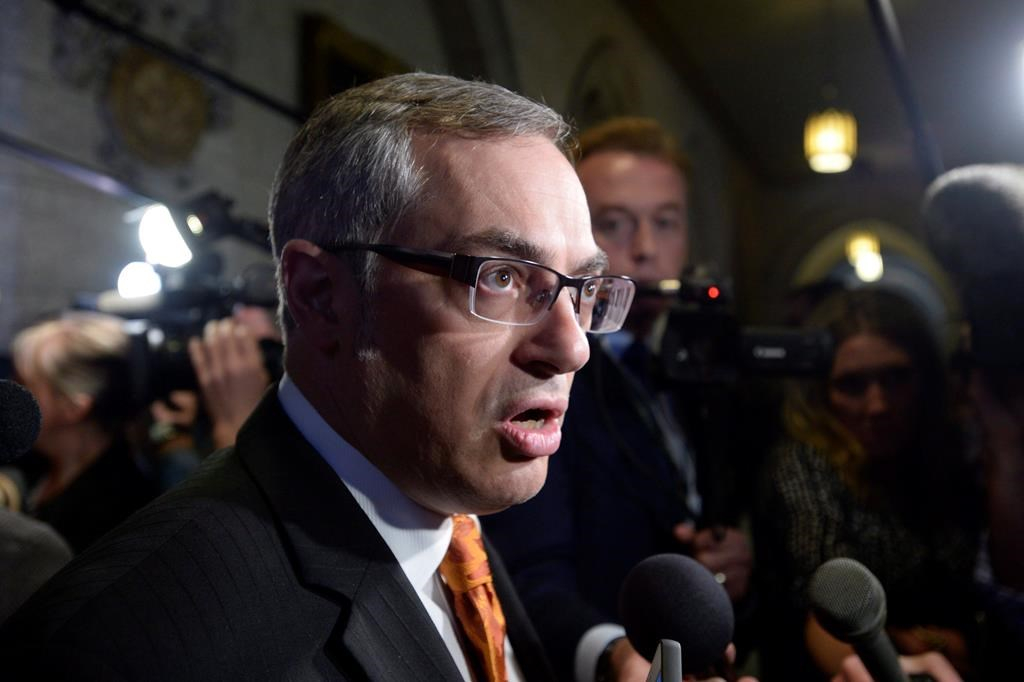 Treasury Board President Tony Clement fields questions in the foyer outside the House of Commons in Ottawa on May 11, 2015. File photo by The Canadian Press/Adrian Wyld
Previous story
Next story

Two men in Africa's Ivory Coast have been charged for attempting to blackmail Canadian MP Tony Clement by posing as a woman online and demanding money after Clement shared explicit sexual images with them.

RCMP have confirmed the two men arrested by the Ivory Coast's cyber-crimes unit recently were charged in connection with Clement's case.

In November, Clement asked the RCMP to investigate after he admitted to sending sexually explicit images to what he believed was a “consenting female," but later learned was an online account being run by “foreign actors” trying to extort him for 50,000 euros.

Clement was booted from the Conservative caucus in November after admitting to having had inappropriate online relationships with more than one woman.

The suspects in the extortion case against Clement and one other alleged victim are being identified by Ivory Coast officials only by the initials CH and DML.

Information published by the African police agency says the two suspects have been questioned, and the RCMP says it continues to work with international partners on the case.

Scheer should have booted Clement from caucus right away: Tory consultant