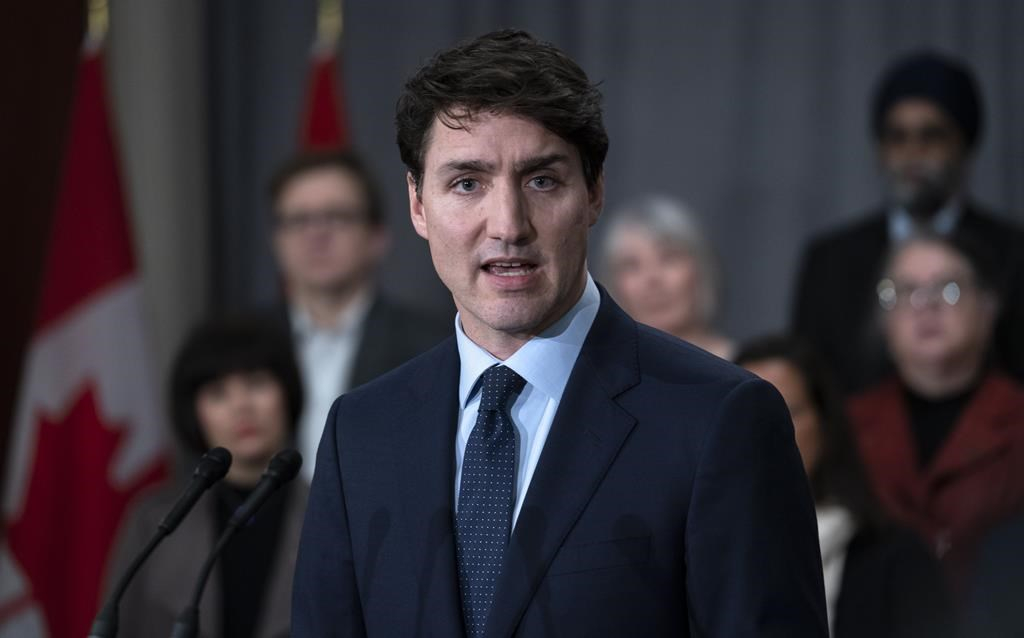 Prime Minister Justin Trudeau says $2.2 million will be spent over five years to help people at a northern Saskatchewan school recover from a deadly shooting.

Trudeau made the announcement during a stop Wednesday in La Loche, about 700 kilometres northwest of Saskatoon.

The visit comes one day after the third anniversary of shootings at the high school and at a home in the remote Dene community that left four people dead and seven injured.

"When I was here in 2016, I told this community — the students, teachers, parents, friends — that we were standing behind you, that all of Canada was supporting you as you healed," Trudeau told a packed gymnasium at the Dene High School.

"So when you asked for more help, our government listened, and responded."

Trudeau said the money is to fund new programs and resources at the school, including cultural and language-based programs and on-the-land activities, as well as mental-health services for students.

"As a father and a former teacher, I know that any educator or parent will say the same thing: that our No. 1 job is to set our kids up to thrive. As a government, it's our responsibility too.

"Every day, as you learn in these classrooms, and walk through these halls, you remind us that even out of tragedy, hope will find a way."

The school held a grand reopening on Friday to mark the completion of construction on the front entrance, the washrooms and a wellness area.

A student who was weeks away from his 18th birthday when he killed teenage brothers Dayne and Drayden Fontaine at their home before he fatally shot teacher's aide Marie Janvier and teacher Adam Wood at the school.

He was sentenced as an adult to life in prison with no chance of parole for 10 years. The shooter is appealing his sentence and can't be named.

Premier Scott Moe also announced at the event Wednesday that money will be spent to build new housing for teachers and health-care staff in the community.

The province is working with a construction company in La Loche on the $3-million project.