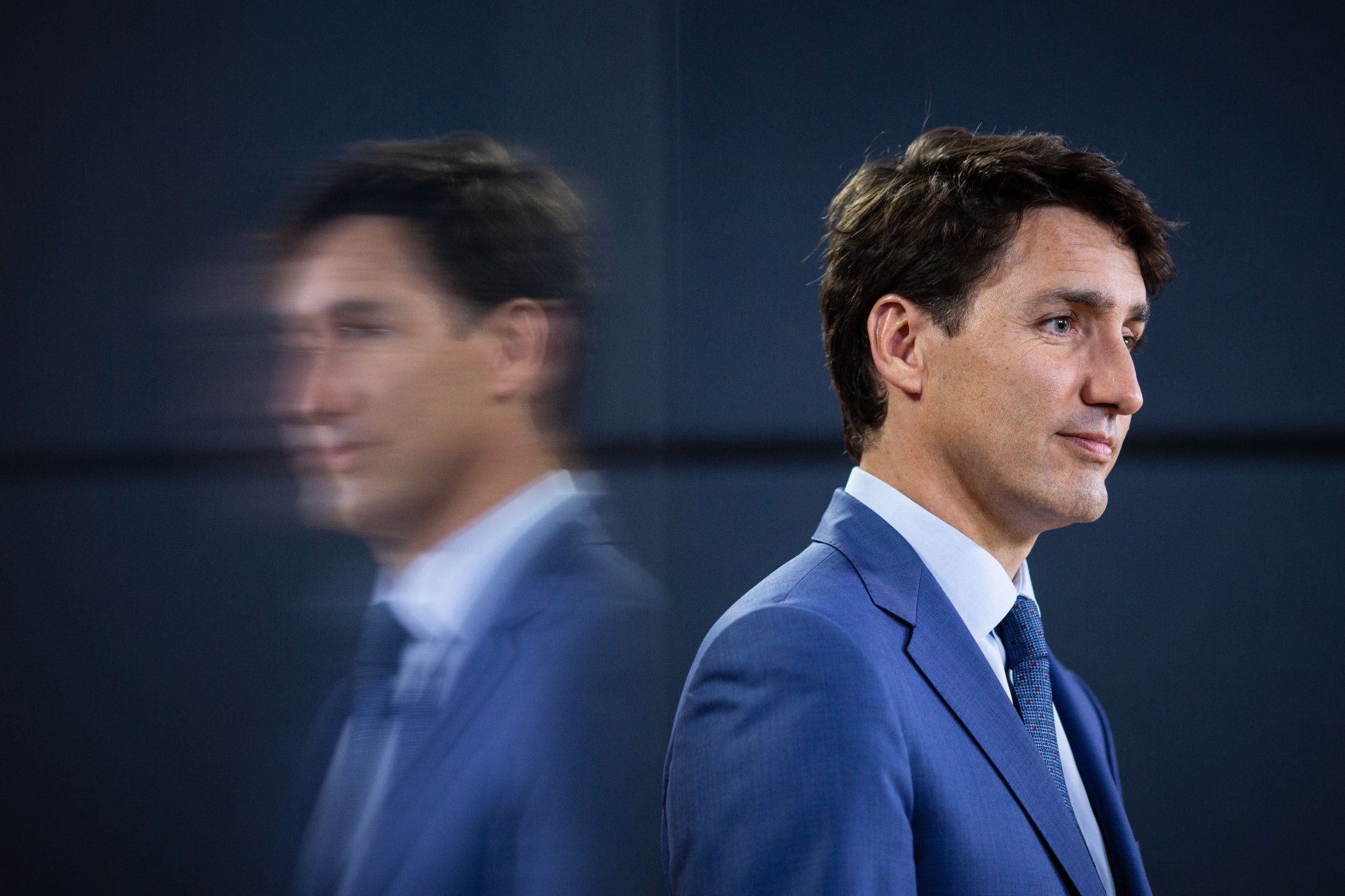 Ottawa seems not to have noticed that major multinationals have pulled out of the oilsands selling to mainly Canadian-based producers whose debt loads are too high to satisfy investors that it’s financially prudent for them to expand. Overpaying for reserves that are threatened to become stranded assets makes sophisticated investors skittish.

Statoil planned to invest $10 billion in oilsands expansion until it divested itself of future oilsands obligations in 2016. Marathon Oil and Royal Dutch Shell exited the oilsands shortly thereafter. As Shell CEO, Ben van Buerden, explained in early 2017 when the company shed its holdings, “societal acceptance of the energy system as we have it is just disappearing.” Then ConocoPhillips hit the road, selling to Cenovus, who is now in the weakest position of all the remaining major players.

So, what’s left? Oilsands producers may say a lot of things about their future expansion plans, but what matters is a final investment decision. What they are saying through those decisions is that only about 250,000 barrels a day of additional supply will become available in the foreseeable future. By 2022—which is the earliest date Trans Mountain could become operational—supply is expected to begin a gradual decline as oilsands extraction projects become depleted. This market driven outlook is based on operating, under construction and new projects green-lit by corporate boards, not political spin.

Industry’s outlook is also consistent with a view of the future scientists say is necessary if the rate of increase in the planet’s temperature is to be contained.

The graph below illustrates the difference in the two oil supply outlooks. The blue line reflects Trudeau’s politically-motivated scenario as compared with the red line which reflects investment decisions of industry. The gap between the two lines is the oilsands supply that requires billions in new investment that market conditions and global warming realities tell us will not occur without significant direct and indirect taxpayer funded subsidies.

Given Trudeau’s rhetoric on the need for meaningful action against climate change, you would think he would leap at the chance to embrace an environmentally responsible forecast consistent with an industry-driven supply outlook as reflected in the red line on the graph. He hasn’t.

Ottawa confirmed last month that the blue line is Trudeau’s supply outlook in response to a request I made to the Prime Minister’s Office. Natural Resources Canada spokesperson Vanessa Adams explained in an email December 14, 2018: “As part of the initial review of the TMX project submitted documents to the National Energy Board showed that Western Canadian heavy crude oil is anticipated to grow in the coming years.”

There is only one supply outlook document that was submitted to the NEB and that is the one prepared by the Canadian Association of Petroleum Producers (CAPP) in early 2015. Almost half the major companies surveyed by CAPP for that outlook are no longer around.

Trans Mountain’s consultant, Muse Stancil, relied on CAPP’s overly aggressive 2015 supply figures but since CAPP provided figures that extended only to the year 2030, Muse took it upon itself to extend the outlook another five years to 2035. Muse then used these aggressive figures as input into its linear programming model to prepare its exaggerated benefits case.

Muse erroneously concluded that rapid oilsands growth will lead to significantly higher prices for Alberta’s heavy oil, then exposed its lack of understanding of how the market works by applying those higher prices to all barrels supplied. Larger errors and serious misrepresentations touting the benefits from the expansion cascade from there.

Everyone knows that when supply increases, prices fall. It’s not just economic theory that tells us this, but market reality. But, as I learned as an Intervenor during the initial Trans Mountain review, the NEB has no intention of testing whether the methodology underlying the benefit figures make sense, so Trans Mountain can easily get away with a contrived and industry biased assessment.

CAPP’s outlook is not a forecast. It is a survey of oilsands producers’ intentions undertaken in early 2015 when major heavy oil producers, like Cenovus, believed that WCS oil prices would recover to $80US a barrel by 2018 and continue an upward trend. The facts show us just how misguided expectations were. Cenovus’ price expectations were off by more than a hundred percent. In 2018, WCS averaged $38US a barrel and market factors do not suggest much of an improvement in heavy oil pricing in the years ahead.

The NEB doesn’t care that CAPP’s rosy picture of future supply is questionable or that it is seriously outdated. During its Reconsideration Review the NEB ruled it will only consider economic benefit documents submitted by Trans Mountain during its earlier review.

The NEB is relying on a supply outlook based on oil producers’ intentions in early 2015 and will use this scenario and the discredited benefits that come with it, to recommend to Cabinet—in 2019—whether the project’s benefits outweigh the environmental burdens from the expansion. Rigging the weighting of benefits to burdens in this manner will make it easy for the Board to assert economic benefits outweigh environmental burdens and thus recommend the project proceed.

In turn, as Ottawa has confirmed, Trudeau and his cabinet will continue to rely on this delusional supply scenario when it re-approves Trans Mountain’s expansion.

Effectively, there are two serious economic issues Canadians need to be aware of as the NEB’s Reconsideration Review draws to a close.

The first is that Trudeau’s oilsands rapid supply growth outlook is not attainable without serious, and ongoing, taxpayer funded subsidies to motivate oil producers to invest in major projects.

Overpaying for Trans Mountain, covering the costs of the Oceans Protection Plan when oil producers said in 2012 they would pay, subsidizing toll rates, and forcing taxpayers to pick up a hefty part of the expansion’s capital costs isn’t going to be enough. Oilsands producers are going to have to receive huge giveaways in order to underwrite expanded oilsands supply.

Trudeau’s supply scenario also means Canada will be unable to meet commitments made in Paris in 2015, bringing into play another layer of huge public expense as the economic fallout from not addressing climate change continues to mount.

The second issue is that the industry outlook scenario—the scenario that is likely unless Trudeau heavily subsidizes oilsands growth—means there are no economic benefits from Trans Mountain’s expansion, only significant economic costs and unused pipeline infrastructure. This is because Enbridge Line 3 and other capacity enhancements Enbridge has recently announced are more than sufficient to meet export demand well beyond the time required for a safe transition to a carbon contained economy.

In late December, Enbridge explained to its investors that by the second half of 2019, “Line 3 will then add 370,000 barrels per day, but the additional Mainline optimizations that are there total about 450,000 a day.” Enbridge is able to bring on more than 800,000 barrels a day of capacity before Trans Mountain could ever be built, while the industry is only planning to produce an additional 250,000 barrels a day.

Serious excess capacity is on the horizon, particularly since Keystone XL is now underway and will add another 830,000 barrels a day of pipeline space before Trans Mountain’s expansion is expected to come on line. Last week, the NEB approved TransCanada’s pre-construction work for the North Spread winter clearing activities along the Canadian portion of the route. Keystone XL still faces hurdles, but none that will be nearly as difficult to clear as Trans Mountain’s.

It is madness pretending that Trans Mountain’s expansion is financially or economically viable. A return to sanity begins with getting realistic about the supply of heavy oil in a world that knows — even if Trudeau won’t take his head out of the oilsands — that neither the economic system nor the ecosystem can, or will, support rapid oilsands growth.

Thank you Robyn. Trudeau seems to try to be all things to all people. That doesn't work. His 4.5 billion dollar boondoggle is ill timed and a waste of taxpayers, hard earned dollars. It seems a simplification to say he just wasn't ready...but that is fact. His track record speaks for itself. His legacy is assured.

Thanks for bringing logic and

Thanks for bringing logic and truth to the table of political gaming and absurd thinking. Still, the generlly unspoken notion of ‘follow the money’ won’t go away, sadly. When will politicians really speak and act for people of Canada? Will it ever change, probably not, Canada could have led the way to a better way of life, alas the policians got in the way.

I am sick and tired of

I am sick and tired of Trudeau wasting OUR money. Why do politicians only rely on information that supports their already decided position. Trudeau should remember his grand children will have to live in what is left of Canada. But who do we vote for? I sure don’t want the Conservatives back in. They got us into this mess. Maybe we need to be really brave and all vote for either the NDP or the Green.

Sadly prophetic. The list of fossil-fuel subsidies in AB and Canada is decades long and billions of dollars wide. In sunny Alberta, the sky is the limit on fossil fuel subsidies.
AB's NDP Govt has been throwing billions of dollars in subsidies at the fossil fuel industry. Plans to spend north of $1 billion on rail cars is only the latest example.
The public was a stakeholder in the oilsands sector long before Lougheed invested public money in Syncrude.
Let's not kid ourselves. The AB Govt is IN the oil business.

That's not counting the massive invisible subsidies for fossil fuel pollution and climate change. The (externalized) costs of using the sky as a free dump are astronomical.
Fossil fuel producers and consumers download those costs to the public purse, the environment, and future generations.

Solution: Don't enable the enablers. Send our pseudo-progressive parties a strong message. Either vote Green or stay home in 2019.

Time for PLAN B.

Time for PLAN B.