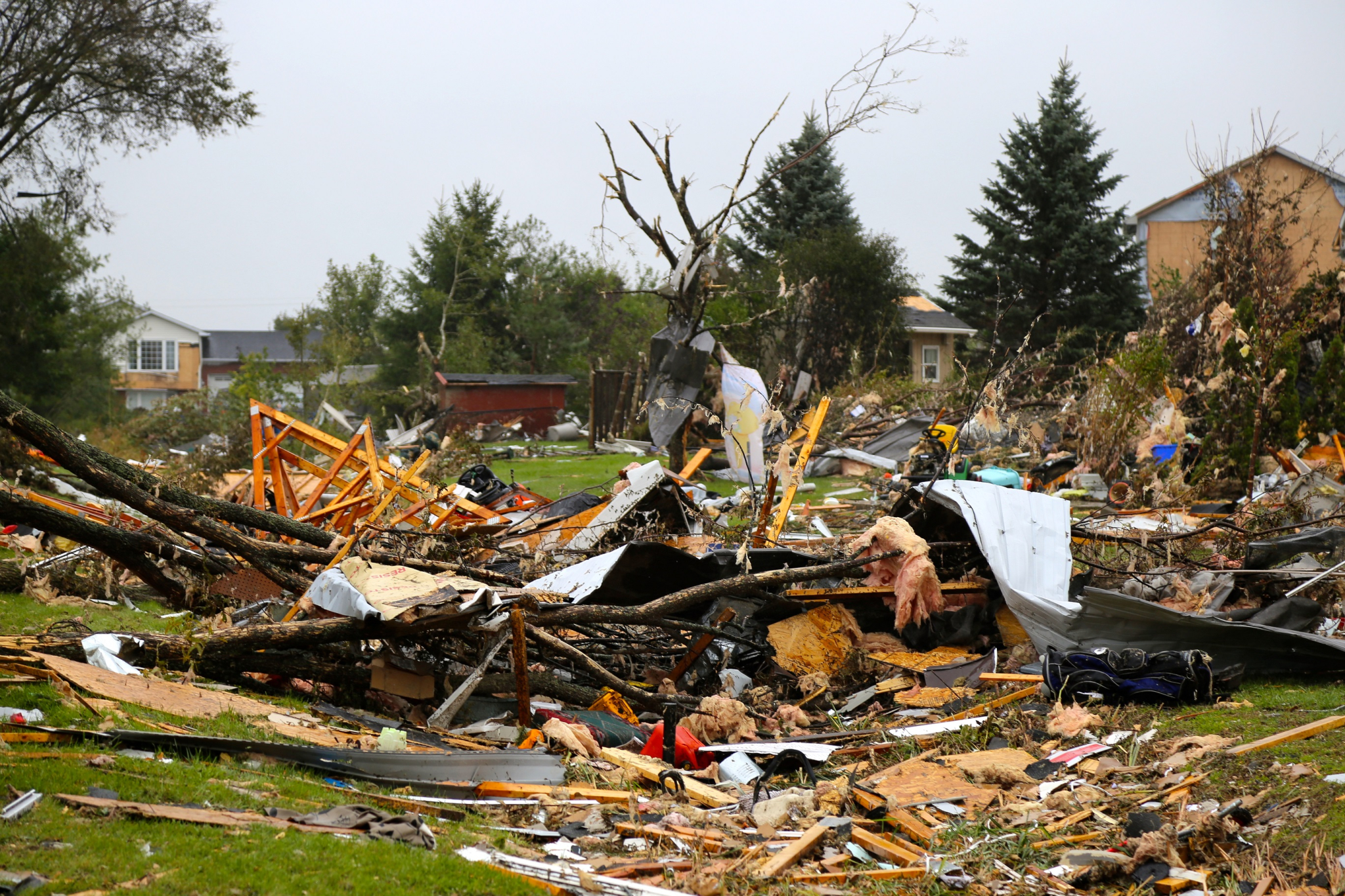 When freak tornadoes struck the Ottawa area in September, the bill to repair civic buildings came to almost three quarters of a million dollars.

Mayor Jim Watson said the city had to cough up the money — it couldn't access a key $2-billion federal fund meant to help communities manage the risks of extreme weather, he said, because Ottawa's expenses weren't high enough.

The federal government requires each project in its Disaster Mitigation and Adaptation Fund to have a minimum $20 million in eligible expenditures. The fund invests in new, reinforced or expanded public infrastructure, to guard against natural hazards.

It’s a rule Canadian mayors want to see loosened, after a wild 2018 that saw record wildfires and cold snaps, as well as fierce wind storms, flash floods and heat waves across the country.

“We spent about $700,000, the city of Ottawa, to repair just civic buildings," Watson told National Observer Monday, speaking on the sidelines of the Big City Mayors Caucus at the Chateau Laurier hotel in downtown Ottawa. The six tornadoes across eastern Ontario and Quebec last year caused $295 million in insured damage.

“We didn’t receive any (of that) funding from the federal government, because (our funding) was not eligible, because it didn’t meet that threshold,” said Watson. “We’re fortunate that we’re a big enough city that we can absorb that — but I’m thinking of a lot of smaller municipalities.”

One of the tornados hit Kinburn-Dunrobin and knocked over trees, ripped through homes and slapped around cars, before crossing the Ottawa River to hit the Luskville, Que. area and finally the Mont-Bleu neighbourhood of Gatineau. Que.

Another tornado hit two other Ottawa neighbourhoods. Hundreds of thousands of customers ended up without power for days. Bryce Conrad, Hydro Ottawa president and CEO, said at the time that the damage “was arguably as bad as — if not worse than — the ice storm of 1998."

Ottawa did receive $1.5 million from Ontario to help with debris cleanup, such as tree removal. As well, residents who were hit by the storm could also apply to the province to have some expenses covered for primary residences or small businesses not covered by insurance.

But Watson said if West Carleton, the area that contains Dunrobin, had been on its own, as it was before being amalgamated with the City of Ottawa, “there’s no way they could have afforded to fix up their community centres and hydro poles, and so on.”

'Mayors are on the front lines' with extreme weather

Watson and other members of the Federation of Canadian Municipalities (FCM) are hoping the government allows cities with smaller projects in mind to access the fund, so they can better deal with increased “variations in climate" that Environment and Climate Change Canada has warned is coming.

The association also wants to see the fund topped up with another $2 billion in this year's federal budget, and it wants to "explore longer-term financial tools" for climate resilience in urban areas.

Cities are facing at least $43 billion in climate change costs by 2050, and every $1 billion invested avoids $6 billion in disaster costs, the FCM said, citing figures from national environmental consultants and greenhouse gas reports, and the National Institute of Building Sciences.

"Mayors are on the front lines” as extreme weather gets worse in Canada, Don Iveson, the mayor of Edmonton and chair of the Big City Mayors Caucus, said during a press conference. "Building a more climate-resilient Canada," he said, starts with cities.

All regions of Canada are warmer than ever on average, receiving less snow and with more frost-free days, longer wildfire seasons and harder rainfall during storms. Scientists say climate change is making extreme weather more intense and more frequent.

Last year was British Columbia's worst fire season on record, beating the previous record set the year before. A massive rain storm in Toronto in August led to flooding across the city. A late spring, followed by historic drought and early snow in the prairies led to a tough harvest.

Most people and property are generally concentrated in or near urban areas. Yet while cities are the "most vulnerable government to climate change in Canada," they also have the least resources to deal with the issue, University of Waterloo professor Jason Thistlethwaite told The Canadian Press.

Thistlethwaite co-authored a recent study of 63 municipalities, published in the peer-reviewed journal Climatic Change, that showed most Canadian cities haven't assessed their vulnerability to specific climate change impacts, and have big gaps in preparation.

By The Canadian Press | News, Politics | November 26th 2018
Race to a Safer World

JIM not Jeanette, so.... why aren’t we transitioning faster? The fact that things will never get better and the costs of inaction will only continue rise, it only makes common sense to chose a path that has a future instead of defaulting to HELL on EARTH!