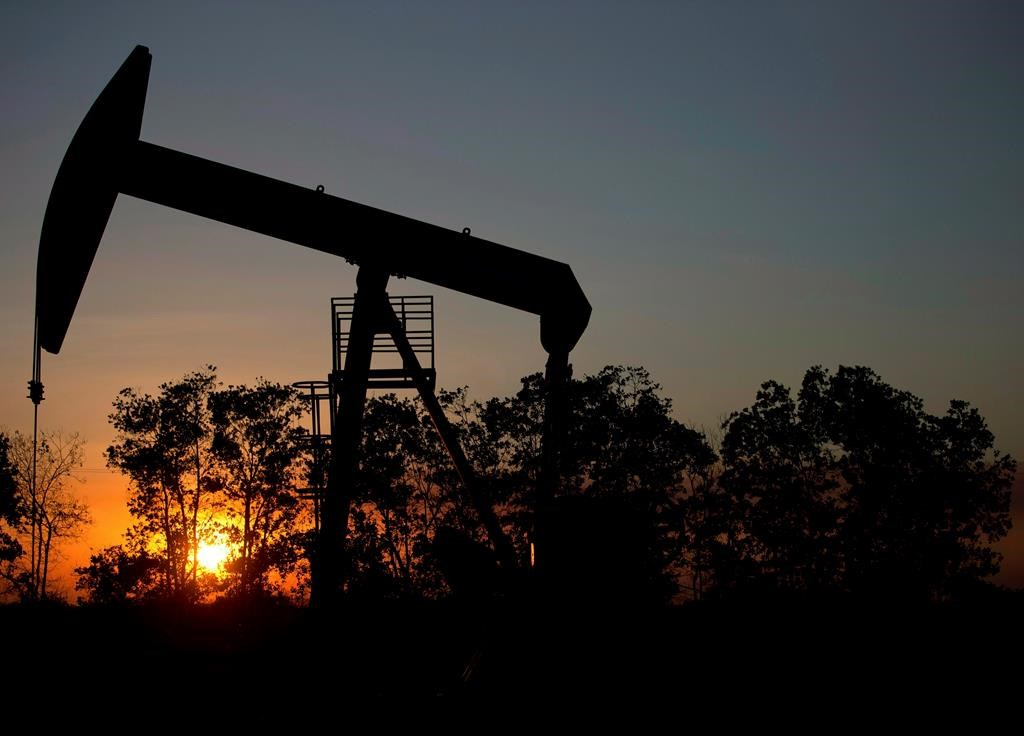 In this Feb. 19, 2015 file photo, the sun sets behind an oil well in a field near El Tigre, a town within Venezuela's Hugo Chavez oil belt, formally known as the Orinoco Belt. File photo by The Associated Press/Fernando Llano
Previous story
Next story

A lack of export pipeline capacity means Canada will not be able to boost shipments to take advantage of U.S. sanctions against Venezuela's national oil company, analysts say.

The sanctions announced Monday against PDVSA are designed to interrupt the flow of oil money to the government of President Nicolas Maduro, putting pressure on him to step aside and allow opposition leader Juan Guaido to fill in as interim president.

Mexico and Iraq are instead most likely to benefit in the race to replace Venezuela heavy crude imported for processing at refineries on the U.S. Gulf Coast, analysts at RBC Capital Markets said in a report.

"While the general belief is that Canadian heavy barrels should benefit with the demise of Venezuela, the notional degree of market share up for grabs for Canada is not as large as for competing countries," they said.

"Until the ongoing pipeline issues are addressed, crude-by-rail is simply not as scalable as increased shipments from Mexico or Iraq. More importantly, Canada does not have much of a footprint at key refiners of Venezuelan crudes."

It's unclear how much Venezuelan oil will be diverted because, under the sanctions, U.S. refiners will still be able to buy oil from PDVSA but the proceeds from the transactions will be set aside for the use of a new government in Venezuela.

The country sends about 40 per cent of its 1.3 million barrels per day of oil exports to the United States, RBC noted.

It added those shipments have fallen to about 505,000 barrels per day from over 900,000 bpd earlier this decade and Venezuela now supplies only 13 U.S. refiners, down from 22 seven years ago.

Western Canada is the third-largest supplier behind Mexico and Venezuela to the U.S. Gulf Coast region but it is "plagued by egress and policy challenges," RBC said.

If a shortage of heavy crude develops in the U.S. as expected, it will likely increase prices throughout the North American market, including in Canada, said Kevin Birn, vice-president of North American crude oil markets for IHS Markit.

"Over the past three or four years, as Venezuelan production has plummeted, we've seen a tightening of the heavy oil market and we think Canadians have benefited in that the price difference between light and heavy globally has tightened," he said.

"That said, the local differential (due to market access limits) has muted or covered or eroded the majority of that potential benefit to Canadians."

The Alberta government's production curtailment program that began Jan. 1 — designed to draw down a glut of trapped oil in Western Canada — means there is less oil available to increase exports, he said.

Even if that program was halted, there wouldn't be enough capacity on pipeline or rail to greatly increase shipments south, he said.

Venezuelan diaspora in Canada holds out hope for democracy's return