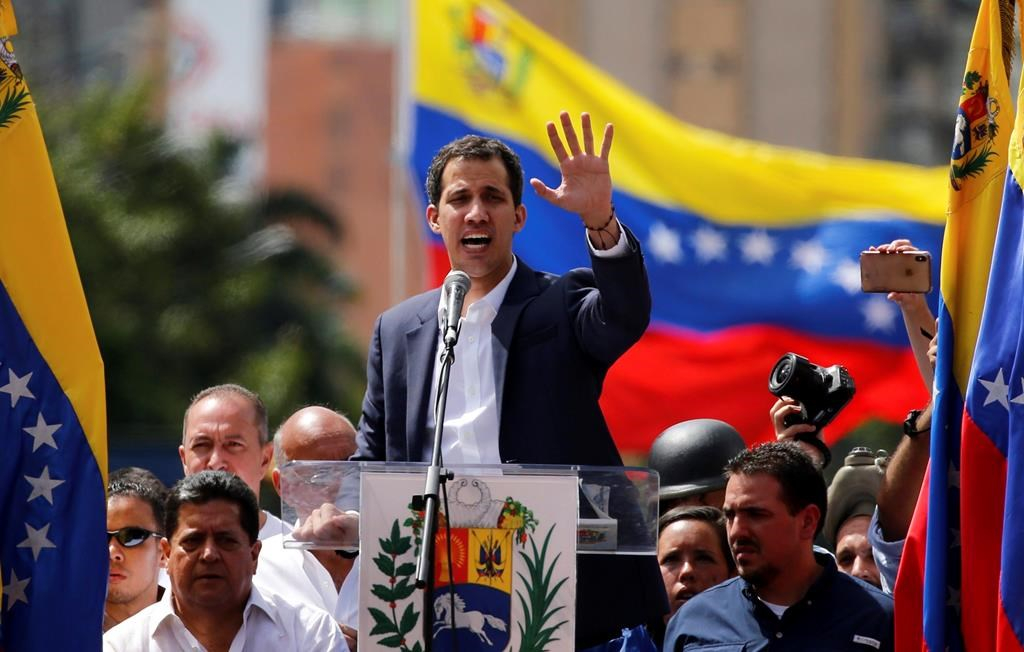 Juan Guaido, head of Venezuela's opposition-run congress, speaks to supporters at a rally where he declared himself interim president until new elections can be called in Caracas, Venezuela, on Jan. 23, 2019. Photo by The Associated Press/Fernando Llano
Previous story
Next story

A statement from the Lima Group, which includes Canada and 10 Central and South American nations, expressed full support for Guaido.

The move came as Guaido declared himself interim president, just two weeks after Nicolas Maduro was sworn in for a contested second term.

Canada has accused Maduro of seizing power through fraudulent, anti-democratic elections in May of last year.

Earlier this month it rejected the legitimacy of Maduro's new presidential term, calling on him to immediately cede power to the democratically elected National Assembly until new elections are held.

Canada said the suffering of Venezuelans would only worsen should Maduro continue to cling to power.

The United States has also endorsed Guaido and called on Maduro to step down.

The Lima Group said Wednesday it supports a process of democratic transition in Venezuela, including new, fair elections involving all political players.

The group also called for the rule of law and maintenance of social peace while the transition takes place.