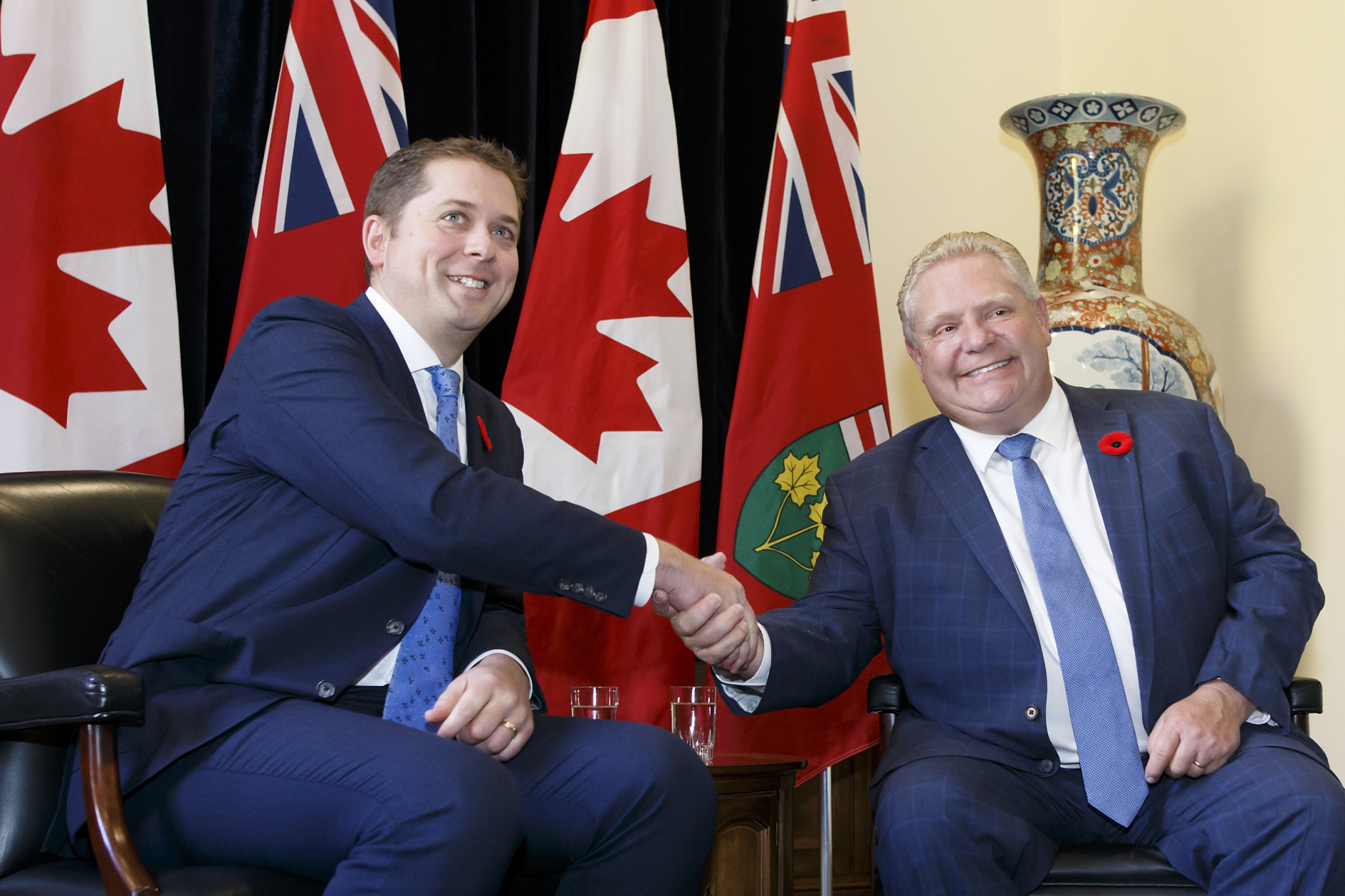 Public outrage over Doug Ford's claim his Ontario government cut funding to student unions to fix "Marxist nonsense" is growing, with politicians and education unions decrying an expected hit to a broad range of services.

Ford delivered his complaint about students earlier this week in a fundraising email that called for Progressive Conservatives to send money in support of his government's efforts to stifle the free speech of students. The email specifically noted that the government was making it optional for Ontario university and college students to pay some fees that were previously attached to their tuition. Ford said that this change would help his government stamp out the expression of some political ideas.

“I think we all know what kind of crazy Marxist nonsense student unions get up to. So, we fixed that. Student union fees are now opt-in,” said the pitch for political donations, signed by Ford himself.

Ontario Green Party Leader Mike Schreiner suggested that Ford was getting carried away by his imagination.

"We can’t allow the premier’s irrational fantasies of a red scare on campuses to lead to cuts to student services, attacks on student democracy and cuts to university and college budgets," Mike Schreiner, the leader of the Ontario Green Party, said on Twitter.

We can’t allow the Premier’s irrational fantasies of a red scare on campuses to lead to cuts to student services, attacks on student democracy & cuts to univ & college budgets. @fordnation’s attack on post secondary education will hurt our economy and quality of life. #onpoli

Asked about the language used in the email and the intent behind the policy move, the Tories said the initiatives referenced provide "greater transparency and choice to students when making financial decisions about their post-secondary education."

"Ultimately, students deserve the final say in how their money is spent," party spokesman Marcus Mattinson said in an email. "Students as a result will choose the groups and services they wish to support."

But critics are skeptical about the governing party's explanations.

“It was a revealing if rather clumsy moment for the PCs,” said Gyllian Phillips, the president of the Ontario Confederation of University Faculty Associations, which represents around 17,000 academic staff in the province.

“The characterization of student unions is patently incorrect," she said in an interview. "Student unions are democratically constituted and maintained.”

“For a small price, students have an enormous resource at hand,” she said, adding that universities and colleges will scramble in the months ahead to make it possible for students to choose which of those services to support by a voluntary contribution.

While it is not clear exactly how much of their operating budgets each university's student union will lose as a result of the move, Phillips said that a similar move in Australia two decades ago had a “devastating effect on student unions” there.

“This is an unfounded, unwarranted attack on young people who are serving their fellow college and university students," the NDP's higher education critic, Chris Glover, said in a statement on Monday.

It doesn't seem like much of a coincidence that Stephen Harper, Donald Trump, Jair Bolsonaro, and now Doug Ford are all spouting off about the giant threat of Marxism, all around us. It's like they were all at the same summer camp together, and don't think the public will notice the intentional and constant hyperbole, meant to characterize the actions and beliefs of any group which demonstrates compassion toward others, respect for evidence and education, and concern for the environment as afflicted by some type of creeping Communism. Clearly anyone who feels we should support public health and education, and reduce our fossil fuel dependency, is going to turn us into Venezuela.

I hope the media will join National Observer in calling out these so-called right-wing "thinkers". At a minimum, they're all guilty of plagiarizing the Propaganda 101 syllabus, but more seriously, they are trying to decry the greatest strengths of free nations and free people, to divide us all, and to attempt to justify and grow xenophobia and intolerance. Harper seems to be a one-trick pony, still imagining that he's the smartest guy in the room, unable to recognize that his contempt for others, and his idolatry of profits over planet and people, should be grounds for his extrusion from any self-respecting church, not to mention government. He's still scuttling around the edges, thinking we don't see him trying to ooze back into power again. He ought to be ashamed. These men are no example for our children.

It's a club of people who

It's a club of people who prefer to believe "we" are okay and "they" are not, so "we" don't have to pay attention to what is happening to "them", "we" just have to stay loyal to "our" tribe.

Yes but there is another

Yes but there is another layer driving their behaviour: people get what they deserve. So whether you got rich swindling or went bankrupt because your child had a medical issue, everyone "deserves" their fate and it is wrong for governments to "interfere" with this social Darwinism.

That is why these (rich white men) trumpet the idea of "competition", rather than compassion, as the key value of human society. It doesn't enter their minds that they got where they are by privilege and inheritance; it is all their own work, brains(!) and sacrifice. E.g. "...I was living on food stamps -- no one was helping me!" - the actor who voiced "Mr. Incredible".

Not sure about the

Not sure about the attribution of that last quote.

It was Craig T. Nelson. Talk

Don't know enough about the

Don't know enough about the premier to even wonder how he spent his late adolescence/early adulthood. Wonder what "Crazy" (marxist" or not) ideas or actions HE got up to?

What is clear despite his poor efforts at obfuscation is that he/his government have taken a vicious swipe at access to higher education for Ontario's students with his OSAP meddling, and now his faux "Choice" offered to students to reduce their fees, is a stupid attempt to throw "dinky dust" in their eyes. Even a drunken first year student can smell the putrid stink of political idiocy.

The real crime here is against his own boast of opening Ontario up for business again. From being one of the best educated work forces, Ford is leading the provincial charge to the bottom. No help for business there.

History demonstrates what happens to governments that make attempts at suppressing students. I am only surprised that this sort of thing is going on in the 21st Century. Then again.... voters in Ontario chose this government.

That would explain it.

That would explain it. Peterson is correct...to an extent...but the good Professor seems naively blind about the damage being done to our society by neo-liberals and neo-conservatives. The WLU incident is a perfect example of neo-marxists who are way out of line but that kind of nonsense can be dealt with by some carefully targeted actions. What Baby Trump is doing is attacking all students to stifle their voice. It's very much the same as policies that make the paying of union dues optional. Beware the other neos!