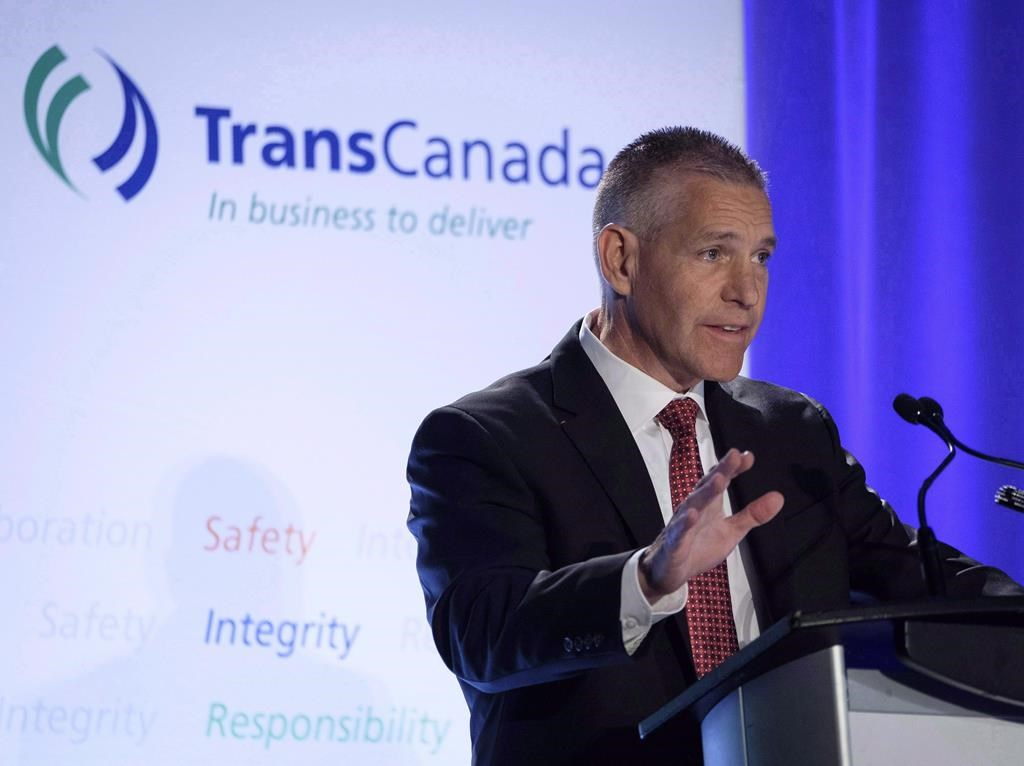 Higher volumes from its growing stable of oil and gas pipelines in the United States and Canada drove improvements in fourth-quarter earnings, TransCanada Corp. reported Thursday.

Oil and gas production growth in the U.S. and full oil pipelines in Alberta — where the provincial government has enacted production cuts to free up pipeline space and draw down overflowing storage — helped drive net income to $1.09 billion, the Calgary-based company said.

"We continue to realize the growth expected from our industry-leading capital expansion program as we place new long-term contracted and rate-regulated assets into service," said CEO Russ Girling on a conference call.

"Simply, the demand for our infrastructure remains strong, driving historically high utilization rates across our systems. That, combined with new assets entering service, resulted in record earnings and cash flow for 2018."

TransCanada also announced Thursday it would raise its quarterly dividend to 75 cents from 69 cents per share, representing its 19th consecutive annual increase.

Comparable earnings for the quarter amounted to $1.03 per share, up from 82 cents per share a year earlier, beating analyst consensus expectations of 96 cents, according to Thomson Reuters Eikon.

"With a $36-billion backlog of projects to drive cash flow growth over the next few years, we see the company as well-positioned to continue to grow cash flow and increase its dividend," Edward Jones analyst Jennifer Rowland said in a report.

Results were boosted by about $4 billion of growth projects that have been placed into service over the past 12 months, the company said.

It had higher earnings from its liquids pipelines segment primarily due to higher volumes on the Keystone pipeline system and increased earnings from liquids marketing activities and pipelines placed in service in the second half of 2017 in Alberta.

The company said it had recovered $470 million in November from the five partners in the LNG Canada joint venture. That's what TransCanada spent in pre-final investment decision costs on the $6.2-billion Coastal GasLink project it's building to supply natural gas to a liquefied natural gas export facility on the B.C. coast.

TransCanada said it now has commercial support for all available capacity on its proposed 590,000-barrel-per-day Keystone XL pipeline from Alberta into the U.S. and has started pre-construction activities.

Earlier this week, Calgary-based oilsands producer Cenovus Energy Inc. said it had increased its shipping commitment from 50,000 to 150,000 bpd on the line, in part by assuming the Alberta government's pledge to use 50,000 bpd of the capacity.

TransCanada said it expects the Nebraska Supreme Court to reach a decision in the first quarter of 2019 regarding a challenge to the Nebraska Public Service Commission's Keystone XL route approval.

TransCanada going ahead with $2.4-billion expansion of NGTL system