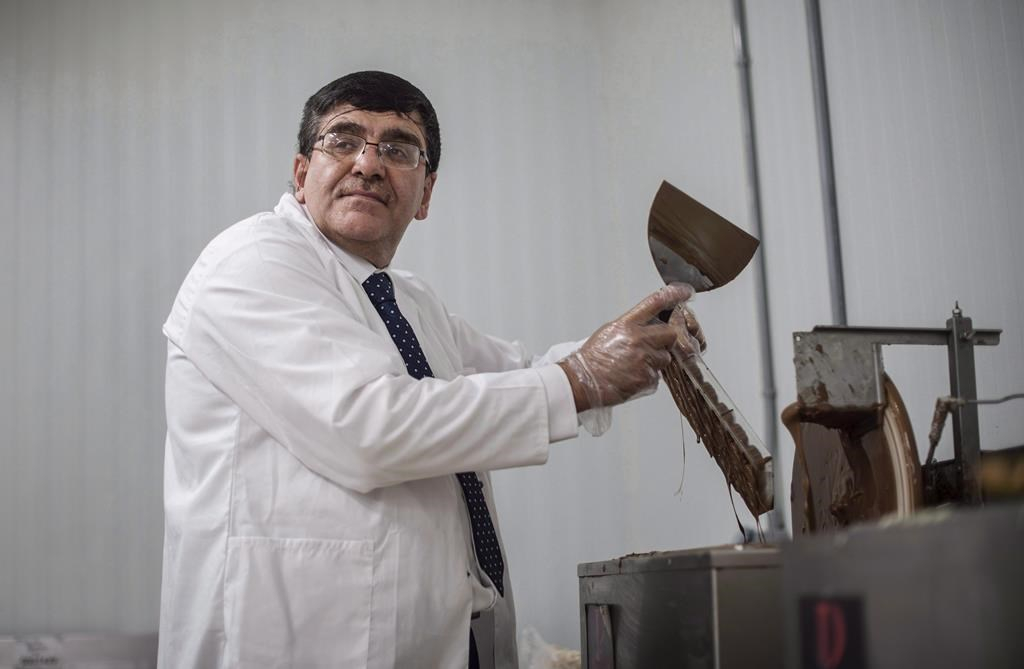 A one-time Syrian refugee who founded a thriving Nova Scotia chocolate company has announced plans to hire and mentor other refugees.

Peace by Chocolate of Antigonish, N.S., has committed to hiring 50 refugees by 2022, and to mentor 10 refugee-run start-ups over the next few years.

The now-famous company was founded by the Hadhad family, who fled their home in war-torn Damascus in 2012. They arrived in Nova Scotia with next to nothing in 2016.

The company was founded shortly after and quickly found success, bolstered by high-profile shout outs like one from Prime Minister Justin Trudeau in an address to the United Nations.

The family's remarkable story has been told around the world.

Tareq Hadhad, CEO of the company, said Peace by Chocolate aims to give back to the country that welcomed his family when so many nations were closing their borders to the Syrian plight.

Now he plans to expand on that vision by giving back to other refugees looking to start new lives -- as Canadians did for his family when they needed it most.

"They (refugees) come here to contribute, they come here to give back to the community, and as a family that lost everything in the world we know how they feel," Hadhad said in an interview.

"Being a refugee is not a choice, it's not a decision, it's not a life goal. These people are fleeing their homes because of war, because of persecution. It is substantial and it's the responsibility for everyone to do his role in supporting these newcomers to Canada."

Hadhad said the roles on offer will include positions in production, sales, and senior management, nurturing the skills and experience refugees bring with them.

Hadhad's father, Assam, ran a chocolate business in Damascus for decades but it was destroyed in a 2012 bombing.

Many of the jobs will be located at new facilities planned for different parts of the country as Peace By Chocolate expands, with locations still being finalized.

Hadhad said he hopes other Canadian businesses will follow his lead and support newcomers.

The chocolatier added that most Canadians have the generosity of Indigenous people to thank for their successes in Canada.

"Everyone when they came here, they received a hand, and now it's the turn for all these settled Canadians to help," he said.

"We want to support other refugees like our community supported us."

They survived war and brutality to get here. Now, they're cooking up a storm.

Peace be upon you, Peace by

Peace be upon you, Peace by Chocolate.