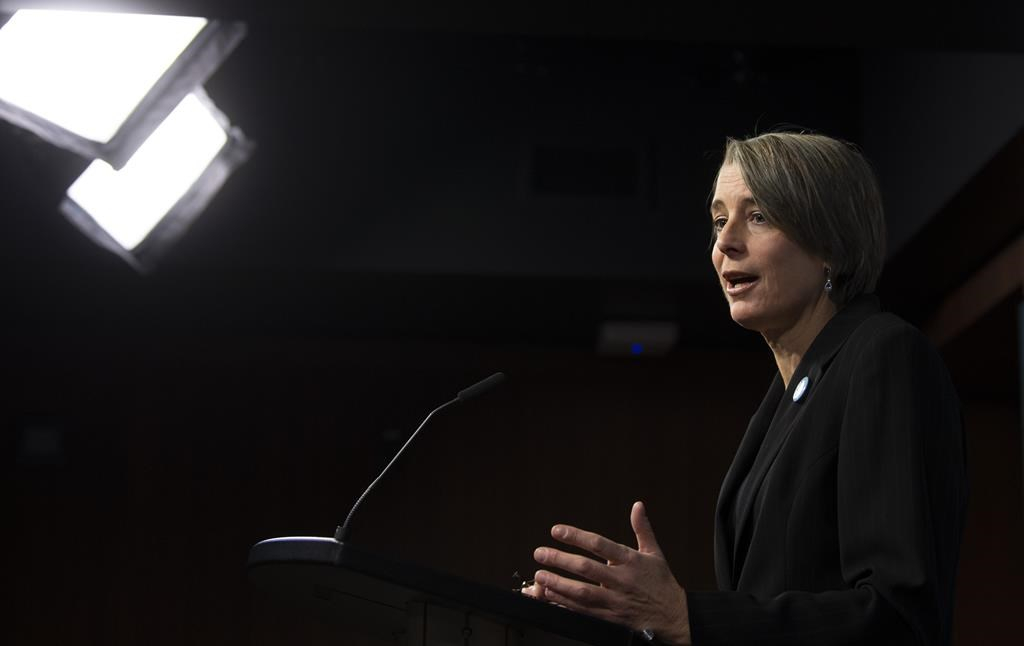 Professional Institute of the Public Service of Canada President Debi Daviau speaks with the media about the Phoenix pay system during a news conference in West Block, on Monday February 25, 2019, in Ottawa. Photo by The Canadian Press/Adrian Wyld
Previous story

One of the country's biggest civil service unions says the upcoming federal budget must include money to launch the replacement of the disastrous Phoenix pay system.

The Professional Institute of the Public Service of Canada (PIPSC) warns that, unless cash is earmarked this spring for a new system to pay federal employees, the tens of thousands of workers affected by the current system's problems could be left in limbo for another year.

Civil servants this month are marking three years since the initial roll-out of Phoenix, which resulted in more than half of all federal employees being overpaid, underpaid or not paid at all.

The government has slowly whittled away at the massive backlog of pay issues that resulted from Phoenix, but it was still dealing with at least 275,000 unresolved transactions as of Jan. 23.

PIPSC national president Debi Daviau says there has been progress toward finding a new system to replace Phoenix.

But with the House of Commons set to rise before summer, in advance of the October general election, civil servants will soon be confronted with a new delay — a government stalled by campaigning.

"You need the money to test and implement and maintain a new system," said Daviau.

"I don't know how it will be possible to replace the system if there isn't adequate funding in the upcoming budget."

Daviau said the government appears to be on a "fast track" toward finding a new pay system, having trimmed the list of prospective vendors down to three.

Progress has also been made in talks aimed at compensating government employees for hardships endured as a result of the pay problems, she said, although the real focus has been on getting a new system that can handle the pay files of more than 300,000 workers.

Unions are also no longer looking for a "fix" of the Phoenix system. Instead, they are hoping that the data from Phoenix can be stabilized so it can be transferred relatively easily to a new system that recognizes the complexity of the federal pay structure.

The Phoenix system was launched three years ago across a limited number of government departments with the goal of streamlining what had become a cumbersome, out-of-date structure. It was also supposed to save taxpayers $70 million annually by eliminating the jobs of thousands of pay advisers.

However, the combined cost of implementing the system and subsequently trying to stabilize it is now estimated to exceed $1 billion.

PIPSC and the Public Service Alliance of Canada are holding events this week to pressure the government to take more concrete action to reduce the Phoenix pay backlog. PSAC said it will hold a rally on Thursday in the national capital region to kick off a series of escalating actions across the country.