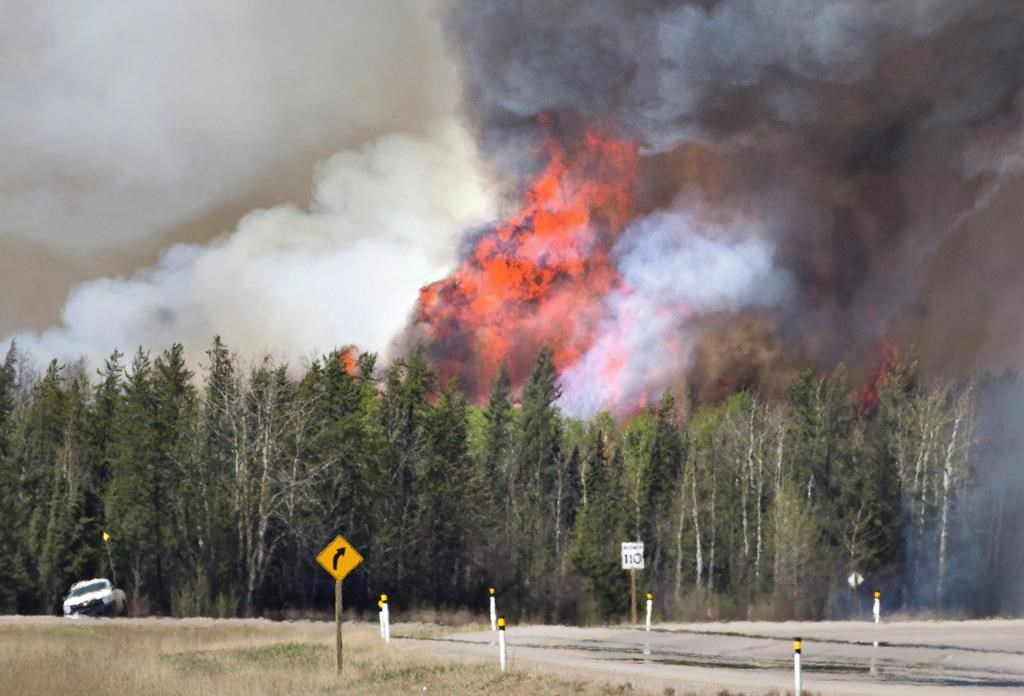 Researchers and forest managers are turning to artificial intelligence in hopes it will help them predict risks of catastrophic wildfires. A wildfire rages in Fort McMurray, Alta., on Friday, May 6, 2016. File photo by The Canadian Press/Jason Franson
Previous story
Next story

Researchers and forest managers are turning to artificial intelligence in the hope it can help them predict the risk of catastrophic wildfires as climate change continues to rewrite the rule book.

It's been the subject of more than 150 recent academic studies, said Mike Flannigan, director of the Western Partnership for Wildland Fire Science at the University of Alberta.

"It is definitely front and centre in terms of the research agendas in terms of wildland fire and will continue to be for the next years," he said.

One insurance company says it has already developed an artificial intelligence program that can assess fire risk well in advance.

Fires are fought before they start, by getting equipment and crews to the right place to fight them early. Once well and truly ablaze, they're tough to stop.

"Once the fire gets to be a crown fire and it's two football fields or larger, it's nearly impossible to put it out until the weather changes," Flannigan said. "You're spitting on a campfire."

The occurrence and severity of wildfires are hard to foresee, said Balz Grollimund of insurance giant Swiss Re. Droughts or forest conditions can be easily considered, but ignition depends on near-random events such as lightning strikes or the presence of roads.

Risk factors such as vegetation type also vary from place to place.

"All these things are very tricky with wildfires," Grollimund said. "We're trying to anticipate where wildfires will occur."

Artificial intelligence is well-suited to find order in a chaotic mass of data, he said.

"You start with your observations. What have you seen in the past decades in terms of where wildfires have occurred and how big they got? And you look for correlations with any factor that might have any impact.

"The question is which data really does have any correlation. That's where the AI comes in play. It automatically figures those correlations out."

Grollimund said he's helped develop an artificial intelligence program that can predict fire risk as far as six months out.

He tested the program by feeding data from November 2015 from across Canada. Working with scientists and computers at the Massachusetts Institute of Technology, he determined where the highest risk for fires would be in the spring of 2016.

"It gives you a seasonal prediction for points on the map in terms of how likely it is to get a small fire or a large fire," he said. "It's a pretty basic output."

The vast majority of fires that did occur in April and May of that year happened in the high-risk zones identified by Grollimund's program.

Flannigan is working on his own artificial intelligence application.

"Picking up the patterns where fire growth and fire starts will be significant is where we're focusing on to see if we can beat traditional methods," he said.

"It looks like we're showing some promise, but I'm very cautious. It will be a long time before it goes into fire management operations."

Artificial intelligence will have stiff competition from Canada's current methods, which Flannigan said work well and are copied globally.

Both men agree that those methods depend on the future being much like the past. Climate change threatens that assumption.

"With climate change, we're seeing conditions and situations that have no real analogue in the recent past," Flannigan said.

Swiss Re's data suggests that while the number of fires hasn't changed that much, the area burned is increasing.

"There's a lot of reasons why we think, if anything, (fire risk) is going to be increasing."