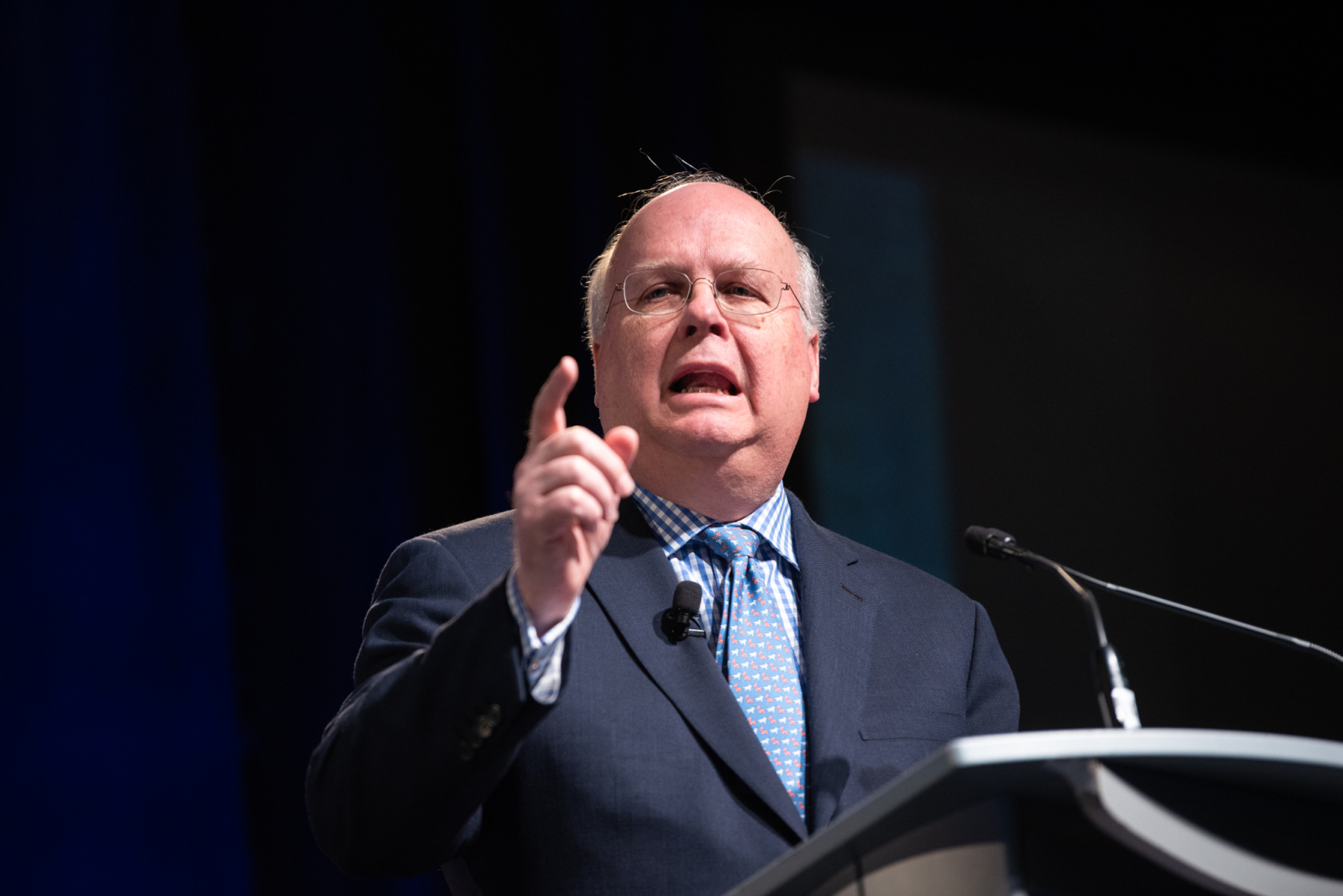 The timing was impeccable.

As a prominent Republican strategist took to the stage in Ottawa, there was big news breaking south of the border, concerning the Republican-controlled White House where he once used to work.

So when Rove sat down with former federal Reform Party leader Preston Manning, it was no surprise that he was asked about the news that U.S. special counsel Robert Mueller had turned in his report stemming from the law enforcement and counterintelligence investigation into Russia's interference in the 2016 election.

“I’m in the minority of my party on this. I know Bob Mueller. He’s a really good man, and he’s a straight arrow," said Rove.

U.S. President Donald Trump has repeatedly attacked Mueller's investigation as a "witch hunt" while many key Republicans have refused to condemn presidential broadsides against the Justice Department.

Rove also said because the Trump campaign leaked information so heavily to media sources — "no campaign, in my experience, has leaked worse than the Donald Trump campaign" — then that suggested something about the campaign's innocence.

“If there was collusion, we’d know about it.”

Packed room at the opening session of the Manning Conference, standing for a moment of silence in remembrance of the victims of terror in NZ, and the national anthem. Also....Preston Manning 😍 #MNC2019 pic.twitter.com/io3OFzr6Hk

“If there was collusion, we’d know about it," Karl Rove told an Ottawa crowd of conservatives on a Friday night.

Dozens of Russian nationals, companies and military intelligence officers have also been charged with conspiracy, election interference or hacking Democrats’ emails during the 2016 campaign.

Rove argued in February in an op-ed in the Wall Street Journal that U.S. Attorney General William Barr, who will now review Mueller's report, is under no obligation to release it fully, and that doing so would do more harm than good.

Mueller's "voluminous" indictments can "speak for themselves," Rove said Friday. "He put it all in there."

But Rove also said he thought Trump should have taken a less harsh tone toward Mueller throughout the investigation, given that innocent people generally have nothing to hide.

"I wanted him to be strong," he said about Trump. "I wanted him to say, 'You know what, Mueller's going to get to the bottom of this, we want to know what the Russians did to interfere in our elections, and by God we're not going to let it happen again.'" 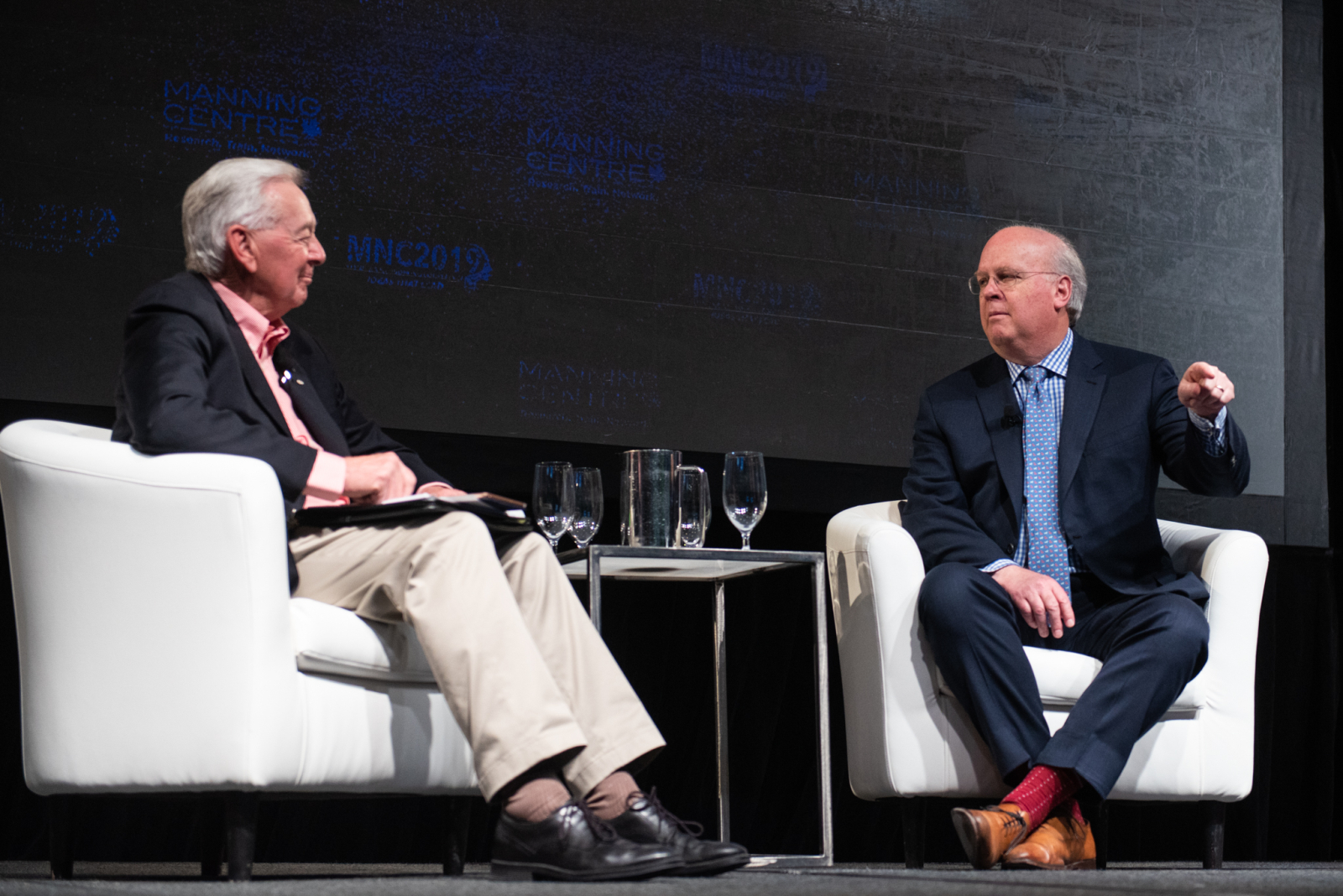 Meanwhile, Rove said he believes Trump can win a second term in 2020 if he attacks his opponent on the basis of their fitness for office.

He told the crowd he felt that while the White House grasped the president's plummeting popularity, that didn't necessary mean the Democrats were on their way back to the West Wing.

Asked by Manning if Trump had a path to victory, Rove said “it can be done — and you know what, he’s going to use a strategy pioneered before by Barack Obama."

Rove said the former president “spent 2012 disqualifying (Republican nominee) Mitt Romney in the minds of Americans as somebody worthy of holding the Oval Office," labelling him as a "plutocrat who was out of touch with you."

Romney, who worked in private equity, had wealth estimated at the time to be between $190 million and $250 million.

Such a strategy would be audacious for Trump, the first U.S. president in history never to have served in any public office or in the military prior to his election.

Yet the president, said Rove, has already started to lay the groundwork for this strategy: attacking policies like the Green New Deal as "socialism," saying in his state of the union address that "America will never be a socialist country."

Rove implied that Trump was preparing to tear down whoever emerges as the Democratic Party presidential nominee by assaulting the policies they will propose to heal the deep structural economic inequality Americans are facing.

He gave the example of Vermont Senator Bernie Sanders, who is expected to propose a Medicare-for-all health care system, a living wage jobs guarantee and abolishing tuition at public four-year colleges and universities, as well as endorse the Green New Deal that would cut carbon pollution and enact a job-creating public works program.

"Yeah, that’s not going to happen.”

Not entirely sure that Karl

Not entirely sure that Karl Rove's credentials support his recogniton of a straight arrow - though I happen to agree with him. As for the no collusion issue - it all depends on how strictly one interprets the term collusion. Rove suggests it is not necessary to release the full report most likely because he suspects that Mueller's full text actually spells out and follows the breadcrumbs of how the Trump campaign interacted with the Russians - and the consequences of their cooperation.

Man, I thought maybe Mueller was a straight arrow, but if Karl Rove says he is, maybe he isn't. That man can't open his mouth without a lie popping out.

5 things you may have missed from the G7