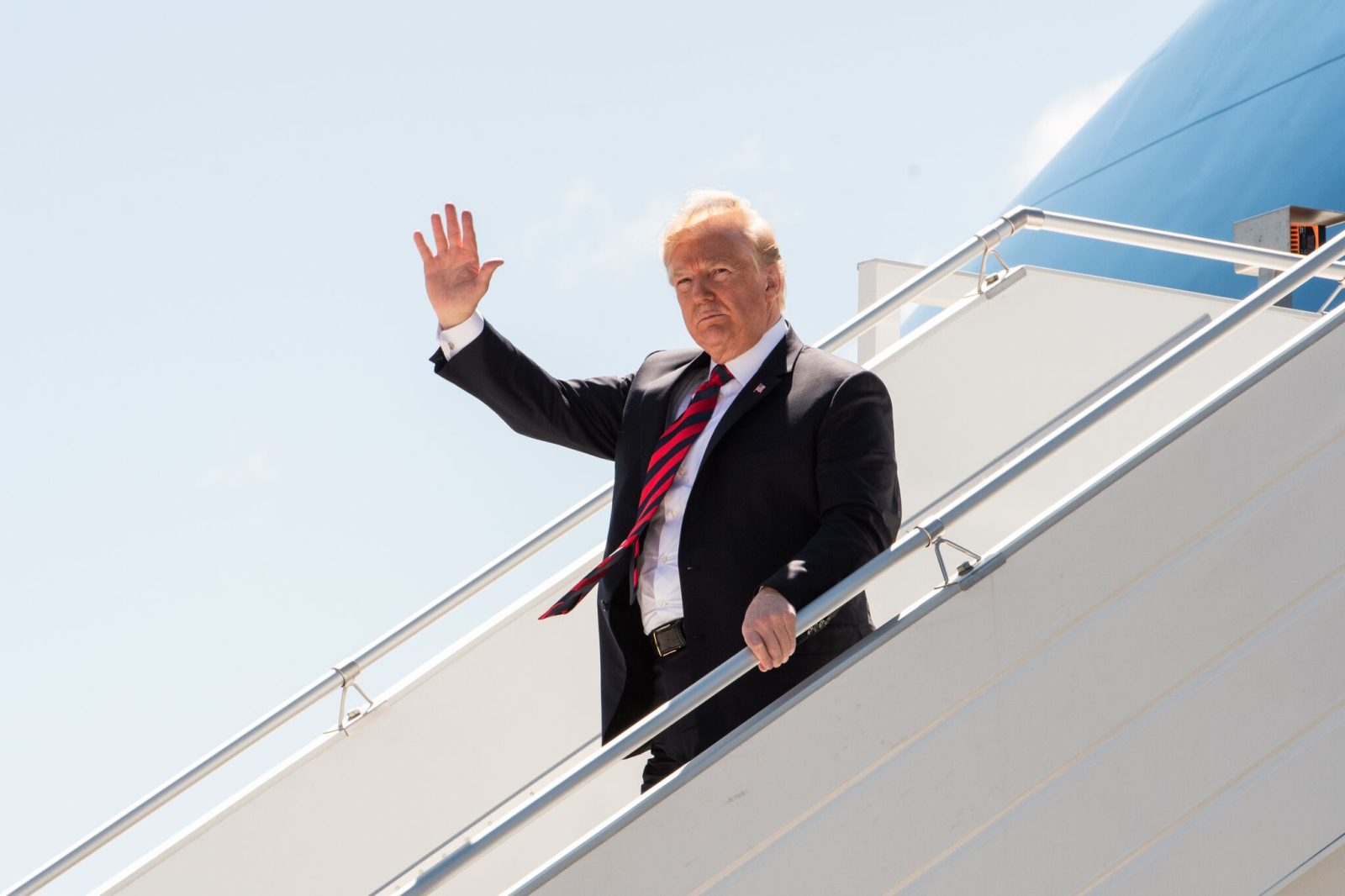 The tense G7 summit in Quebec ended with a dramatic thud Saturday, when minutes after Canada released the text of a joint statement signed by all leaders, U.S. President Donald Trump withdrew his nation's support in a tweet.

The astonishing conclusion to the summit capped off a weekend driven by Trump's erratic pronouncements on trade and unpredictable behaviour.

Just hours before Trump blew up the summit from afar after skipping out on its conclusion, Prime Minister Justin Trudeau had proclaimed that all G7 countries, including the United States, had signed off on an “ambitious” communiqué. The G7 includes Canada, France, Germany, Italy, Japan, the United Kingdom, and the United States, with representation by the European Union.

But its validity was immediately put into question when Trump tweeted that he had "instructed our U.S. reps not to endorse the communiqué." The president cited Trudeau's "false statements at his news conference” for his reason for reversing course, and then threatened to "look at tariffs on automobiles flooding the U.S. market."

The Canada-U.S. automobile manufacturing industry is highly integrated, with auto parts criss-crossing the border sometimes several times before a finished product is made.

Trudeau's office released a statement in response, that said "we are focused on everything we accomplished here at the G7 summit."

"The prime minister said nothing he hasn’t said before," it read, "both in public, and in private conversations with the president."

Trudeau managed to salvage support from some G7 countries for a charter to reduce plastic pollution in the oceans, an investment in education for women and girls, and a reaffirmation of the Paris climate accord, he said Saturday.

But unanimous agreement by all G7 leaders on two big environmental issues at the 2018 summit eluded Trudeau, hosting the club of advanced industrialized nations for the first time amid tensions stirred by Trump.

He also made firm statements about Trump and trade, holding firm on his government's plan to retaliate against U.S. steel and aluminum tariffs. "Canadians are polite, we're reasonable, but we also will not be pushed around," Trudeau said.

The prime minister did not provide much detail at the news conference about where the G7 were able to come together, and did not immediately release the communique. Distribution was delayed for a couple of hours; Trump tweeted his withdrawal at about the same time.

Five of the G7 countries agreed to a plastics charter to protect the environment and oceans, a signature initiative that the prime minister had long been pushing for since before the summit began.

The charter will recognize the role that plastics play in economies, and that the approach to using them poses a threat to the marine environment. The United States and Japan, however, did not sign the charter. On Friday, Environment and Climate Change Minister Catherine McKenna was still holding out hope that all G7 countries would be on board in the end.

Six G7 countries, minus the U.S., reiterated their support for the Paris climate accord. Trudeau said he "accepted" the long U.S. explanation in the statement about how Washington did not back the Paris agreement. It is the second time that Trump refused to join his G7 counterparts in committing to the accord.

Trudeau's press conference was dominated by discussions about trade, including the contentious renegotiation of NAFTA, the trade deal between Canada, U.S. and Mexico. Trump said Saturday morning that he would insist on a sunset clause, or a permanent expiry date. Hours later, the prime minister quickly dispensed with that idea.

“We are opposed to any sunset clause of any length," he said. "If you put an expiry date on a trade deal, that’s not actually a trade deal."

But it was the tariffs issue that really set Trump off. In another tweet launched at Trudeau after the president fled the area, he said Trudeau had "acted so meek and mild" during the summit, "only to give a news conference after I left saying that 'US tariffs were kind of insulting' and he 'will not be pushed around.' Very dishonest and weak."

Many of the G7 leaders have been angered by the Trump administration’s harsh tariffs on steel and aluminum on national security grounds and the U.S. leader’s shocking claim that Russia — which was kicked out of what was then the G8 in 2014 after its seizure of Crimea — should be permitted to rejoin.

Last year, Trudeau explained away Trump’s isolation by chalking it up to a change in Washington, D.C., after eight years of an Obama White House. “Any new administration or any new government is going to have its own approach or its own priorities," he said at the time.

This time around, Trudeau seemed to admit that the president had become set in his ways. “The president will continue to say what he says, on various occasions,” said the prime minister.

Trudeau said the summit gave leaders an “opportunity to join forces, and sometimes to settle disputes.” But he also said, "if the expectation was that a weekend in beautiful Charlevoix....was going to transform the president’s outlook on trade and the world, then we didn’t quite reach that bar.”

This is an arrogant cry baby

This is an arrogant cry baby bully and the world has danced around him too long. His administration cannot be believed in any way as evidenced by this story. NAFTA negotiations are time and money wasted because the US will not honour an agreement anyway. How many times does the rest of the world need to be insulted by his infantile tweets before it decides to give the US the isolation they so obviously crave? Are we only listening because they have weapons of mass destruction and a madman with the codes? Move passed this fiasco and let's get deal with countries that understand we all need each other. We'll experience some difficulties cutting the ties, but America is taking too much attention away from issues that must be taken care of for the rest of us to live well and the planet to survive us.