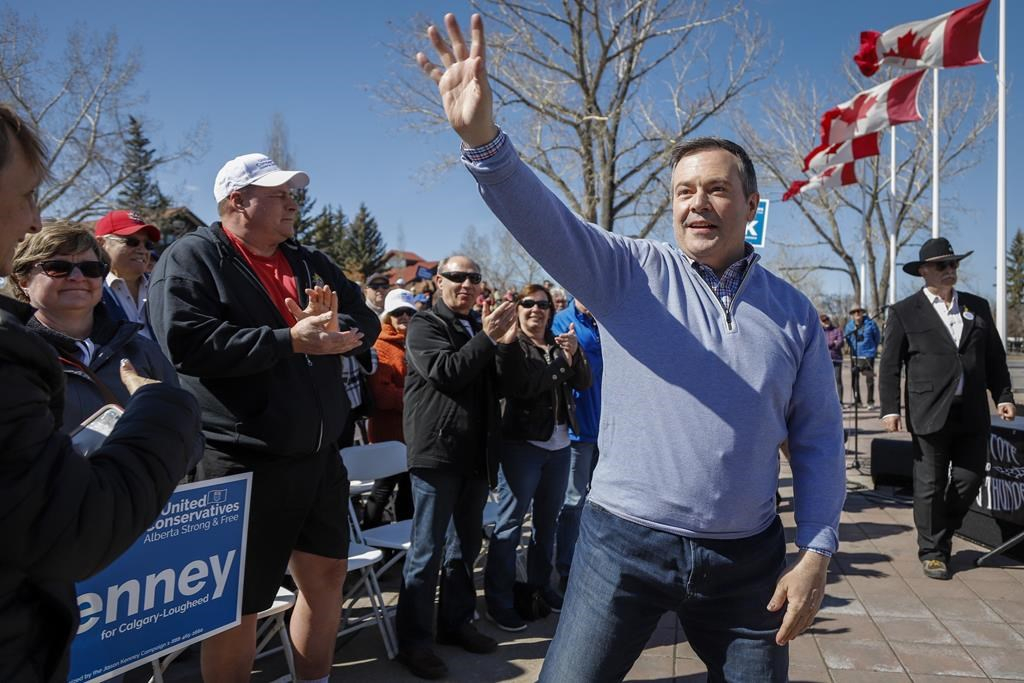 United Conservative Leader Jason Kenney says if he wins the Alberta election, a formal court challenge of the federal carbon tax will be launched by the end of the month.

Kenney, who has already pledged to axe Alberta's carbon tax, says he would instruct his attorney general to file the challenge in Alberta's Appeal court no later than April 30.

Kenney says there are constitutional questions surrounding whether Ottawa can even impose the tax, which formally began today in the four provinces that refused to bring in their own tax.

Kenney says there are legal questions over whether Ottawa has the authority to impose such a levy.

He says the constitutional challenge could take years so he'll also do whatever he can to see Prime Minister Justin Trudeau defeated in the fall election.

"It is in Alberta's vital economic interests, for the future of jobs and prosperity in this province, that we not only defeat this tax-hiking NDP government, but that we also defeat their close ally in Ottawa — Justin Trudeau," Kenney said Monday.

"I, as leader of the United Conservative party, will do everything within our power to ensure that he is not returned as prime minister."