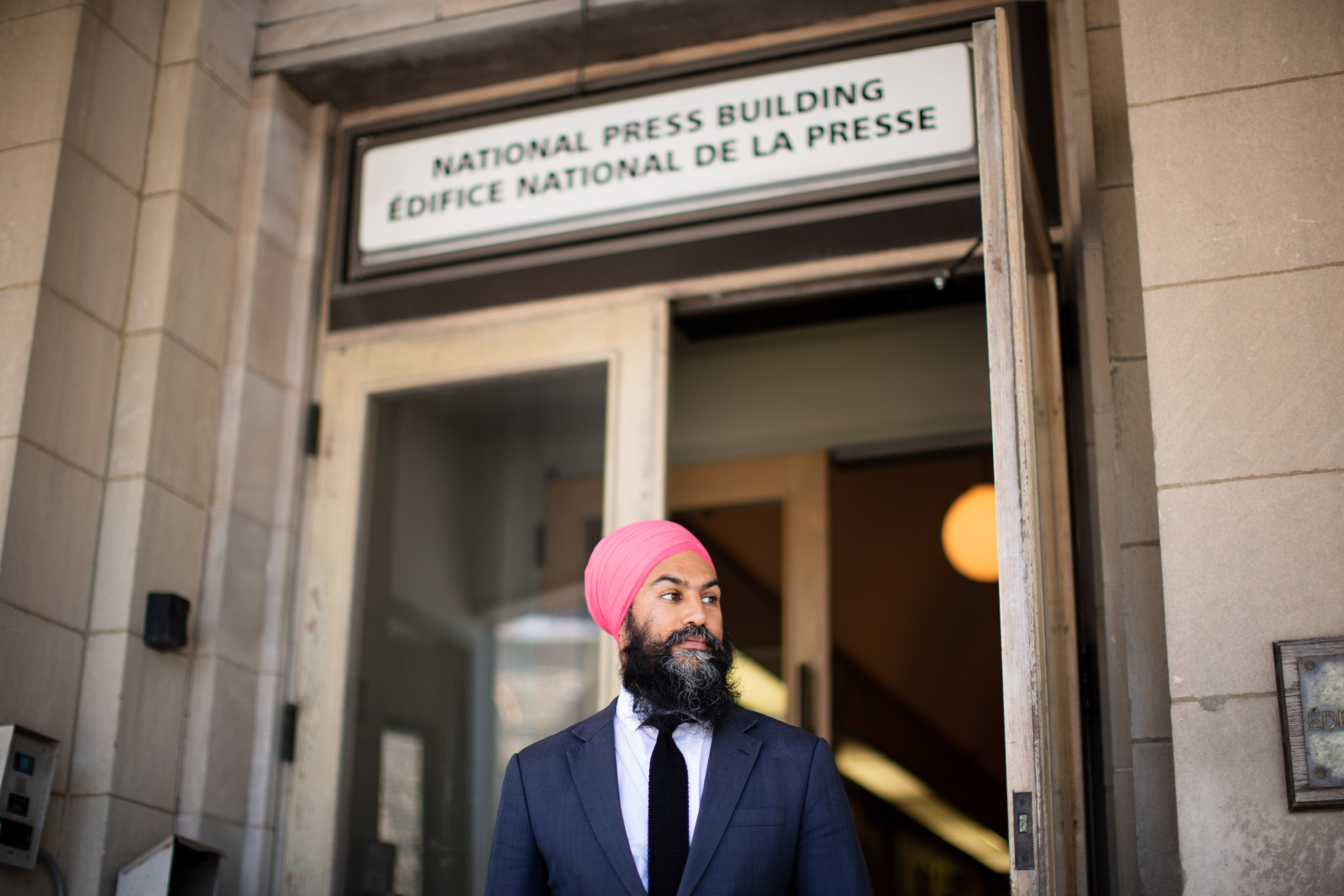 The NDP is promising to bring in a universal and comprehensive national pharmacare program targeted to begin in 2020 if the party wins the next federal election.

The plan would see every Canadian covered for a list of prescription drugs determined by an arm's-length group of experts that it said would be protected from industry and political pressure. The agency would evaluate drugs for coverage based on what is scientifically proven to be safe and effective, and on the best value for money, the party said.

It would save families who don't currently have private drug coverage an average $550 per year and it would save employers about $600 per employee with extended health benefits, the party said.

Medications covered under the formulary would always have at least one option involving no upfront cost, in a move intended to nearly eliminate the co-payment system that the party said is a barrier to access. If there is a generic drug available but an individual chooses a brand name instead, there would be a $5 co-payment with exemptions for vulnerable populations.

It's time to make medication available to all Canadians who need it, Singh said.

"We can't afford not to do this at this point, given how difficult it is for so many people to get the medication they need," he said.

The legislation would be modeled on the Canada Health Act and provide an annual pharmacare transfer to the provinces and territories, with provinces paying about 60 per cent of the total cost and the federal government providing the remaining 40 per cent.

Davies, who represents Vancouver Kingsway, said the cost to provinces will be about the same as they are paying now.

It would cost the federal government an additional $10 billion annually on top of what the provinces already pay but Singh said it's worth it, pointing to overall cost saving identified in an analysis by the parliamentary budget officer.

The report says the total cost of a national pharmacare program would be $23.7 billion in 2020, representing a $4.2 billion savings each year over the current amount being spent on drugs in Canada.

Last week, Singh said an NDP government would expand the tax on investment profits as part of a package of measures aimed to pay for pharmacare, affordable child care and housing.

"Those measures would free up billions that would be available for this as well. The rest of financing would be a matter of discussion between the federal government and provinces and territories," Davies said.

The federal government taxes 50 per cent of profits made on investments, or capital gains, but the NDP wants to increase that threshold — known as the inclusion rate — to 75 per cent. It said that would raise about $3 billion in revenue.

The New Democrats have also talked about closing a stock-option loophole and cracking down on the use of bearer shares and foreign tax havens, which they say help the rich avoid paying their fair share of taxes to society.

Singh took aim at the Liberal government's pharmacare plan, saying it puts pharmaceutical and insurance companies "in the driver's seat."

"The Liberal government is proposing to bring in a U.S.-style patchwork system that's only going to increase the premiums families pay," he said.

In its budget last month, the Liberal government said Canada's pastiche of drug coverage, which comprises more than 100 public programs and 100,000 private insurance plans, is not well equipped to handle the increasingly expensive drugs now coming to market.

Drug spending in Canada is expected to surpass $50 billion by 2028, an expert panel has found.

In the budget, the Liberals promised a new agency to negotiate prescription drug prices for Canadians to try and drive down costs, a move it billed as an "important step" on the path to an eventual national pharmacare plan. It also promised to build a national formulary and promised to spend $500 million a year, starting in 2022, to subsidize drugs that treat rare diseases.