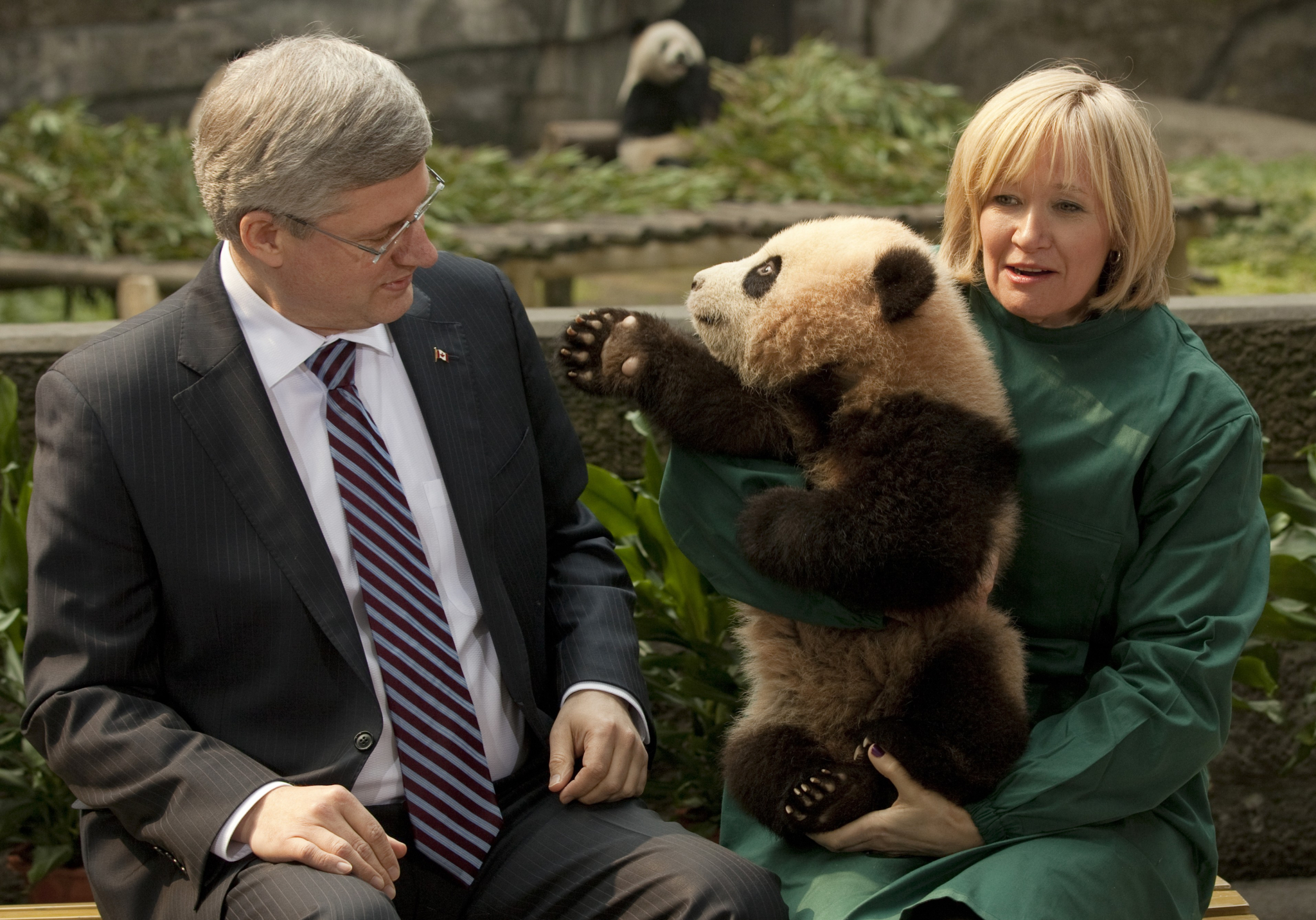 There was a short but damning observation delivered to Canada's environment minister in 2014, as then prime minister Stephen Harper prepared to enter the final year of his majority mandate.

The government was due to put out an annual report on reducing carbon pollution, but there had been no new federal or provincial policy measures that would have caused any reductions.

“There are no new federal or provincial GHG (greenhouse gas) policy measures to include since the 2013 report,” Michael Martin, then deputy environment minister, told his minister Leona Aglukkaq, according to an internal memorandum dated Sept. 19, 2014.

The memo was released in 2019 to National Observer through access to information legislation, several years after it was first requested. In the memo, Martin urges Aglukkaq to release a climate change accountability report, Canada's Emissions Trends 2014, that had recorded the government's efforts to meet its own target to reduce greenhouse gas emissions.

The access to information documents also show how a draft version of that report was edited prior to its release, to remove some key phrases that pointed to the culpability of humans in worsening climate change.

At the time of the memo, the government was being told by its non-partisan public servants within the federal environment department that it would badly overshoot the Copenhagen Accord emissions reduction target it had committed to in 2010, unless it undertook "further efforts."

The documents highlight one of the key political messages of Canada's governing Liberal Party — that federal Conservatives have no plan to address climate change and will do nothing to address what other governments around the world have agreed is a crisis.

Now in opposition, the Conservatives are denying that the Harper government’s decision not to take any new steps to curb carbon pollution is emblematic of the party’s apparently weak appetite for climate action.

“Well, I beg to differ,” said Ed Fast, the current Conservative environment critic who was minister of international trade in the Harper government when the memo was dated. Fast said in an interview with National Observer that he's been involved in developing the party's new environmental policies for federal election campaign platform.

If he succeeds, it would reverse the Conservative Party's track record.

The Harper government had promised since 2011 to introduce a plan to lower greenhouse gas emissions in the oil and gas industry, which represented by far the greatest emissions growth of all sectors from 2010 to 2016. At the time of the September 2014 memo, it had been almost two years since the government said it was “very close” to releasing a plan.

Martin proposed in the memo that "with your concurrence, the department will work with your office to plan for an October publication date." He asked for Aglukkaq's approval by Sept. 30. But the government ended up delaying the release of the report for two months, until December 2014.

The draft executive summary states that “the changing global climate is our biggest environmental challenge,” and that “scientific studies have shown that the release of carbon dioxide and other greenhouse gases to the atmosphere has been primarily due to human activity.”

Neither of those statements appear in the final version.

The month the report was released, Harper said in Parliament that "it would be crazy economic policy" to introduce his government's long-promised oil and gas rules — because oil had become cheap.

Fast, who represents the British Columbia riding of Abbotsford, said he had no comment on the memo, but “I will comment on the assertion that the Harper government did nothing to address greenhouse gas emissions.” As proof, he pointed to the government’s talks with the United States over regulating methane and tailpipe emissions.

“I’ll just point to two things. There are many others, but there’s two things that we did. We started the discussion with the Americans on methane emissions, which the Liberals completed. Secondly, it was the Stephen Harper government that actually regulated and imposed caps on light and heavy-duty vehicles, which was significant,” said Fast.

Both of those moves appear to have been spurred by a desire to align with United States standards, out of a concern for competition. Canada and the U.S. have had a long history of alignment on tailpipe standards, for instance, given the significant integration of the North American auto industry.

When then environment minister Peter Kent announced in June 2013 that he was tightening standards for light-duty vehicles, he said he was doing it to "align" with the "more stringent" U.S. rules that had been proposed in March of that year.

Similarly, months after the White House announced plans in January 2015 to impose new regulations on methane, a potent greenhouse gas, Canada’s natural resources minister at the time, Greg Rickford, met with his North American counterparts in Merida, Mexico and said Canada could align itself with the recently proposed U.S. rules.

"I believe we've had some very serious discussions around the potential this (focus on methane) holds for oil and gas regs in general," he said. Prime Minister Justin Trudeau and then U.S. President Barack Obama committed in March 2016 to reduce methane emissions from the oil and gas sector.

Meanwhile, Harper had ruled out imposing new rules on the oil and gas industry, unless the Americans did as well. The Canadian Press reported in December 2014 that "no one has seen any evidence the Conservatives have even broached substantive harmonization talks with the United States about the continental oil and gas sector."

Fast told National Observer that Conservatives "certainly base our approach on the science, and we recognize that Canada has to do its part" to address climate change. He said "I think most Canadians accept that climate change is real, and that it is a global problem that requires global solutions."

But his caucus has at times appeared to be split on accepting this well-established, global scientific consensus. Conservative MP Brad Trost, who ran for the party leadership, wrote in an op-ed in 2016 that his competitors "will only acknowledge behind closed doors" their "deep skepticism of the science underpinning the climate debate."

Trost also tweeted last year that "global warming is not real." More recently, Conservative MP Blaine Calkins said in December 2018 that "whether or not you think carbon dioxide is pollution or not is, I still think, a question."

Greenhouse gases that are created through human activity, like burning fossil fuels, are considered pollution because they are concentrating in the atmosphere, trapping heat and causing climate change at a rate that is 10 times faster than at any point in the last 66 million years.

Similar to how air pollutants cause asthma and other health issues, the rise in emissions is considered this century's biggest global health threat because it is already exposing hundreds of millions of people to more extreme heatwaves, wildfires, storms and floods, and threatens to overwhelm health care systems.

The office of Environment and Climate Change Minister Catherine McKenna called the memo "the latest addition to a long list of the Harper Conservatives’ attacks on science while in government."

"This once again confirms that the Harper Conservatives engaged in a systematic effort to hide the truth from Canadians — that climate change is our biggest environmental challenge and that it’s caused by human activity," said Kim.

"Disappointing to see this, and to see (Ontario Progressive Conservative Premier) Doug Ford and (federal Conservative Leader) Andrew Scheer taking this page from the playbook of Stephen Harper."

This week, she noted, a peer-reviewed scientific report from Canada showed the country is heating up at twice the planet's average rate, with Northern Canada warming three times as fast, and that the majority of this warming was caused by human activities. It said Canada will continue to warm further, but the degree to which it does will be determined by how much more pollution is emitted into the atmosphere.

"Climate change is real. Scientists in 2014, and scientists today, know that it’s happening now. Governments should make decisions guided by evidence, by science, and by listening to Canadians rather than by rigid ideology and silencing critics," said Kim.

"Our government has unmuzzled scientists, reestablished Canada's chief science advisor, and is doing more to cut carbon pollution, in a practical and affordable way, than any federal government in Canada’s history."

This is just the latest addition to a long list of Harper's attacks on science while in government. It's disappointing to see, and it's even more disappointing that Premier Ford and Andrew Scheer are ripping this page out of Harper's playbook. https://t.co/v7rpLICNbx

In 2015, Canada was required to submit a new pollution target called a "nationally determined contribution" to the UN. In May that year, Harper's government committed to a new target to cut pollution 30 per cent below 2005 levels by 2030. That target was adopted by the freshly-minted Liberal government after it signed the Paris Agreement.

The country's environment watchdog would report in 2017 that the Environment Department was "no longer working" toward the Copenhagen target and had "shifted its focus" to meeting the new Paris target.

Kim said the Liberal government has had "new federal measures every year since we were elected" related to climate. The Trudeau Liberals have rolled out a package to crack down on emissions that includes a coal power phase-out, methane regulations, federal carbon pricing, a clean fuel standard, net zero building codes and incentives for electric vehicles, among other policies.

Canada's emissions are expected to hit 675 Mt in 2020, and drop to 592 Mt in 2030. The Environment Department argues that this represents a 223 Mt decrease compared to the situation before the Trudeau Liberal climate plan.

Canada's Emissions Trends 2014 was the last of the series of reports under that name. Under the Liberals, there have been separate reports, for example called "Canada's greenhouse gas emissions projections 2016," followed by "Canada's GHG and Air Pollutant Emissions Projections: 2018."

I fear for our future. Canada

I fear for our future. Canada must take aggressive measures against carbon polluters. 1. Polluters pay. 2. No more Liberal or Conservative governments, they are too vested in the extractive industries. 3. 100% renewable energy and no more carbon vehicles by 2030. 4. No more new oil and gas projects, in particular, pipelines. These are the only actions that will save Earth from extinction. NOW! There is no more time to wait for our politicians to respond. Even the NDP govt in BC shamelessly supports oil and gas projects. I honestly believe the Green party is our only option going forward, these are the only politicians who will act responsibly and eliminate carbon consumption. Watch the PEI election.

Simply put, Harpo, et. al., were climate criminals. The present incarnation of the party is no better.

Liberals should probably pay royalties to Mr. Harper....they certainly use his name as a crutch for the world's ills often enough.

Looks to me like the government 'Liberals, Conservative, NDP and Green " need to get on the same page and quit pointing fingers at each other. The old he said, she said, they said is no longer acceptable.

Political parties of all stripes must stop worrying about getting elected and spend time on getting down to working for the good of the country and not just for themselves. The statement applies to all governments Municipal, Provincial and Federal. Sad state of affairs in this country. We act more like the United States political parties everyday.

Poor Panda, the first Canadian face it saw was Steve's