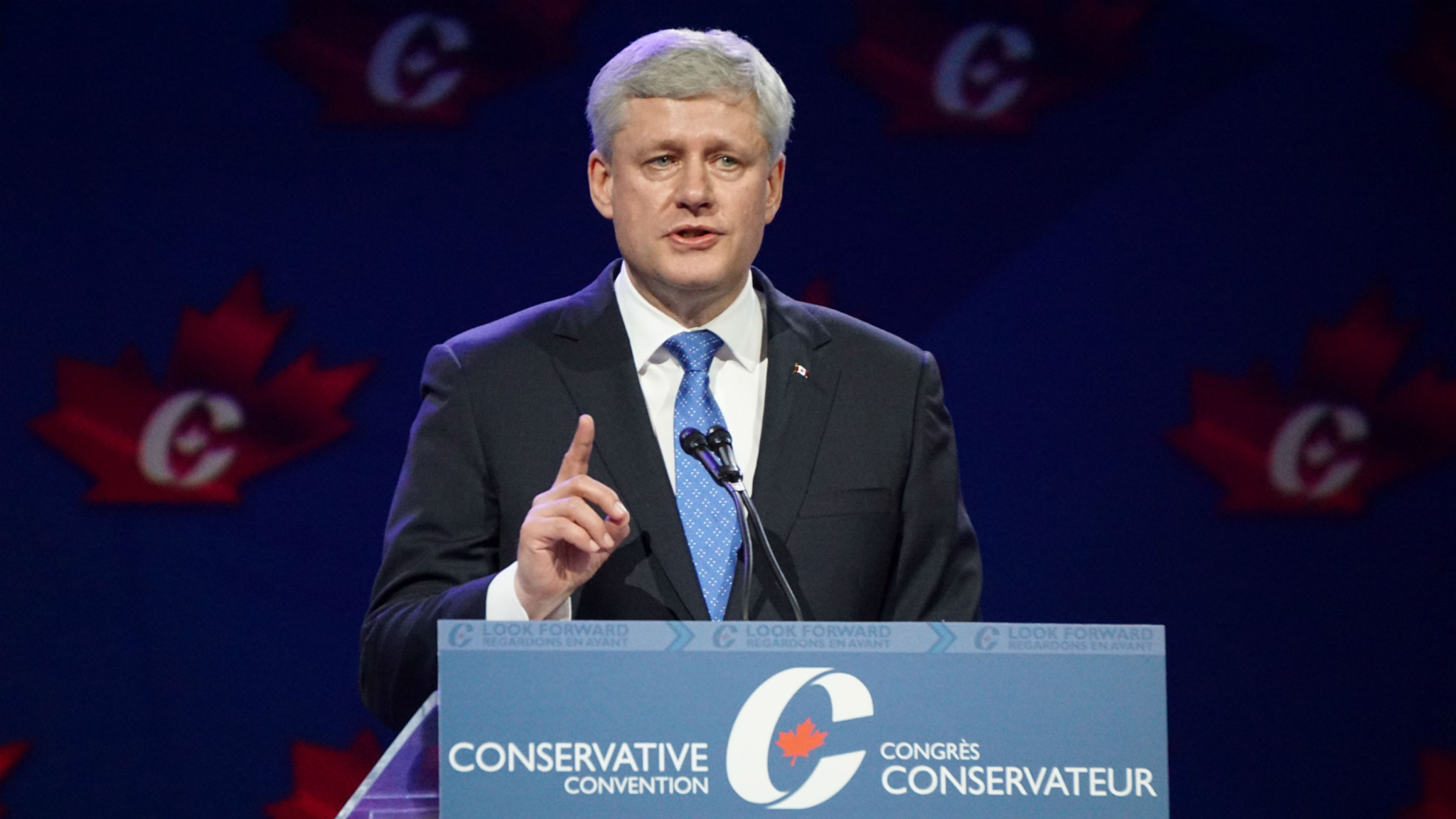 The government of former prime minister Stephen Harper violated its own communications and transparency rules by muzzling federal scientists, and the Trudeau government has not made “firm commitments” to fix the problem, a federal investigation has concluded.

The stark findings are the result of an investigation by the federal information commissioner that lasted almost five years, and are contained in a report by former commissioner Suzanne Legault, dated Feb. 28, 2018. The report was released March 15 by the complainant, the University of Victoria’s Environmental Law Centre, and advocacy group Democracy Watch.

Legault, who was appointed as an officer of Parliament by the Harper government, delivered the findings as she wrapped up her term as Canada's information watchdog with a responsibility to ensure federal officials follow rules that require them to be transparent and grant access to government records and information upon request.

The report is sure to put pressure on Prime Minister Justin Trudeau's Liberals, who won the 2015 election on a promise to end the muzzling of scientists. Once in power, the Liberals moved to scrap Harper-era communications policies, introduce changes to Canada’s access to information law and name a chief science advisor, Mona Nemer, to ensure public access to government science.

The Trudeau government also agreed to enshrine the right of scientists to speak freely into their collective agreements to ensure that future governments wouldn't be able to muzzle scientists again, without renegotiating contracts.

The issue of muzzling has also spilled across the border where some government scientists are now facing similar treatment at the hands of President Donald Trump's administration. Debi Daviau, president of the Professional Institute of the Public Service of Canada (PIPSC), the union that represents federal scientists and professionals in Canada, has said her members are hoping to help their U.S. counterparts learn from their experiences and cope with the apparent political interference.

In Canada, the Trudeau government's efforts to tackle government secrecy through new legislation came under criticism by Legault — who has now been replaced by Caroline Maynard — as well as other transparency advocates. Despite this, a Liberal-dominated committee approved the bill with few changes and it now sits at second reading in the Senate, with few remaining hurdles before it becomes law.

As well, Daviau's union recently found in a survey that, despite the moves by the Liberals, some senior public servants are still "clinging" to the old rules and acting as though there was never a change in government following the 2015 federal election.

Legault personally signed off on the scientist muzzling investigation, and concluded that six of the seven government bodies her office investigated did not follow their own communications policies in practice during the Harper era.

“The fear observed by the (Office of the Information Commissioner) on the part of public servant investigation participants is consistent with the ‘chill’ documented in the survey of over 4,000 federal government scientists” conducted by PIPSC.

While she found the language of departmental media policies, “as written,” was “consistent with access to information values and principles,” in “practice” these policies “were not being applied by the subject institutions during the time period under investigation, in keeping with the stated objective of responding to the information needs of the public.”

The six government bodies are: Environment and Climate Change Canada, Fisheries and Oceans Canada, Natural Resources Canada, the National Research Council of Canada, the Canadian Food Inspection Agency and the Treasury Board Secretariat. The commissioner found that a complaint against a seventh body, Department of National Defence, was not well founded.

Evidence for Democracy, a group that advocates for evidence-based decision making in government, said they agreed with the recommendations. The report “highlights how much more work is needed for the government to actually get to (the Liberals’) goal of open science communication and government being open by default,” executive director Katie Gibbs said in an interview Thursday.

In the report, Legault said she issued four recommendations to Treasury Board President Scott Brison on Sept. 18, 2017 — which would have been before the new freedom of information bill was sent to a parliamentary committee on Sept. 27.

It also called for amending the Access to Information Act to require heads of government institutions to proactively disclose information “that could affect public safety, public health or environmental protection.”

Finally, it called for Brison’s department to provide training for public servants on their “rights and obligations” in making science information public, identify best practices in disclosing information and “identify and correct any weaknesses” in their ability of public servants to disclose science.

Legault found that the Trudeau government “has initiated some measures that are intended to ensure that scientific information is disseminated to the public, and that scientists in the federal public service are able to publicly discuss their research.”

But she added that, while Brison acknowledged the receipt of her recommendations on Oct. 3, and outlined the steps the government was taking in another letter Oct. 24, that letter “included no firm commitments to implement my recommendations.”

Duff Conacher, co-founder of Democracy Watch, said in a press release that Legault “has not only reached the important conclusion that the Harper Conservatives violated federal policies by muzzling government scientists but also that the Trudeau Liberals have not done enough to unmuzzle them.”

The report released by the university and Democracy Watch was sent to the university as the complainant in the investigation. A spokesperson for the information commissioner's office said due to confidentiality provisions in the access to information law, the office couldn't comment on the investigation until it is tabled in Parliament. The office is expected to lay out its findings in its annual report, which should be tabled before Parliament rises for the summer break.

In an emailed response to questions, Brison’s office said that it welcomed Legault’s report, noting it came “after 10 years of the Conservatives' relentless attacks on science and the scientific community.”

“More work needs to be done to continue this cultural change after a decade of Conservative attacks, and we will continue to work with the Information Commissioner’s office and our world-class public service to ensure we build on our early success,” spokesman Jean-Luc Ferland wrote.

A request for comment to Conservative Leader Andrew Scheer was not immediately returned before publication. However, in a comment posted on Twitter, Scheer's director of media relations, Jake Enwright, said he "literally had to fight" with Industry Canada public servants when he wanted a scientist to speak to the media. Enwright, who was previously a spokesman for Harper's former Industry minister James Moore, didn't provide further details in the tweet.

Ferland pointed to PIPSC’s 2018 budget press release which acknowledges “major strides” to improve scientific integrity in the public service and praises the budget for continuing with its efforts to restore scientific capacity in federal departments.

“We enshrined scientists and all subject-matter experts’ right to speak freely about their work in government policy, and then, we went a step further by enshrining it in collective bargaining agreements, making sure no future government could repeat these attacks.”

Brison’s office has also been working with Nemer and PIPSC to design a new federal “scientific integrity policy.”

Nemer, who also responded to questions in an email, said she met with Daviau and Secretary of the Treasury Board Yaprak Baltacioglu “a couple of days ago” on designing the policy.

“We signed the terms of reference establishing the governance committee for federal scientific integrity. I am chairing that committee,” said Nemer.

Stronger collective agreements for government scientists, and a formal science integrity policy, were both called for by Evidence for Democracy.

Gibbs said the timing of the report’s release will help “elevate the importance” of the process to design the new science integrity policy and “highlight the need to get it right.” That would be the “obvious vehicle” for changing the process, she said.

“I think that’s the next thing we’ll be looking for from the government on this file — do these policies take action on the recommendations that (Legault) made,” said Gibbs.

Nemer also said she has met and continues to meet with government scientists to “informally” gather their feedback on making work publicly available, and recently chaired a panel on open science that included government participants.

“I do think there is work to do to ensure federal scientists feel supported in their capacity for publicly sharing their research. I am currently working on this,” she said.

She said she’s reached out to the Canada School of Public Service to help develop “training modules” for public servants, starting with “courses on science communication and the use of science and evidence in policy development.”

Training is also something Evidence for Democracy has been looking for as a longer-term fix to the problem of muzzling.

“This is part of what we’ve heard a lot,” said Gibbs. “Just saying government scientists aren’t muzzled...is not sufficient to have the change actually trickle down all the way through the public service. It requires far more substantive work.”

And any part of this should

And any part of this should come as a surprise?