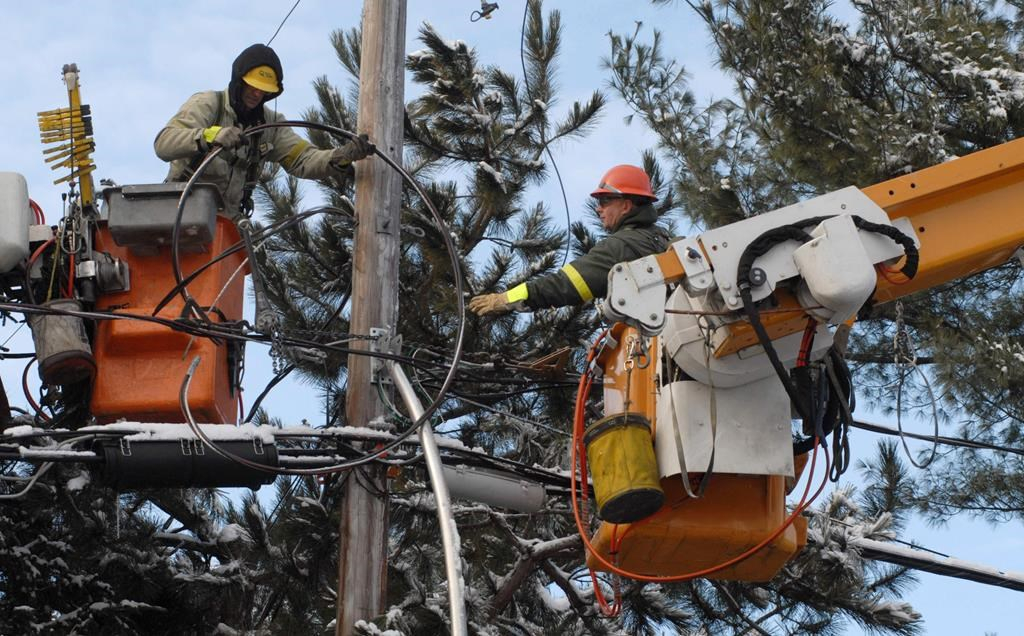 Hundreds of thousands of people are still without power in southern Quebec after the region was hit freezing rain and strong winds.

Quebec-Hydro says the storm Monday caused branches and trees to come in contact with their network, leaving 275,000 people without power by early Tuesday morning.

The Crown corporation says the hardest hit areas were Laval, Lanaudiere and the Laurentians.

Meanwhile, the city of Laval opened two community centres for the night to help people without electricity.

By Tuesday morning, more than 80,000 people in the city were without power, while more than 90,000 were still left in the dark in Lanaudiere.

Hydro-Quebec spokesman Louis-Olivier Batty said Monday evening that teams from regions less affected by the power outages had been called in as reinforcements.