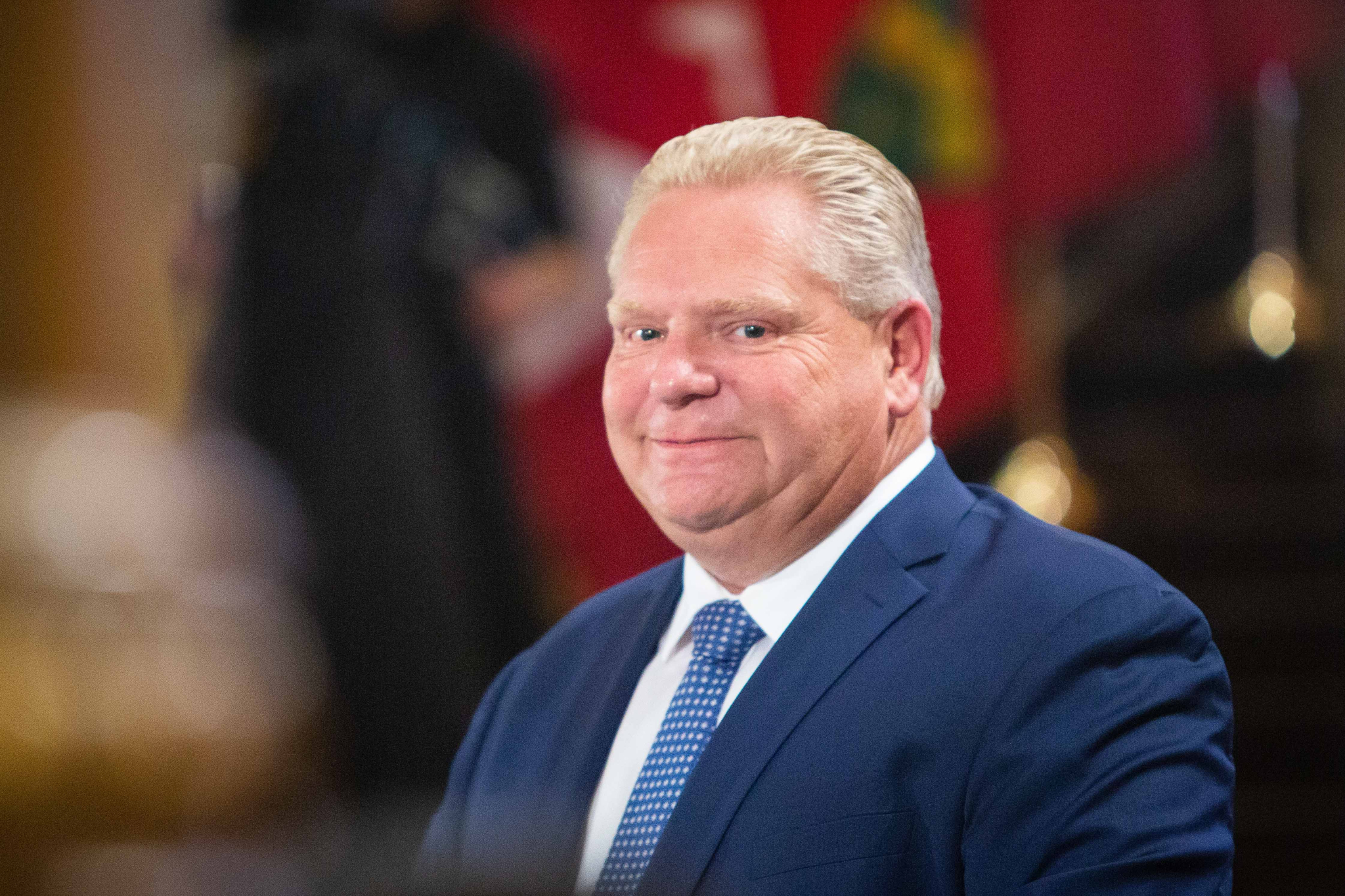 The Ford government’s first budget had a bit of each when it comes to the environment and climate change in Ontario.

Something old — another acknowledgement that climate change is real but no new initiatives or funding to support last year’s "Made-in-Ontario Environment Plan."

Something borrowed — Ontario’s previous greenhouse gas emissions reductions under the Liberals used as credit for the new Progressive Conservative government's argument it is already “a leader” in climate action.

Something blue — blue-coloured stickers for gas pumps showing the additional cost of filling up due to a rising federal carbon tax the Ford government is fighting.

Today @VictorFedeli delivered #ONBudget, our plan to protect what matters most and make sure everyone knows Ontario is open for business and open for jobs. We are putting people first by making key investments and restoring fiscal balance in a responsible and sustainable manner. pic.twitter.com/KDWR6BMN8b

The Ontario budget is neither as dramatically geared for austerity as was feared nor as transformational as some might have hoped. The budget theme is “protecting what matters most.” That means what they spend on is a clear indication of their priorities. That priority is clear: balancing the budget. But carefully, over four years. Spread the time to spread the pain.

Signature initiatives are few: a new child care tax credit and dental coverage for low-income seniors. They could just as easily have emerged from a Liberal government.

Clearly, the Ford government wants to avoid discussing the details of its budget in favour of the bigger themes of making Ontario “open for business." Yet, they littered the budget with numerous ‘small bore’ initiatives like a new licence plate design, legal tailgating parties, and making booze available at more retail outlets than ever and earlier than ever — starting at 9 a.m. That’s what they want people to talk about, not whether any new money was put aside for climate action, for example. Shiny bauble politics. Make no mistake, though, there will be pushback.

Populism remains a dominant strain in this government’s political DNA. Premier Ford is forever cutting ribbons and making spending announcements but carefully avoids personal association with anything negative if he can help it. That’s what finance ministers are for.

Is this a distinctly PC budget? After 15 years out of power, that would be hard to define. In fact, it is a hybrid budget of traditional conservatism (focusing on the deficit), latent liberalism (a new child care initiative), and populism (initiatives on alcohol, gambling, carbon tax, and licence plates). Circuses and bread, together.

The Ford government took the politically careful step of punting an actual balanced budget to their second term. But that is based on optimistic projections of growth and tax revenues including, counterintuitively, raising increased revenue through more modest economic growth forecasts than were actually realized when the Liberals were in power. Even their spending restraint was helped along by a $2.65 billion increase in unexpected revenues from last fiscal year.

Plus, a hope that the global economy does not tank in the interim.

How “protecting what matters most” applies to climate change and the environment is revealing. For starters, the environment department’s budget was cut to an even lower level than under the Liberal government’s last budget. The climate plan received no designated funding to give it effect. Climate plan initiatives, once showcased under the previous Liberal government, have dropped so far under the budget radar you need sonar to find them. But, at least, they’re there:

The good news, therefore, is that the government appears committed to what it already announced. Nothing added but nothing subtracted either. The question now becomes, when do they act and how much money will they actually commit to it?

Populism and climate change discomfort resides in this budget. When it comes to the words “climate change”, Ford’s Progressive Conservatives would rather you heard the words “carbon tax.” 'Carbon tax' is mentioned 73 times in the budget, climate change 16 times. At the same time they are railing against the federal carbon tax, they are demanding approval — in the form of equivalency — from the federal government for its emissions performance standards for Ontario industry.

In short, this budget reinforces the current carbon and climate "phoney war" now being fought across Canada between conservative provincial governments and the Liberal federal government. It seems clear that it will take the federal election this fall (and perhaps a court case or two in Saskatchewan and Ontario) to truly determine the pace and scale of climate action in the country. Ontario is content not to lead the way.

That, in fact, is the key takeaway from this budget. Ford’s government will take a leading role in talking tough in the federation but act more modestly and inwardly on managing its own affairs, if this budget is any guide.

Ontario’s licence plate is changing from “Yours to Discover” to “A Place to Grow,” a new tagline from an old refrain from a borrowed song on an all-blue background.

Ford might not be as dumb as I thought. The budget is frankly not the armageddon people were half-expecting from him--a bit of a let-down. It's nasty and mean-spirited, targeting the kinds of people Conservatives dislike with a little kick to the groin here, a kneecap there. But the kind of big resistance rhetoric people are geared up for may fall a bit flat, because this isn't "Shock Doctrine" stuff, it's Harper-style incremental frog-in-pot stuff.

You can bet your bottom

You can bet your bottom dollar that if Scheer is elected this fall, next year's Ontario budget will be the slash and burn budget that people were anticipating this year. He's just holding his fire to give Scheer cover, no doubt under close instruction by Harper.