Who would really benefit from Kenney’s corporate tax cuts? 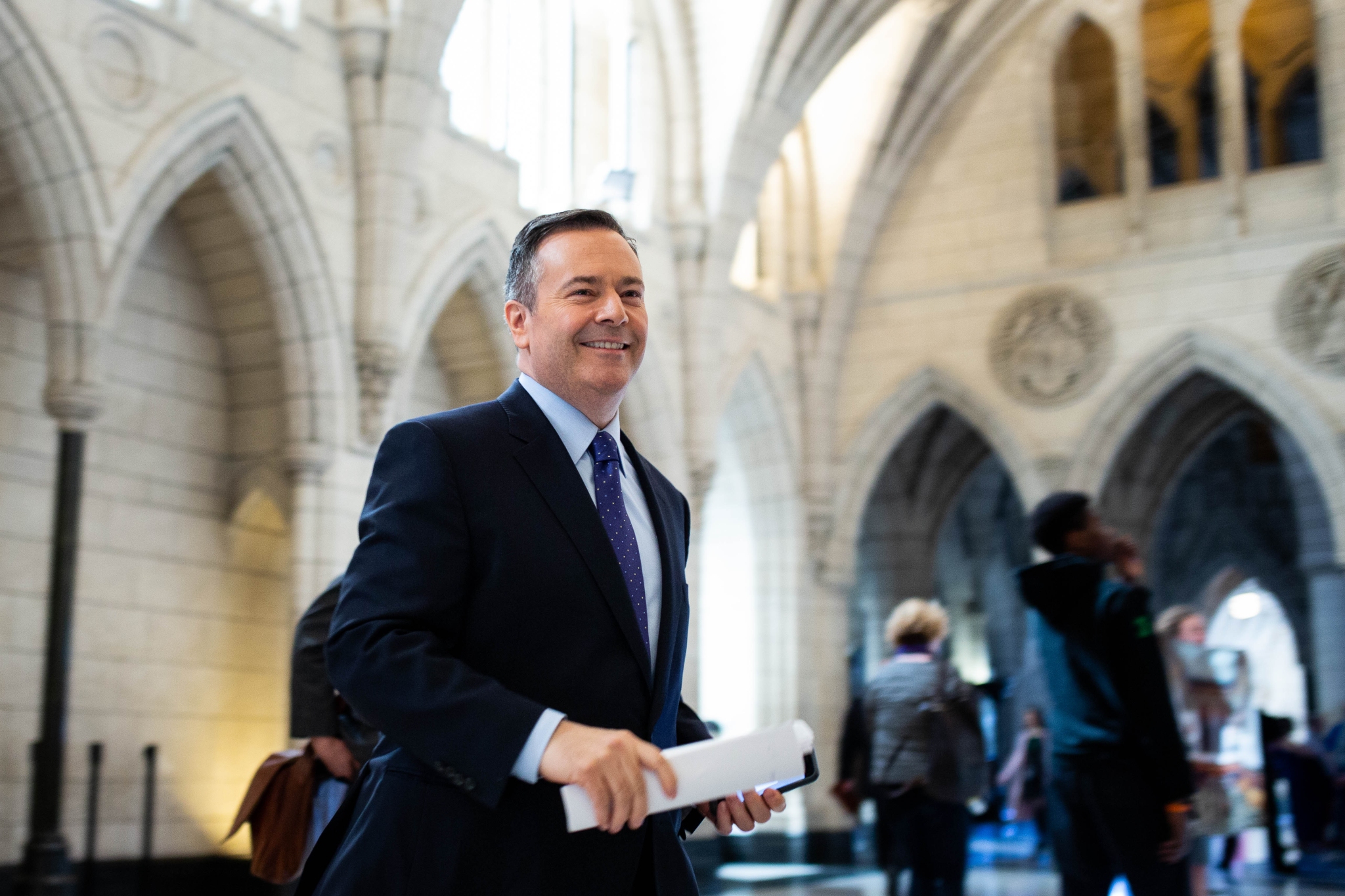 United Conservative Party Leader Jason Kenney has promised to cut Alberta’s general corporate tax rate by a third, to eight from 12 per cent if he wins the election April 16. When fully phased in over four years, the tax cut would cost the Alberta government $1.76 billion annually. That’s $1,000 per family. It’s a lot of money. Kenney’s most expensive promise deserves scrutiny.

Kenney’s claims about the big business tax cuts amount to miracles: creation of at least 55,000 jobs, growth in Alberta’s economy by nearly $13 billion, and a positive impact on fiscal health.

New Democratic Party Premier Rachel Notley and others are skeptical and critical. They frame his proposal as a massive multi-billion dollar handout to the largest profitable corporations and note the dismal track record of corporate tax cuts and trickle-down economics.

What does the evidence really show? It’s not hard to pull out an economic study or an economist to support any view, especially ones on the right side of the political spectrum. It’s more important to consider actual recent experience and broadly accepted evidence. And in this, Kenney’s economic claims lie more in the realm of fantasy than reality.

Kenney and the United Conservative Party consistently refer to their corporate tax cut as a “job creation tax cut” even though there’s absolutely nothing about it that would guarantee the creation of a single job.

Kenney and the UCP would only cut Alberta’s general or larger corporation tax rate, and won’t reduce its small business rate. The large majority of businesses in Alberta, which are small and have annual profits below $500,000, would not benefit at all.

Their claims of job creation are on the far margin of what is credible—so much so that the U.S. paper cited as evidence by an endorser concluded that “We find little evidence that corporate tax cuts boost economic activity, unless implemented during recessions.”

So unless the UCP is expecting Alberta’s economy to decline for four years under their stewardship--which they clearly aren’t--these job creation claims should be discarded. This analysis also only looked at the impacts on counties straddling state borders—where the effects would be stronger—and shouldn’t be extrapolated to the state or provincial levels.

The former federal Conservative government of Stephen Harper and Jason Kenney included economic multiplier figures for different types of government spending and tax cuts in their Budget of 2009. This showed that the job and economic impact of corporate tax cuts was far lower than public spending which generates three to five times the economic impact and number of jobs. Based on these economic impact numbers from Finance Canada and Statistics Canada, at most one could expect $1.76 billion in annual tax cuts would lead to 5,300 jobs after two years. That is less than a tenth of what Kenney is claiming.

Given the high rate of foreign ownership of the biggest corporations in Alberta, a large share of the increased corporate profits would flow to corporate owners and shareholders outside the province. If Kenney cut public spending as he proposes, it wpud lead to overall job loss because spending on public services generates far more jobs than corporate tax cuts.

Kenney’s platform promises a reduction in provincial spending by $7 billion over four years largely to finance his tax cuts. Analysis by economist Hugh Mackenzie estimates the UCP plan would lead to a net loss of 58,300 jobs over four years. These estimates are consistent with economic and job multiplier figures for public spending just published by Statistics Canada.

When first announced, Kenney claimed the corporate tax cuts would boost Alberta’s economy by $12.7 billion and increase provincial revenues by $3 billion for a net $1.2 billion in 2023. That was magical thinking.

The UCP revised the platform to forecast more moderate growth, projecting the tax cuts would lead to $700 million in revenues, for a net revenue loss of over $1 billion annually in 2023.

After taking into account the negative economic impacts of Kenney’s planned cuts to government spending, Alberta’s economy would instead shrink as a result of the UCP fiscal plan, and government revenues would decline further than they expected. Economist Hugh Mackenzie estimates that the net impact of the UCP plan would be to reduce Alberta’s GDP by 2.5 per cent over four years. These estimates are more consistent with figures published by Finance Canada and by Statistics Canada.

Instead of investing, corporations have put the proceeds from these tax cuts and their higher profits into excess corporate surpluses, or “dead money” as former Bank of Canada governor Mark Carney called them. As households have gone into ever higher debt, Canadian corporations have built up surpluses that now amount to over $500 billion, equivalent to over $15,000 per Canadian.

Much of these corporate surpluses have gone into cash or speculative financial investments (increasing financial and economic volatility), share buybacks (pushing up stock prices and the value of executive stock options), mergers and acquisitions, dividend payouts to shareholders and of course, to higher compensation for their executives. Little has made its way into workers’ wages, which have hardly kept up with the rate of inflation. There’s absolutely no reason to think that corporations will do anything different with additional windfall profits from further corporate tax cuts.

We have seen this in the U.S. following Trump’s tax cuts. Such established business publications as Forbes Magazine, The Wall Street Journal and Bloomberg report that most of the cuts are going to stock buybacks, which increase executives’ pay, with little or none going to business investment or workers. Analysis shows that the amount placed in share buybacks and increased dividends has far exceeded increased capital investments.

Benefits would go to owners of capital, not to labour

While some claim that corporate tax cuts are passed onto workers and consumers through additional investments, higher wages, or lower prices, what we’ve really seen is that they overwhelmingly go to the corporate owners and shareholders. The U.S. Congressional Budget Office estimates that 75 per cent of corporate tax cut benefits go to capital owners and shareholders with 25 per cent going to labour. The U.S. Treasury assumes the share going to capital is higher, at 82 per cent, while other experts estimate that substantially all the benefits of corporate tax cuts go to the owners of capital with nothing going to labour.

Of the twelve most profitable corporations based in Alberta, ten are substantially owned by foreign shareholders. Among them are Suncor, Cenovus, Husky Energy and Imperial Oil.

Accordingly, a large share of the benefits of these corporate tax cuts would flow out of the province to foreign owners and shareholders, and do nothing to benefit the people of Alberta.

The experience we’ve had with corporate tax cuts in recent years and broadly accepted evidence about their impacts by U.S. and Canadian government agencies demonstrates that the large corporate tax cuts Kenney is promising would have very small positive economic impacts, if any at all.

Instead, a large share of these billions in tax cuts would flow out of Alberta to the foreign owners of the province’s large resource companies, at the great expense of ordinary Albertans.

Same result as Trudeau purchasing the TransMountain pipeline. $4.5 billion leaving the country. Why can't our politicians do something to benefit our climate. They keep giving our money to the worst emitters and polluters: "thanks for polluting Canada, here's a big chunk of money for you, please don't leave Canada, I am hoping that this big chunk of money will convince you to stay here and continue polluting, emitting, threatening life on Earth".