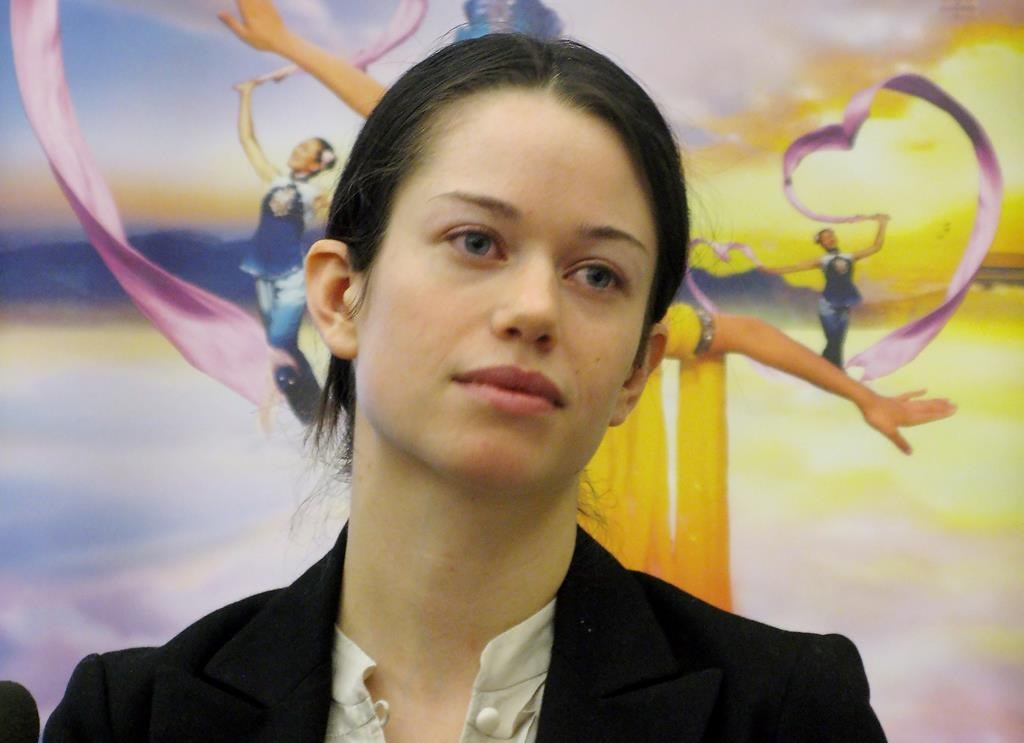 Caylan Ford speaks to reporters in Calgary on April 24, 2008. File photo by The Canadian Press/Bill Graveland
Previous story
Next story

A United Conservative Party candidate in the Alberta election who resigned over online comments she reportedly made about white nationalists is begging people to lower the temperature of political debate.

"I think we're headed in a really dangerous direction when we heap scorn on each other," said Caylan Ford, adding the remarks published by the left-leaning PressProgress website were out of context and don't represent her views.

But a New Democrat member of the legislature said voters need to know who they're voting for.

"It is relevant whether a candidate for public office holds racist views," said Kathleen Ganley. "I don't think that's a personal attack."

Ford, who was running in Calgary Mountain View, stepped down Monday night after the website reported on what it says was a private Facebook conversation from 2017.

The outlet published quotes attributed to Ford suggesting that while Muslims in general are never blamed in mainstream discussion for Islamist terrorism, conservatives are often tainted with the brush of white supremacy.

"You just don't have the same attempts to separate the violent terrorists from the wider community of belief," the website quoted Ford as saying.

She was also quoted as saying she is "saddened" by the replacement of white people in their "homelands."

On whether she made the remarks, Ford said Tuesday: "I can't speak to the authenticity of them. These are fragments of a conversation that was held years ago that were selected to maximize damage to me."

She said she resigned because she didn't want the report to be a distraction during the campaign.

"This article represents a gross distortion of my views and it doesn't represent what I believe in. I'm not interested in attempting to explain or rationalize what's the context of an academic discussion."

Ganley said she doesn't see how Ford could.

"I can't imagine the context in which those remarks would be appropriate. I don't think there is such a context," Ganley said.

"In (her) statement there was nothing resembling an apology. If she truly didn't believe those things, I think she would have apologized for saying them."

Ford, who has degrees from three universities including Oxford and once worked as a policy adviser for what is now Global Affairs Canada under the Harper government, was considered a star candidate. She spent part of last weekend campaigning with Laureen Harper, the wife of former prime minister Stephen Harper.

UCP leader Jason Kenney was quick to pull away from Ford Tuesday.

"Let me be clear: I condemn the remarks included in the texts that she had sent and so we will be appointing a new candidate in the Calgary Mountain View constituency," Kenney told reporters.

Ford described PressProgress as "the media arm" of the New Democrats and suggested her treatment was typical of how the governing party conducts itself — charges at which Ganley scoffed.

Ganley pointed out Ford isn't the first UCP member to be criticized.

At least three candidates or candidate nominees have been called out for anti-Islamic or homophobic remarks. Another was turfed after he posed for a picture with members of a white supremacist group.

"After a certain number of incidents, it's hard to say that it's isolated," Ganley said. "It starts to suggest a trend that is attracting these individuals to the party and making them feel like their views are welcome."

But Ford said Albertans should avoid harsh and quick judgment.

"I've been knocking on doors talking with voters for the last nine months and one of the concerns that I hear so frequently is people who are exhausted by divisive, narrow partisan politics and by negativity and our eroding capacity to reach for dialogue."

She acknowledged both the left and right bear some blame for the current negative tone of Alberta's political debate, which has seen New Democrat cabinet ministers threatened with violence.

"I don't think anyone is blameless."

Ganley agreed things may be getting too hot.

"Everyone is troubled by the level of polarization that is occurring. At the same time ... when you run for public office, you are held to account."

Given the eons long

Given the eons long peripatetic wanderings of the human race, it is hard to describe any particular part of the planet as the 'homeland' of any superficially different appearing branch of humanity, except perhaps, Africa. White supremacists insist on burying the fact that we all spring from the same strain of homonids that seem to have originated solely in Africa. Our essential genetic makeup is identical, otherwise we couldn't interbreed - which we have demonstrtively done. The march of humanity seems to have been marred, from the start, by tribal conflict under the impetus of evolutionay survival. At the present time, the only thing that will save humanity is the abandonment of tribal conflct. So much for survival of the fittest.

So the takeaway from the UCP

So the takeaway from the UCP here is that things get too polarized and negative when we call out racists and bigots, but not when we let them just do their racist bigoted thing. O-kay, duly noted.