Nearly 70 per cent of eligible Albertans voted in provincial election 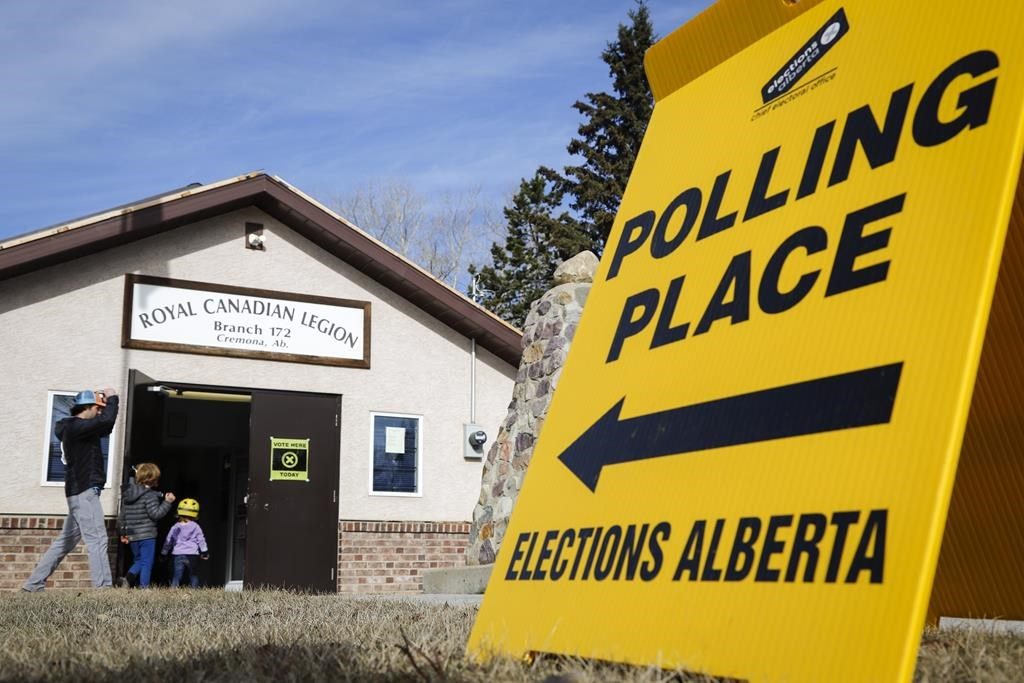 A voter arrives with his children to cast a ballot at a rural poling station in Cremona, Alta., Tuesday, April 16, 2019. Photo by Canadian Press
Previous story
Next story

An unofficial turnout shows nearly 70 per cent of Albertans voted in Tuesday’s provincial election — the highest in decades.

Elections Alberta said about 2,615,000 people in Alberta were registered to vote.

Deputy chief electoral officer Drew Westwater said the unofficial turnout was 69.9 per cent, based on numbers crunched by mid−afternoon Wednesday.

Melanee Thomas, an associate professor of political science at the University of Calgary, said she never thought she’d see a 70 per cent turnout in Alberta.

"I was born in the ’80s, so I became aware of Alberta politics during the (Ralph) Klein era," she said.

Thomas said Albertans were just going though the motions during those years.

"Low turnout like that is a really good indicator of democratic malaise related directly to not actually having competitive elections that changed parties and government," she said.

In 2012, 2015 and 2019, the province saw more competitive elections because there was potential for a change in government.

Thomas said she expects people who previously didn’t vote, including young men facing unemployment in the oilpatch, were engaged in this year’s election.

Some polls are still being counted.

Thomas said the fixed election date, which required the vote to be held between March 1 and May 31, could have also been a factor.

Officials with Elections Alberta said there are many reasons, including engagement, that help people decide whether to vote.

"For us, we’d hope some of the changes we made to the voting process and the options available for voters to get access to the ballot box may have influenced them and encouraged them to participate," said Westwater.

He said the ’vote−anywhere’ option, allowing Albertans to vote outside their constituencies at places including malls, airports, recreation centres, public buildings and an Ikea store, proved popular.

"Obviously 223,000 of them taking advantage of that," said Westwater. "People really appreciated the fact they had more opportunities to get out and access the ballot box."

Westwater said the official voter turnout will be confirmed once all ballots are counted, which he hoped would happen by Saturday.