Ahead of Trudeau meeting, Kenney calls assessment bill a threat to unity 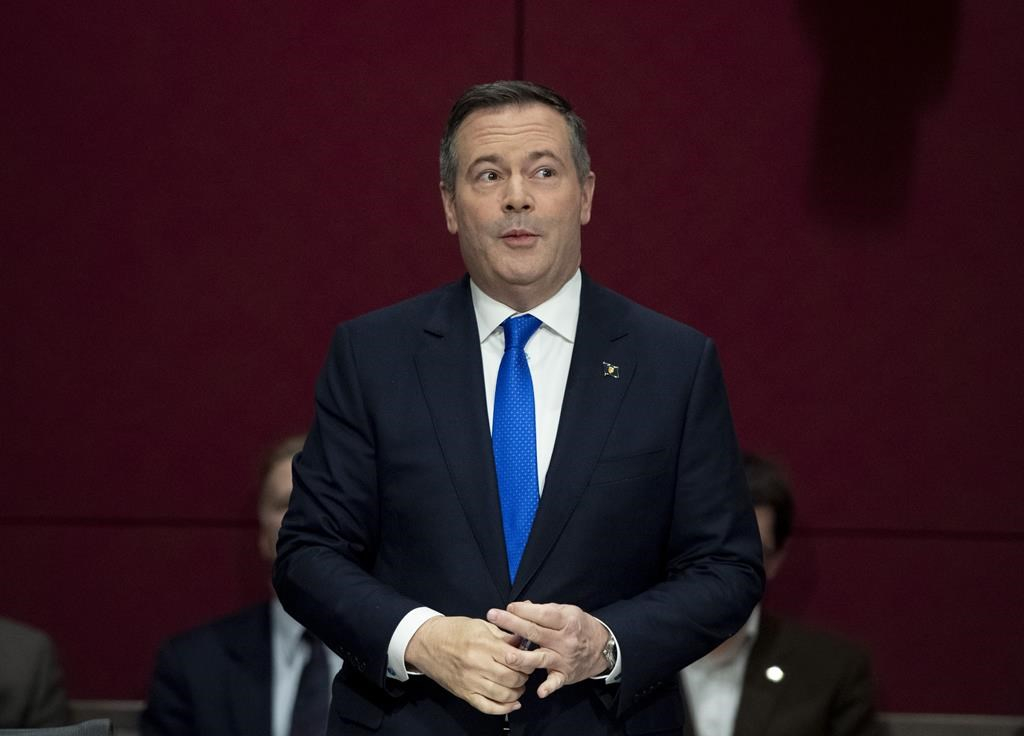 Alberta Premier Jason Kenney prepares to appear before the Standing Senate Committee on Energy, the Environment and Natural Resources about Bill C-69 at the Senate of Canada Building on Parliament Hill in Ottawa on May 2, 2019. Photo by The Canadian Press
Previous story
Next story

Alberta Premier Jason Kenney says if the federal bill overhauling environmental assessments passes in its current form it will threaten Canadian unity and there will be "an immediate constitutional challenge."

Kenney is at the Senate energy committee this morning to talk about Bill C-69, which he calls the "no more pipelines" bill.

He is telling the committee the bill flagrantly violates Alberta's constitutional right to regulate its natural resources.

The legislation establishes a new process for reviewing major projects with a national scope or in federal jurisdiction.

The federal Liberals say it is needed to restore confidence in the assessment process and finally get big projects built, but critics say it gives too much political power to the federal cabinet.

Later today, Kenney is to meet face-to-face with Prime Minister Justin Trudeau, the political foe he attacked relentlessly in his successful bid to become Alberta’s premier.

Indeed, Kenney repeatedly urged Albertans to defeat what he called the "Trudeau-Notley alliance" and shared a stage during the campaign with federal Conservative Leader Andrew Scheer.

He has also promised to fight the Liberals in court over the imposition of a carbon tax and has threatened to hold a referendum on federal equalization if there's no substantive progress on building a pipeline to get Alberta's oil to overseas markets.