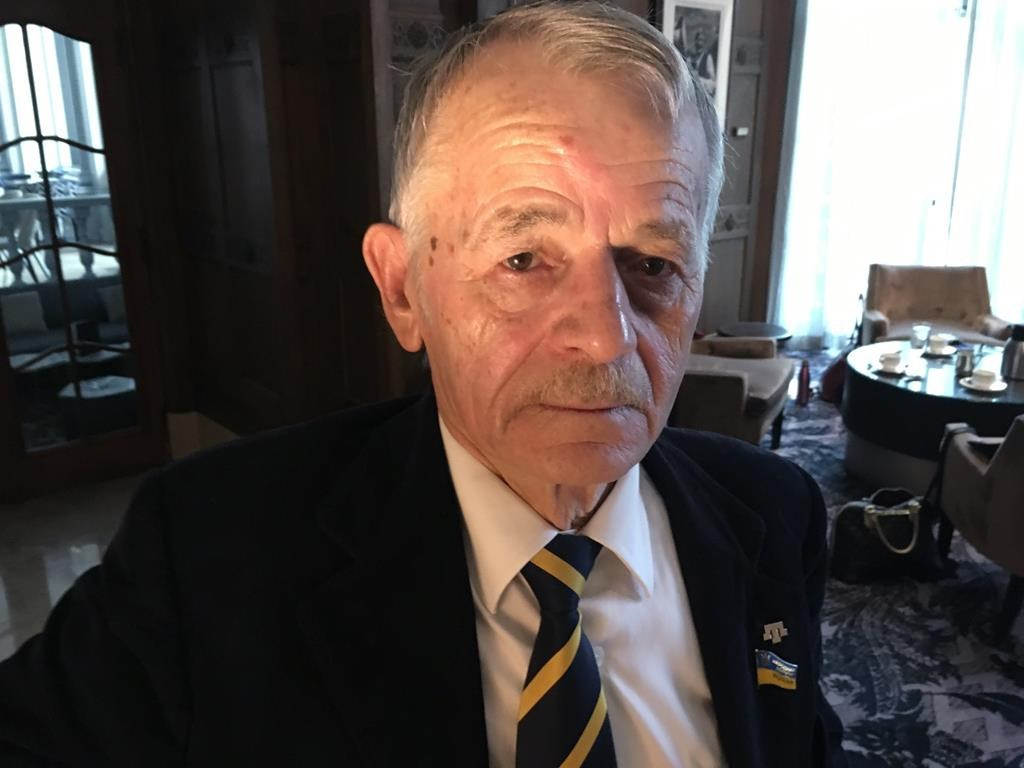 Veteran Ukraine lawmaker Mustafa Jemilev, seen in Ottawa on Friday, May 17, 2019, is the political head of Crimea's persecuted Tatars. File photo by The Canadian Press/Mike Blanchfield
Previous story
Next story

Veteran Ukraine lawmaker Mustafa Jemilev was as worried and surprised as anyone when a comedian who played Ukraine's president on television was actually elected the country's president last month.

Jemilev, 75, is a staunch supporter of former president Petro Poroshenko. Jemilev and many others — including Canada's leaders — credit Poroshenko with saving his country from ruin in 2014 after Russia annexed Crimea and fomented a pro-Kremlin insurgency in the country's east that has killed 13,000 people.

Jemilev, also the political leader of Crimea's persecuted Tatars, says he was initially worried that the actor-turned-politician Volodymyr Zelenskiy was too soft on Russia. But with Russia's continuing threat and Ukraine now facing political upheaval — Zelenskiy was sworn in on Monday and abruptly dissolved parliament on Tuesday — Jemilev says the time has come to rally around the new president.

"Our position will be constructive," Zelenskiy told The Canadian Press on a visit to Ottawa this past week.

"We will try to help him as much as possible because the stability of the country is the most important for us," he said through an interpreter. "We will definitely not play against him when he fails in something because that situation could be used by Russia."

Ukraine's uncertain political future has implications for Canada's domestic politics as the federal election approaches: the 1.3 million Canadians of Ukrainian descent comprise one of the country's most influential diaspora communities.

Freeland was one of the first foreign politicians to visit Zelenskiy in Kyiv earlier this month and came away reassured, according to a senior Canadian official who was in the room but was not authorized to speak about the meeting for attribution. The person said that while the new president and his entourage have little political experience, Canada isn't worried he will shift Ukraine away from Canada and its western allies, back towards the Kremlin.

Then, there's that other top-of-mind head scratcher: just how worried should the rest of the world be that an actor-comedian won the presidency of the east European country that is on the front line of Russian aggression towards the continent? With 73-per-cent support, no less?

Zelenskiy was frequently compared with former U.S. president Ronald Reagan. But as Jemilev noted, Reagan served as governor of California between his Hollywood career and arrival in the Oval Office.

Zelenskiy was "not a clueless person in talking to us," the official said. He grappled with issues and showed himself to be a "quick learner."

But he will require help running a government because Ukraine's institutions are not as strong as the West's, so Canada is standing by with offers of training on the machinery of government, said the source.

Freeland also connected with Zelenskiy's team by sharing insights from her transition from journalism to politics. She was a reporter in Ukraine during the Soviet Union's dissolution and became journalistic comrades with one of Zelenskiy's top advisers, who also reported on the 1990s upheaval.

"She was able to share her journey from outsider/journalist to somebody who's in government, and point out some of the challenges that are involved," said the source.

"(There was) no indication from Zelenskiy and his team that there's going to be some radical shift away from the overall Euro-Atlantic direction of Ukraine. Their concept is 'we want to update things, we're all a generation younger so we want to see a more digital Ukraine.' "

The change that Zelenskiy initially campaigned on was difficult to swallow for the pro-Poroshenko establishment, especially the Tatars whom Jemilev represents. Divisions showed again this week after he was sworn in, with disputes over the propriety of his order dissolving parliament early and moves to overhaul the leadership of Ukraine's security services.

"We were very anxious that during the presidential campaign, (with) Mr. Zelenskiy asserting he would like to have peace with Russia under any condition — that we would do anything," said Jemilev.

"That sounded to us a little bit unfair because it was not us who started the war, it was no us who annexed someone's territory."

Between the two rounds of presidential balloting, Jemilev was able to ask Zelenskiy some important questions about his Russia stance and was reassured that Zelenskiy wouldn't bend towards Russia at the expense of Ukraine.

The Russian annexation is particularly painful for Crimea's Muslim Tatars, who view it as history repeating itself. This past weekend marked 75 years since Josef Stalin forced hundreds of thousands of Tatars from the strategic peninsula on the Black Sea and the Sea of Azov.

"Canada remains deeply concerned by the dire human-rights situation on the Crimean peninsula, which is under continued and illegal Russian occupation, as well as by the mistreatment of the Crimean Tatar people and the destruction of their historic sites," Freeland said in a statement.

Jemilev chose to spend the 75th anniversary of the expulsion in Canada because "the Ukrainian diaspora is the most effective in Canada."