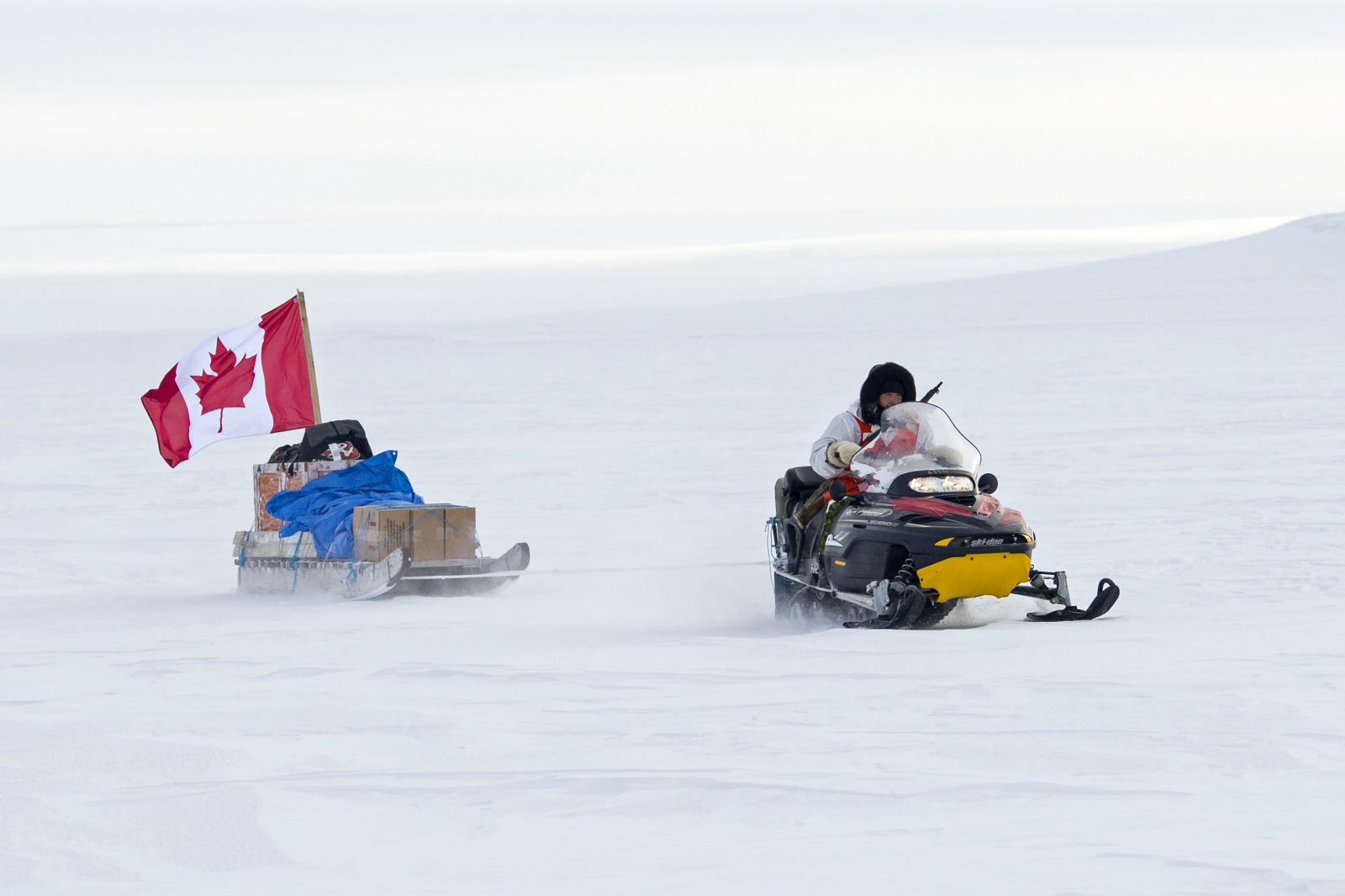 The Trudeau government’s green energy programs are leaving the North behind, says a senator who chaired a committee investigation into the region.

Patterson made the comments in Ottawa on Wednesday alongside independent Sen. Patricia Bovey, the deputy chair of Special Senate Committee on the Arctic, which examined the state of the Arctic, including how the North’s climate is changing.

"This takes action from our national government. The small communities of the North can’t provide the fiscal viability for hydro line connections to Southern Canada, for hydro dams, or even for the wind and solar alternative energy systems that are still very much absent in most diesel-dependent Northern communities," Patterson said in response to National Observer questions.

"We feel there's a role for the federal government, and its infrastructure programs, and its green energy programs, that so far haven't really, very much trickled down to the North — or trickled up to the North."

One of the more than two dozen recommendations made by the committee is that the government "ensure Arctic and northern communities have reliable and secure forms of energy, including renewable energy and alternatives to diesel."

The Senate report notes most Arctic regions "rely exclusively on diesel to power communities." The National Energy Board said last fall that Canada has over 280 off-grid communities that rely primarily on diesel generators because they can't access the North American energy grid or natural gas pipelines.

It said roughly one-third of these communities, representing more than 100,000 residents, are in the North.

Reducing reliance on diesel power in Northern communities is one of the commitments the Trudeau government made in its Pan-Canadian Framework on Clean Growth and Climate Change. The document suggests taking advantage of opportunities to install clean and renewable energy that can help the local economy and contribute to better air quality.

The federal government first introduced its Clean Energy for Rural and Remote Communities program, part of its $180-billion infrastructure plan, specifically to address this issue in the 2017 budget. Ottawa said the following year it was providing $220 million over six years for clean energy projects that reduce diesel reliance in off-grid and remote areas.

But experts have told The Narwhal that this amount of money only amounts to a "drop in the bucket" and that communities need much more.

When asked for comment, the office of Crown-Indigenous Relations Minister Carolyn Bennett sent National Observer a written statement in an email, saying that it was reviewing the report and believed that the committee's recommendations aligned with many government actions to address challenges in Canada's northern and Arctic regions.

Bennett's office also noted that the government announced $700 million in spending over the next decade in its 2019 budget on policies to ensure that Arctic and northern communities can continue to grow and prosper, including funding to diversify post-secondary educational options in the territories.

"Our government’s focus is to empower the people of the North," said the statement from Bennett's office. "We will continue to work with Northerners, Indigenous, territorial and provincial partners to develop solutions that address their priorities."

Burning diesel fuel creates carbon pollution that heats the atmosphere and contributes to climate change. Canadian government scientists have concluded that parts of the Arctic are warming at three times the global average.

Diesel also produces harmful air pollutants and is expensive in remote regions, as it is subject to high import costs. The issue was recently raised by the national Inuit organization Inuit Tapiriit Kanatami in its National Inuit Climate Change Strategy released last week.

The nine-member Senate committee, which was first conceived in 2017, researched the Arctic and spent September 2018 visiting seven Northern communities: Kuujjuaq in northern Quebec; as well as Iqaluit, Baker Lake and Cambridge Bay in Nunavut; Yellowknife and Inuvik in the Northwest Territories; and Whitehorse in Yukon.

Their 138-page report covers everything from the social determinants of health for Northerners to Inuit self-determination, land claims, intellectual property, technology, education, scientific co-operation, defence and sovereignty, media and the arts.

"Warming trends are threatening Indigenous Peoples' cultures, lifestyles and languages as they are intimately connected to the land for subsistence hunting, fishing and harvesting," the report reads.

"The transformation of the Arctic's land and sea environments results in the deterioration of Indigenous Peoples' physical and mental health, threats to food sources and the destabilization of infrastructure."

The senators said they spoke with the Canada Infrastructure Bank "while it was in its infancy" but that "it appeared that none of its early investments were being considered for the Arctic and Northern regions."

They also recommended directing the National Research Council to finish a building code adapted to climate change and Arctic conditions, and to "implement an action plan to mitigate the effects of climate change on existing and new infrastructure, including housing."

The committee wanted to see the scientific capacity of northern agencies and peoples directed toward climate adaptation efforts in collaboration with Arctic Indigenous bodies and others.

Patterson noted that the committee had heard from the Kivalliq Inuit Association and Anbaric Development Partners, who are proposing a hydroelectric and fibre-optic link between Manitoba and Nunavut that could cut down on diesel use.

"These are the projects that need to be supported by Canada," Patterson said.

Editor's note: This article was updated at 5:07 p.m. ET on June 12 with new comments from the office of Crown-Indigenous Relations Minister Carolyn Bennett.