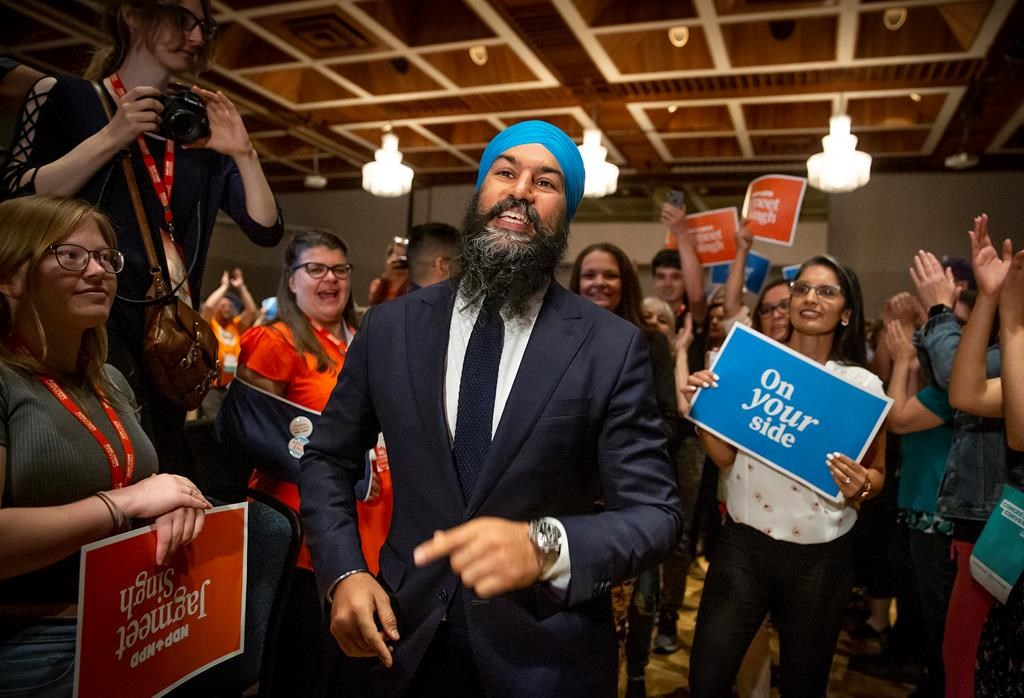 The federal NDP says it will fast-track a universal drug plan to ensure a late 2020 start date if elected this fall as part of an expansion of Canada's health-care system.

NDP Leader Jagmeet Singh said if his party forms government after the October federal election, it will inject $10 billion annually into a national pharmacare program as the first step towards a broader move which would eventually see universal dental, vision and hearing care.

The policy comes in a new "commitments document" — dubbed A New Deal for People — which a party spokesman said will form the basis of the NDP federal election platform.

"For the first time, every single Canadian can count on this," Singh said. "If you need medication, if your loved one needs medication, you can get it — period. Paid for with your health card, not your credit card."

The NDP proposal — unveiled Sunday at the Ontario NDP convention in Hamilton — would see the pharmacare program start sooner than the date recently recommended by an expert panel.

The panel said a national list of prescription drugs for pharmacare should be established by Jan. 1, 2022, and be expanded no later than Jan. 1, 2027.

Singh said the plan would save families who already have insurance coverage $550 a year.

"Friends, we have a crisis in health care and it's time that changed," he said. "It's time for the party that brought Medicare to Canada to take a next major step forward. It's time to bring Canadians a historic expansion of the services that health care covers."

The party is pledging to spend a billion dollars in 2020 to enhance child care across the country.

The document also promises to restore door-to-door mail delivery to all communities that have lost it — which would cost $100 million — and to establish a gasoline-price watchdog to monitor fuel prices and prevent "gouging."

The party says it would raise government revenues to pay for its policies through a number of measures, including increasing corporate taxes and by creating a so-called "wealth tax."

Taxes on the richest Canadians — those with net worth of $20 million or more — would jump by one per cent, generating several billion dollars annually in revenue.

"The Liberals and Conservatives have been working for the people at the very top instead of working for you," Singh said. "We are going to change that."

The party would roll back corporate tax cuts provided by previous governments to 2010 levels, increasing to 18 per cent from the current 15, generating billions more dollars for government coffers a year.

Singh said the party would also institute a 15 per cent foreign buyers tax on residential purchases to prevent housing markets from overheating.

The NDP does not make a specific promise to balance the federal budget.

"In all cases, we will manage debt and deficits responsibly, borrowing when required to defend the services that Canadians and their families rely on, and moving to balance when prudent," the document says.

But Miller questioned the NDP timeline and how it would pay for the specific measures in its plan.

"We hope that the NDP will soon provide the details that Canadians expect from any national party about how it will pay for its promises," he said in a statement.