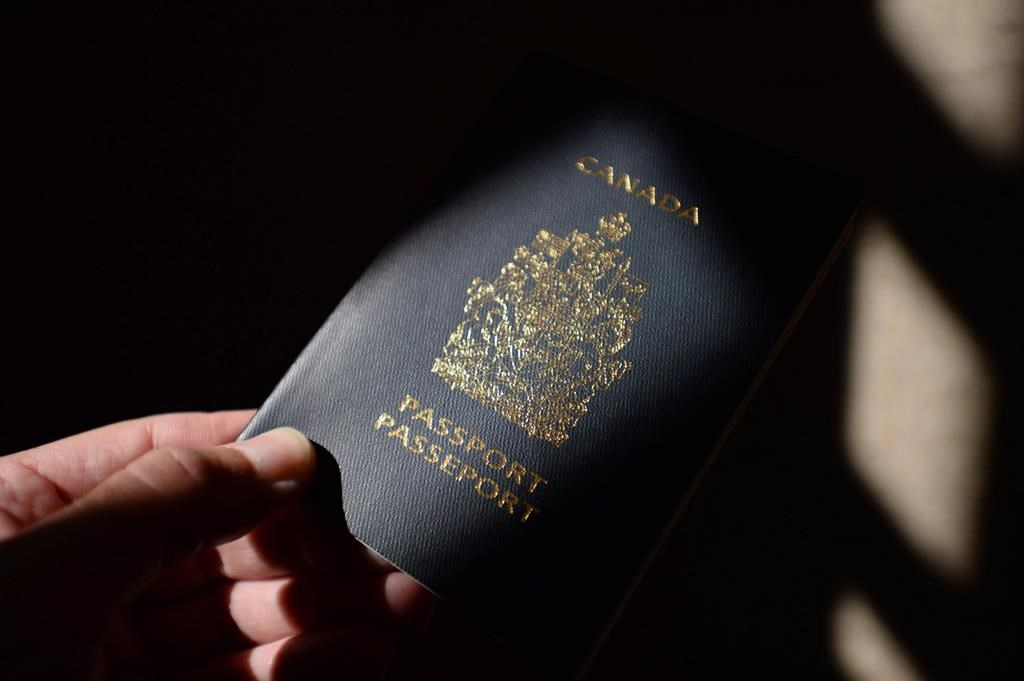 A Canadian passport is displayed in Ottawa on July 23, 2015. File photo by The Canadian Press/Sean Kilpatrick
Previous story
Next story

Ottawa should consider making passports free to everyone for a year to ease the introduction of new no-fly list procedures, a federal advisory panel recommends.

The coming changes will require passengers to present authorized photo identification on flights within Canada, not only international trips, and officials have yet to decide which types of ID will be acceptable.

It's just one of many issues to sort out as the government begins implementing a sweeping national-security bill that received parliamentary approval this week.

The legislation limits, but doesn't scrap, a measure from the Harper Conservatives allowing the Canadian Security Intelligence Service to disrupt terror plots, not just gather information about them. It amends other contentious provisions that deal with information sharing, terrorist propaganda and promotion of terrorism. The legislation also:

— establishes a regime authorizing CSIS activities, such as infiltrating a terrorist cell, that might otherwise break the law;

— repeals a provision first passed following the 9/11 terrorist attacks that required a person to appear before a judge and answer questions.

The functions of existing watchdogs will be rolled into a super-agency called the National Security and Intelligence Review Agency. It will be responsible for ensuring more than a dozen federal security organizations are complying with the law.

The government says the bill's revamp of the no-fly list will prevent false name matches at airports by allowing officials to issue unique "redress numbers" for pre-flight verification of flyers' identities — personal numerical IDs for passengers who are regularly misidentified as people barred from flying. Coming regulations will specify which Canadian identification documents will be accepted for flying domestically.

Members of the federal Cross-Cultural Roundtable on Security have told the government that if a federally acceptable piece of ID is mandatory for travel within Canada, it should be easier to get one.

A summary of a roundtable meeting of community leaders in Vancouver last October says members suggested making passports free to all Canadians for a year, charging no fee for children or applying sliding-scale fees based on income.

Federal officials say they will consult Canadians on the identification question before enacting regulations.

While the spirit of the roundtable suggestion is well-taken, identification standards may largely involve provincial governments, as they issue documents such as drivers' licences and health cards that are generally used for domestic travel, suggested Scott Bardsley, a spokesman for Public Safety Minister Ralph Goodale.

The security bill, expected to receive royal assent soon, will give the Communications Security Establishment's cyberspies power to take action against online threats to Canadian interests. It adds an arrow to the federal quiver to prevent a foreign power from interfering in the autumn federal election, for instance by letting government hackers electronically disable a rogue overseas computer system.

The CSE needs the ability to take the appropriate actions to keep Canadians safe, Goodale said Wednesday. "Cyberspace is fraught with threats and risks from foreign governments, from foreign militaries, from terrorist organizations."

The security legislation creates an intelligence commissioner, an independent agent who will authorize certain intelligence and cybersecurity activities — a measure intended to boost public confidence.

"Once again, Canadian lawmakers have failed to act to ensure that national security laws do not come at the cost of privacy, free expression, due process and government transparency," said Tim McSorley, national co-ordinator of the Ottawa-based International Civil Liberties Monitoring Group.

The group said Wednesday the CSE's new powers to conduct "active operations" in cyberspace come with little oversight and create a risk of retaliation.

The legislation also endangers rights by allowing CSIS to continue engaging in "secret and dangerous" threat-disruption operations, maintaining a no-fly list that violates due process, preserving overly broad information sharing rules and failing to enact a complete prohibition on use of information obtained as a result of torture, the group added.

"The national-security field is an opaque one, and staying informed of all the negative consequences of this bill will be difficult."