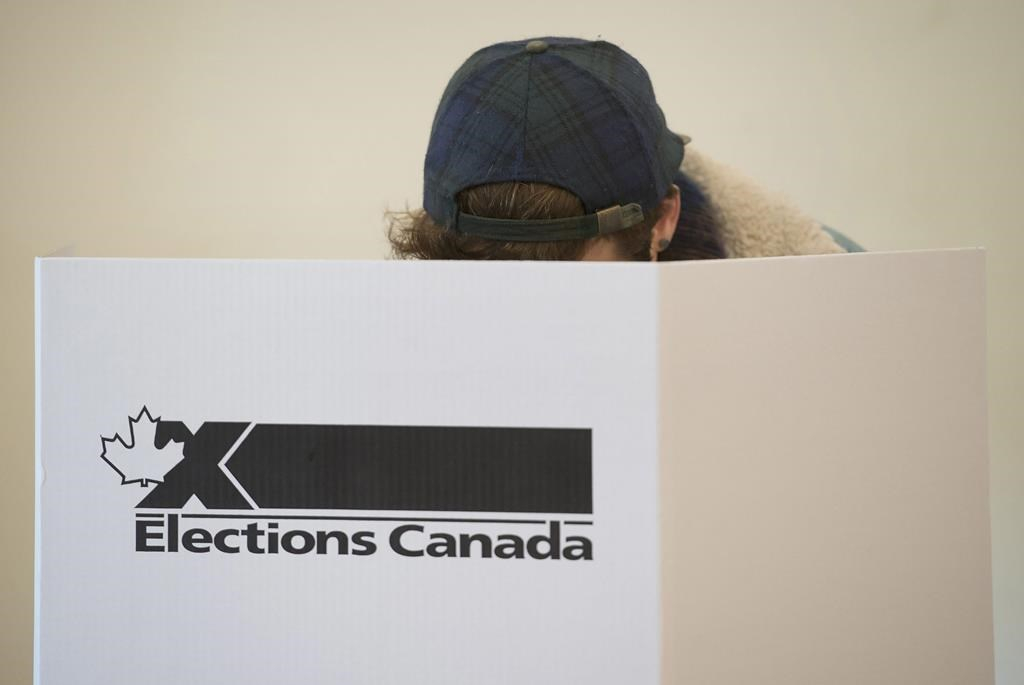 A woman marks her ballot behind a privacy barrier in the riding of Vaudreuil-Soulanges, west of Montreal, on October 19, 2015. File photo by The Canadian Press/Graham Hughes
Previous story
Next story

Elections Canada has scrapped plans to use social-media "influencers" to persuade young Canadians to register to vote in this fall's federal election.

Chief electoral officer Stephane Perrault said Thursday that a final vetting of 13 people chosen for the campaign — athletes, YouTubers and other television and social-media celebrities— turned up some past activities that could be seen as partisan.

"I did not feel that I had the right assurances that were necessary to protect our reputation as an unimpeachable, neutral and non-partisan agency for the election," Perrault said in an interview.

"It would have been a risk and a distraction at a point where the focus should be on the voters, on the candidates, on the campaigns, on the platforms."

Elections Canada had budgeted $650,000 for two full-length videos involving the influencers, plus 13 shorter versions. A spokesperson said the 13 individuals have already been paid for their work but the agency is in discussions with the production companies to try to recover some of the other costs of the project.

Perrault's decision to scrap the influencers campaign comes after sustained criticism of the idea from Conservative MPs, who alleged it was evidence of bias on the part of Elections Canada. They doubted the influencers would be truly non-partisan and charged that any increase in youth voter turnout would largely benefit the Liberals.

"It's important for Canadians to understand and know that Elections Canada is a completely independent agent of Parliament, that we are non-partisan, that everything we do, including the media campaign, is done with that in mind. But it's not for me to respond to politicians and start engaging in what would become political debates with politicians."

Still, he defended Elections Canada's efforts to persuade young people to register — which will continue, without the influencers.

"Our role is to remove barriers (to voting) for all Canadians. Different groups face different barriers," Perrault said.

In the case of youth, he said the problem is that only about 60 per cent of 18-to-24-year-olds are registered to vote, as few as 40 per cent for 18-to-20-year-olds. Unregistered voters do not receive voter information cards advising them where and when to vote. Those who do try to register at their polling stations on voting day find the procedure cumbersome and unwelcoming.

"We know that youth who vote early (in life) tend to be lifelong voters and those who do not vote early tend not to vote later on. So this is a long game. This is not about a particular election," Perrault said.

As to the charge that young voters are more likely to vote Liberal than Conservative, Perrault said that can't be Elections Canada's concern.

"I think it's quite unhealthy if we start going down that road and then we'll have to question ourselves as to whether we should have special voting opportunities for seniors in long-term-care facilities."

While influencers are used "as a matter of course" by various provincial elections agencies, Perrault said he was aware from the outset that the idea was "politically sensitive" among federal politicians. That's why he intended to use the influencers only during the run-up to the election campaign and why he insisted on multiple, "thorough" vettings of the individuals involved.

The Conservatives quickly pointed to past partisan activity by at least three of the 13, including a 2016 tweet by Ziv about being "in that @JustinTrudeau afterglow" and a September 2015 tweet by Callingbull calling on First Nations to vote out Stephen Harper's Conservative government.

They also unearthed a 2015 Instagram post in which Singh thanked Prime Minister Justin Trudeau for a gender-balanced cabinet, welcoming refugees, acknowledging abuse to Indigenous Peoples and for "leading with compassion and not creating division or fear. The post was accompanied by the hashtag "#mancrushfriday."

The influencers' video was to be one part of a larger campaign that will be launched June 25 to reach youth, new Canadians, Indigenous people, disabled electors and others who face barriers to taking part in elections and whose turnout is typically much lower than average. That campaign will still include a video urging young people and others to register to vote, but Perrault said the message will be delivered by actors instead of celebrity influencers in their own names.