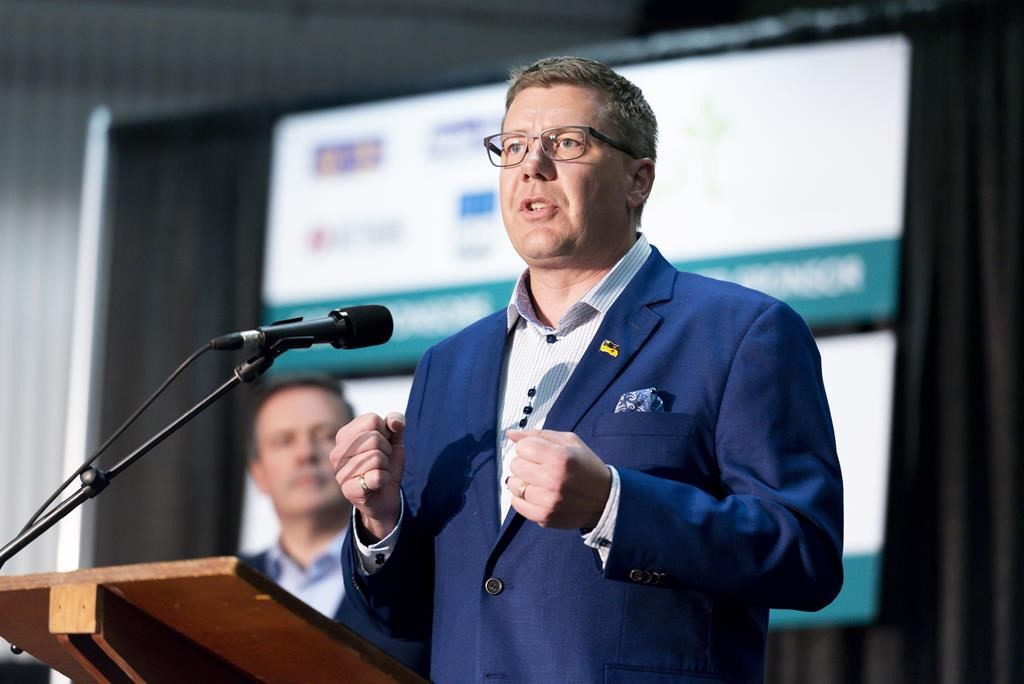 Saskatchewan Premier Scott Moe participated in his first Pride parade on Saturday, marking the first time a leader from his long-governing party has attended the annual celebration of the LGBTQ community.

Moe's press secretary said a change in schedule allowed the premier to travel to Saskatoon to join the march, along with several of his fellow legislators, to show "support for all of Saskatchewan's citizens."

Provincial NDP Leader Ryan Meili, who had previously condemned the Saskatchewan Party for not partaking in any Pride parades, tweeted a picture of himself at the parade beside Moe.

"For the good of all SK, let's hope it's a new tradition for all premiers," Meili wrote.

The Saskatchewan Party has held government in the province since 2007.

Saskatchewan Pride chair Amy Rees, when contacted Saturday after the parade and asked about the premier's attendance, said she wouldn't be able to speak because she was too busy with the city's festival.

Moe, who has been premier since February 2018 after succeeding Brad Wall as leader of the Saskatchewan Party, missed the Pride parade in Regina last weekend. He also missed last year's event in Regina because his office said he had a busy international travel schedule.

Ben Borne, who marched in the Saskatoon parade with a church group, didn't see the premier but heard he was there.

"It's not something I would have expected but I think it's such a good thing," said Borne, who added he's seen other Saskatchewan Party members of the legislature at past parades.

"It's such an inclusive event. It doesn't matter who you are, whether you're the premier or someone else, and I think it's good to have that kind of government representation there."