Plastic has created a crisis of waste. We must act 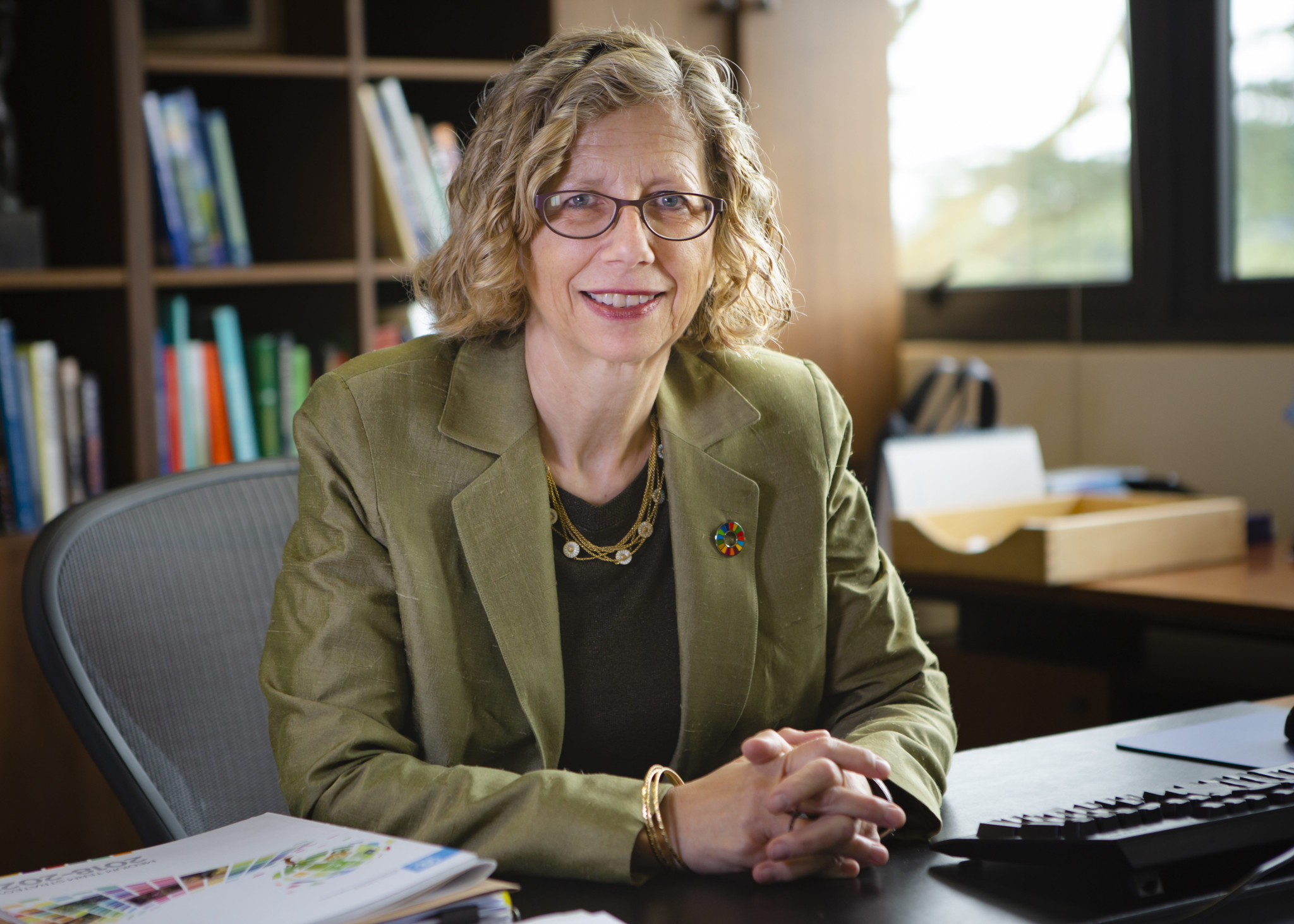 Inger Andersen, executive director of the United Nations Environment Programme, poses for a picture in her Nairobi office on June 24, 2019. Handout photo by UN Environment
Previous story
Next story

Our collective reverie is over.

New research suggests Americans ingest an estimated 74,000 to 121,000 microplastic particles every year; these materials can absorb and leach out harmful chemicals, including persistent, bioaccumulative and toxic substances (PBTs), which can be harmful to our development, reproduction and nervous systems.

By 2025, the World Bank estimates that globally, humans will produce nearly five trillion pounds of trash every year in urban areas alone — the equivalent of 6,850 Empire State Buildings. Already, Canada leads the developed world in per capita production of waste, with 1,587 pounds per person generated every year. The United States discards 500 billion pounds of solid waste every year, according to the Environmental Protection Agency. Three-quarters of this waste can be avoided or put to secondary use, but only 30 per cent is currently recycled or repurposed.

Front and centre in the global waste crisis is reliance on plastic, which has held humanity in its grip since its invention. Plastic is inexpensive, convenient, sanitary and can be molded into almost any shape imaginable. But its indestructible nature, coupled with our relentless global throwaway culture, has left us with a crisis of waste: 95 per cent of all plastic ever made — some nine billion tonnes — remains with us in our environment today.

In our current linear economy model, consumer products generally end up in the trash at the end of their life cycles. The circular economy model places emphasis on product longevity, reuse and repair, and views goods and materials that have outlived their intended usefulness as “nutrients” that help feed further production and the economy. Its goal is to reduce waste and maximize resources by moving away from a “take-make-dispose” approach, instead focusing on new value streams from otherwise discarded materials.

Shifting toward a restorative and upstream approach — one that prevents materials from becoming waste in the first place — has the power to improve our resource efficiency, promote innovation, support social prosperity, increase resilience and drive economic growth, all the while safeguarding natural capital and our environment.

A growing number of countries in Asia are restricting the import of waste. This has significant implications for North America. Unless we fundamentally change our approach to waste, a huge portion of our trash will continue to end up in landfills, poisoning our oceans and freshwater sources and littering our planet.

By driving innovation and encouraging bold new ideas, we still have the chance to change our linear, waste-generating economic models into more economically, environmentally and socially sustainable societies.

The Great Lakes region is the industrial heartland of the U.S. and Canada, generating economic output estimated at $6 trillion US in 2017 and driving more than 50 per cent of annual goods trade between the two countries; the region is essential to safeguarding North America’s economic and environmental future.

Because of its tightly integrated industries and long-standing history of collaboration across the border on a range of economic and environmental issues, the Great Lakes region is also uniquely positioned to play a leadership role in transitioning North America to a circular economy.

This week, business leaders, government officials and innovators will address our waste issue at the inaugural Great Lakes Circular Economy Forum in Toronto.

Convened by the United Nations Environment Programme, the City of Toronto and the Council of the Great Lakes Region, this event is a first step in putting municipalities, industry and other key stakeholders on the same page as far as waste and turning this environmental challenge into an opportunity for economic prosperity.

Inger Andersen is the executive director of the UN Environment Programme.

I don't object to the idea,

I don't object to the idea, but most of the "facts" presented are not on point to the specifics of plastic, such as how it gets in our food and where it truly originates. Solid waste is much more than plastic. Do micro plastics really get in the oceans and lakes via landfill? But that waste in landfill isn't a problem, but dues it directly have anything to do with microplastic in our diets? I have heard it reported that something like 70% of microplastic is directly linked to China. I don't know if that is true, but opinions like this do not convince me otherwise and we can't concede another economic advantage to China by getting activists here all up in arms while ignoring the real problems Etc, etc. More sourced facts please.