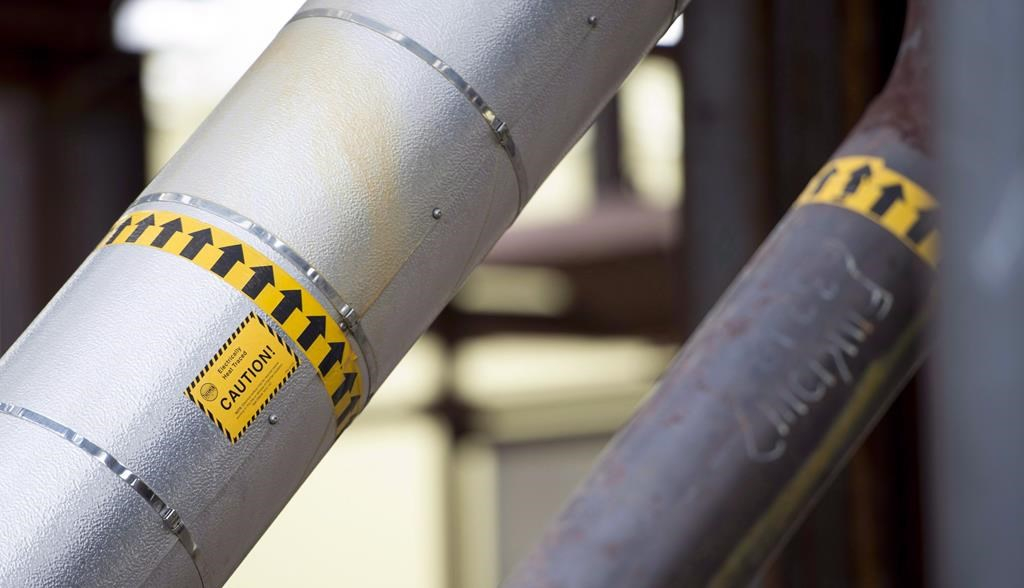 The federal government is increasing the carbon tax on new natural-gas plants to discourage power companies from building them.

The change is part of final regulations for the government's carbon-tax system for big industrial greenhouse-gas emitters which were released Friday.

It means any natural gas plant that starts operating after 2021 will have to pay the carbon price on a higher portion of its emissions each year until 2030, when it will pay the price on all emissions.

The big-emitters program, known officially as the "output-based pricing system," affects businesses that produce more than 50,000 tonnes of greenhouse gases a year, the equivalent of about 10,000 cars' emissions.

It is designed to limit impacts on competitiveness for major industrial emitters, who will pay the carbon tax on a portion of what they emit rather than on all the fuels that they use; an emissions standard is set for every industry and companies only pay the carbon price on what they emit above that standard.

Originally, new natural gas plants were being treated the same as existing ones, but the newer plants are far more efficient and could meet or beat the standard easily. So they wouldn't end up paying any carbon tax at all.

In a not-for-attribution background briefing for the media Friday, officials from Environment and Climate Change Canada said renewable-energy producers cried foul. They argued the measure would encourage power companies to build new natural-gas plants rather than turn to wind, solar, tidal or hydroelectric power.

So the government is amending the regulations for natural-gas plants built after 2021, lowering the emissions cap for them every year until 2030, when it hits zero. At that point, those plants will pay the carbon price on all emissions.

"It will further help renewable electricity like wind and solar compete and shape future investment decisions," one official said.

Isabelle Turcotte, the federal-policy director at the Pembina Institute, thinks the system will level the field for renewable fuels. She said it will also help Canada meet its target to produce 90 per cent of its electricity from emissions-free sources by 2030.

In 2018, 60 per cent of Canada's electricity came from hydroelectricity, 15 per cent from nuclear plants, and seven per cent from non-hydro renewables like wind and solar farms. The remainder was divided almost equally between coal (9 per cent) and natural gas and other fuels like diesel (10 per cent).

Canada has other regulations that will require all coal-powered plants to close, be converted to natural gas or be equipped with carbon-capture technology by 2030.

The big-emitters system took effect Jan. 1 in the provinces without equivalent systems of their own: Manitoba, Saskatchewan, Ontario and New Brunswick. Companies in those provinces will report their annual emissions for 2019 no later than July 2020.

If they meet the standard for their industries, they will pay nothing. If they emit less than the standard, they will be given credits by Ottawa they can save for future use or sell to other companies for whatever buyers are willing to pay. If they emit more than the standard they will be given carbon bills, which they can pay by either paying the carbon price ($20 per tonne in 2019, rising to $50 per tonne by 2022) or buying credits from companies that have some to spare.

The federal revenues from the system are not yet allocated but are to be returned to the provinces where they were raised. Ottawa is seeking public input on how the revenues should be distributed.

Conservative Leader Andrew Scheer said last week if he is elected he would rip up this system in favour of a similar version that requires investments in clean technology rather than paying a carbon price.