Supreme Court tells judges to take care, be clear on use of 'rape-shield' law 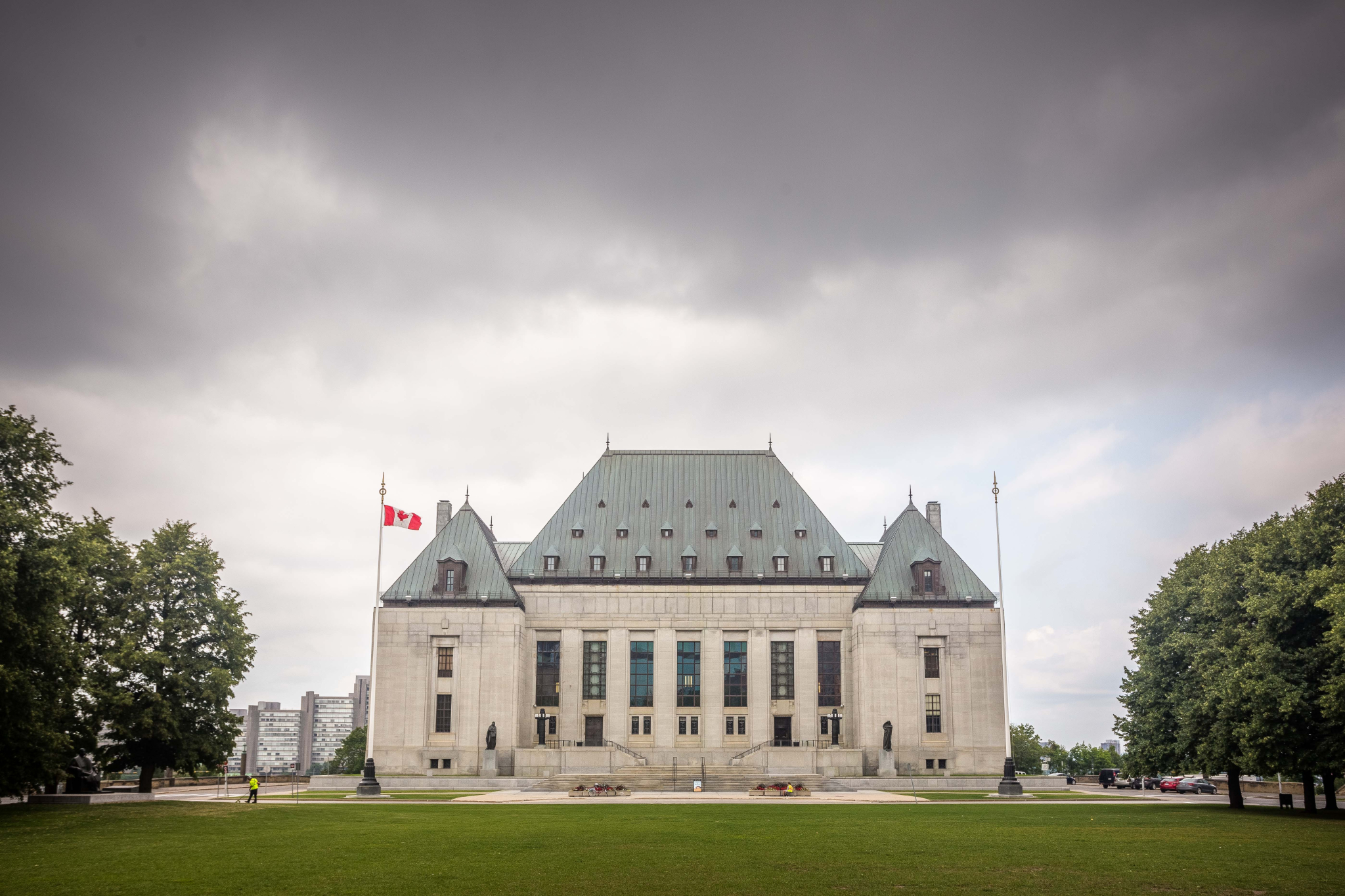 Canada's top court has issued a stern warning about allowing evidence of past sexual history in sex-assault trials, telling judges to be strict with jurors on how such details can be used.

The warning from the Supreme Court of Canada on Friday arose out of an Alberta case where a jury heard about a "friends-with-benefits" relationship between an accused and an alleged sexual-assault victim, meaning they were friends who, from time to time, got together to have sex.

A complainant's sexual history can't ordinarily be raised as evidence unless it's directly relevant to the charge.

The trial judge allowed the information over concerns that jurors would have thought the relationship was platonic, calling the evidence "relatively benign."

The majority of the Alberta Court of Appeal disagreed and ordered a new trial for Patrick John Goldfinch — a ruling the Supreme Court upheld Friday.

In a 6-1 decision, the court said the evidence was used only to suggest that the alleged victim was likely to have consented to sex with Goldfinch because she had consented in the past, which is exactly what the "rape-shield" law is meant to prevent.

"This case serves as a powerful illustration of how a trial can go off the rails where sexual activity evidence is admitted without being anchored to a specific, legitimate purpose," Justice Michael Moldaver wrote in one of two sets of reasons that reached the same conclusion. The judge and lawyers on both sides have to be "crystal clear" about what evidence is being allowed and why, and talk about it only for that purpose.

"Without this anchor, the trial may drift into unsafe waters, as occurred in this case."

Goldfinch was charged in 2014 with assaulting a woman he had once lived with, but was acquitted by a jury. During his 2017 trial, the judge twice told the jury that they had to take a limited view of the "friends-with-benefits" information, which Goldfinch said was necessary context for his account of events.

Before 1982, there were no limits on the defence's ability to introduce information about past sexual activity, usually done to attack the victim's credibility. The "rape-shield" provisions have since spelled out that evidence can only be introduced about specific instances and must be relevant to the issues at trial.

Justice Andromache Karakatsanis, writing for the largest group of judges, said Goldfinch couldn't point to any specific use for his sexual past with the woman. The evidence served no purpose other than to imply that because she had consented to sex in the past, she was more likely to have consented on the night in question.

"No means no, and only yes means yes: even in the context of an established relationship, even part way through a sexual encounter, and even if the act is one the complainant has routinely consented to in the past," she wrote, and judges in sexual-assault cases who do allow such evidence to be introduced should remind jurors of that if they have any concern that a jury will use it improperly.

Karakatsanis warned that "even 'relatively benign' relationship evidence must be scrutinized and handled with care."

The lone dissenting judge, Justice Russell Brown, argued the issues at trial were the result of the Crown's straying beyond the limits the trial judge put on the relationship details.

Brown said the evidence was no different than if an accused and complainant were married or dating.

"Making full answer and defence (to criminal charges) includes being allowed to tell a story that is complete and coherent by drawing from relevant evidence whose probative value outweighs its prejudicial effects," Brown wrote.

"This cannot be achieved by confining accused persons to saying what happened and not allowing them to explain how, or why, or to produce any corroborating evidence."