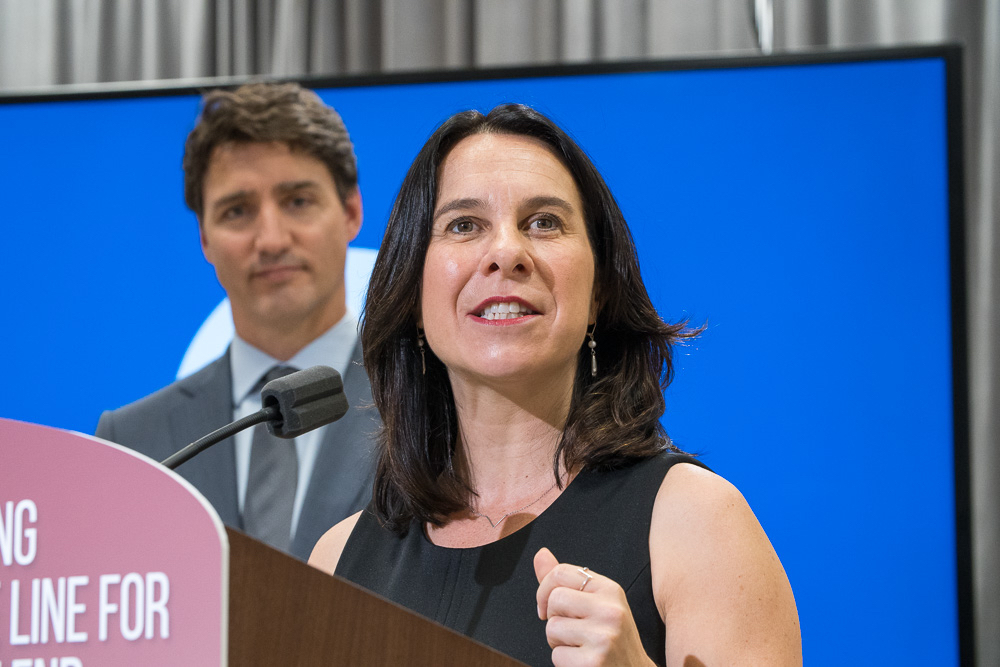 To describe the extension of the blue line eastward by five métro stations as long-awaited is an understatement. Successive governments have been dangling the prospect of a new métro line in front of the city's east-end voters for 40 years.

But the $1.3 billion pledged by Trudeau is the largest amount of money to be put on the table so far for the project, which does not yet have an estimated final cost. The plan is to extend the métro line five stops beyond the St-Michel station to the Anjou borough.

All the politicians on stage Thursday at the St-Michel community centre — located in Trudeau's federal riding of Papineau — said the goal was for construction to begin in 2021 and be completed by 2026.

But east-end Montrealers have been here before. Lévesque, Quebec's iconic Parti Québécois premier, first announced the blue line extension to Anjou in 1979.

A couple of generations later, the Parti Québécois pledged to build it a few months before they were defeated in the 2014 election. Construction was to have been completed in 2020.

The provincial Liberals won in 2014 and quickly decided their legacy project would be the city's Réseau Express Metropolitain (REM) light-rail system, which passes through Liberal west-end provincial ridings and connects the outer suburbs with the downtown core.

Trudeau — who's heading into a fall federal election — said this time is different: The city's long-neglected east-enders will finally get their metro.

"We agree that building large projects like this always ends up taking longer than what people would like," Trudeau said, alongside Montreal Mayor Valérie Plante, Quebec's junior transport minister, Chantal Rouleau and federal Canadian Heritage Minister Pablo Rodriguez, who represents an east-end Montreal riding in Parliament.

"I'd love to be having this announcement actually on the extension line right now. We're going to have to wait a few more years for that, but I don't think Montrealers should have waited one more minute for this important announcement."

Montrealers are going to have to wait, however, for a total cost for the project, and to know how big a bill the province will have to pay.

"We know the last government said it would cost $3.9 billion and not long ago we saw it was closer to $4.5 billion," Rouleau said to reporters after the announcement. "What I'm saying is we are refining the costs."

Part of that refining process will be to settle with property owners along the metro's proposed route who aren't happy with the government's offer. "It's a negotiation between the property value and the market value," Rouleau said to a question about how much the province offers owners to expropriate their property.

"I can't go into detail because it's in litigation," she said.

The blue line extension is expected to provide metro access to more than 17,000 new users, and will include two new bus terminals and park-and-ride lots in the area.

Ottawa usually finances roughly 40 per cent of the total cost of infrastructure projects across the country. Rouleau said the provincial government is happy with the federal injection.

Trudeau's announcement Thursday is the latest of several major transportation pledges for Quebec. Ottawa gave more than $1 billion for the REM and paid the whole bill for the new Samuel De Champlain Bridge, which opened on Monday without tolls — as promised by the Trudeau Liberals.