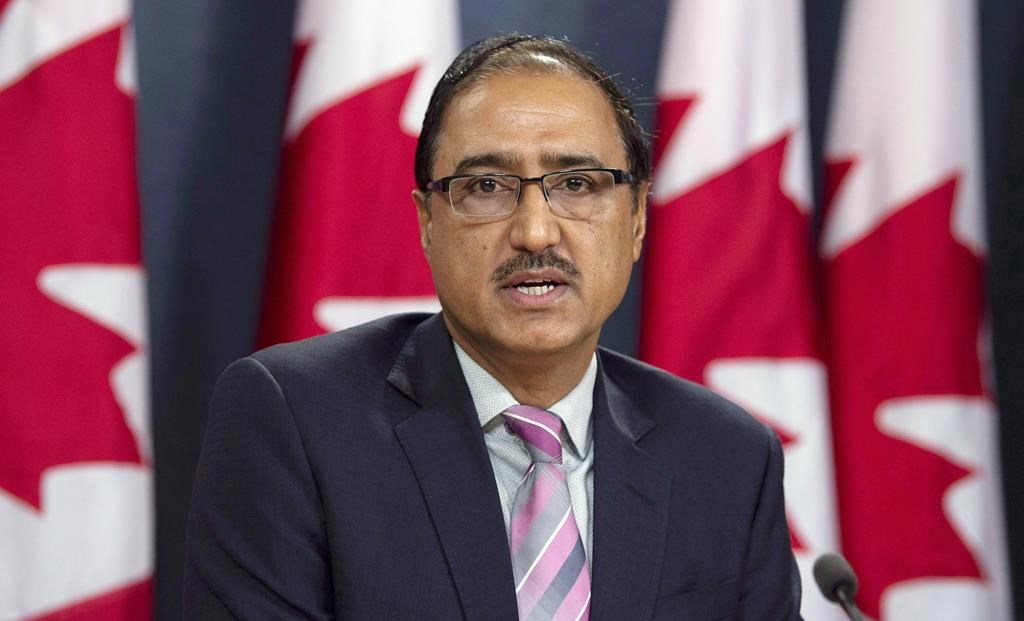 Canada's natural resources minister says the government is willing to consider bids from Indigenous groups for a stake in the Trans Mountain pipeline.

But Amarjeet Sohi also says Ottawa wouldn't jump at the first offer on the table.

"We have seen from Indigenous communities that they are interested in having an equity ... in this project," Sohi said Thursday at a business luncheon in Calgary.

"It is a very important conversation to have because Indigenous communities should be benefiting from economic resource development. This will be an opportunity for us to work with them and explore that option."

An Indigenous-led group called Project Reconciliation has announced it could be ready as early as next week to make a $6.9-billion bid for majority ownership of the pipeline.

The group says almost 340 Indigenous communities across British Columbia, Alberta and Saskatchewan could choose to share ownership in an expanded pipeline shipping crude oil from the Alberta oilsands to the west coast and from there to overseas markets.

Sohi said the government is a long way from beginning to look at serious offers for the pipeline. It plans to hold discussions in Vancouver, Victoria, Edmonton and Kamloops, B.C., later this month with Indigenous groups.

"We want to make sure there's a capacity for all Indigenous communities to engage on this," Sohi said after the luncheon.

"This is a project that's going to take a couple of years to complete and conversations will continue to proceed."

Sohi also said he expects there will be another court challenge of the government's approval last month of Trans Mountain for a second time.

The proposal to twin an existing pipeline between Edmonton and Burnaby, B.C., was first approved by cabinet in 2016, but resistance to it by the British Columbia government, environmentalists and some Indigenous groups grew.

The federal government purchased the existing line last year from Texas-based Kinder Morgan for $4.5 billion when the company threatened to walk away because of the uncertainty.

The Federal Court of Appeal rescinded the federal approval some months later. It said the impact on marine life needed to be considered and there had not been sufficient consultation with Indigenous people.

"We can demonstrate we have heard concerns from the Indigenous communities and that we actually responded to the concerns of the communities," Sohi said Thursday.

"I'm very confident that the direction we followed from the Federal Court of Appeal and the way we have implemented that (puts us) in a very strong position."