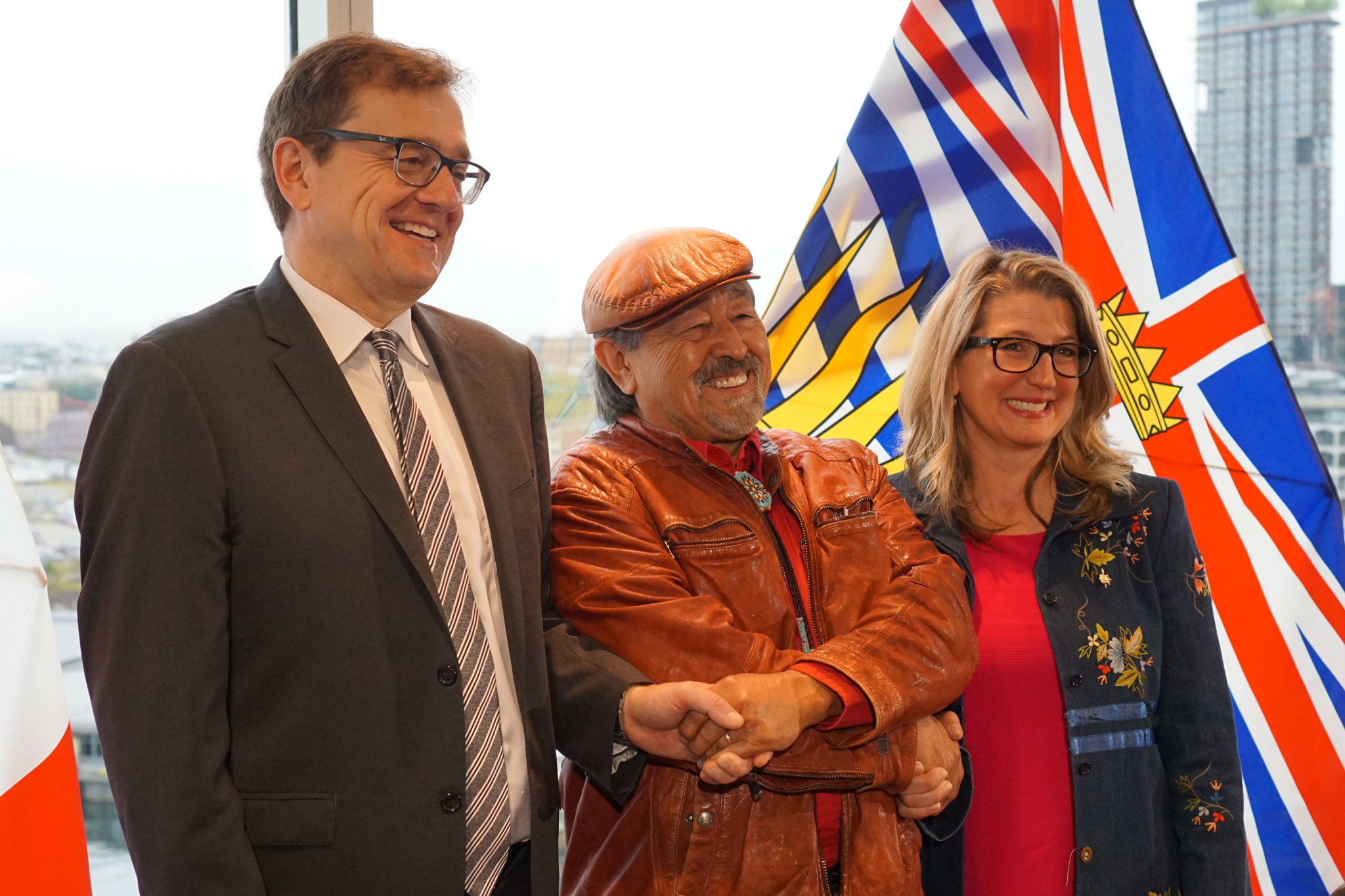 The federal government and the province of B.C. on Friday announced 23 projects will receive about $13 million in funding for salmon restoration this year.

Ottawa and the B.C. government are investing in the province’s Salmon Restoration and Innovation Fund for the next five years. Canada committed $100 million over five years, while B.C. committed $42.85 million over the same period.

The projects are meant to help strengthen B.C.’s salmon, which face issues such as habitat degradation and low populations.

Skeetchestn Indian Band is one of the funding recipients. Skeetchestn is working on land restoration with eight other communities from the Secwepemc Nation, in a collective called the Secwepemc’ulecw Restoration and Stewardship Society.

The society, along with a sustainable-forestry project called Forest Foods, will use the money to stabilize the salmon spawning beds of Bonaparte River in Secwepemc’ulecw (Secwepemc territory).

“This is just one component of an overall vision we have to rebuild the biodiverse forests throughout the Shuswap Nation,” Kukpi7 Ronald Ignace, the band's chief, said. “We’re looking down the road to climate change and hoping to contribute to the remediation of climate change as much as we can.”

“One of the interesting things is the Secwepemc’ulecw Restoration and Stewardship Society will be engaging private landowners that actually hold a lot of the land around some of the most damaged riparian zones,” he said.

70% of salmon restoration projects receiving gov't funding are led by or include Indigenous communities, says Wilkinson.

The partners plan to write contracts with these landowners allowing them to do restoration work on private land.

Ignace said working jointly with Secwepemc nations and all levels of government is essential to fighting climate change.

“We’re trying to work with multi-stakeholders, because we’re all in this together,” he said. ​​​​

The Cowichan Valley Regional District, in partnership with Cowichan Tribes, also received funding. They are doing a feasibility study to rebuild the Cowichan Lake Weir, which controls outflow from the lake into Cowichan River.

"Warmer waters and rivers can be lethal to not only the salmon populations but resident trout," district chairman Ian Morrison said. "We're looking at trying to perhaps build a new weir that will have cold-water infusion into the flows, which will make it a more sustainable, more healthy environment for fish."

“After years of cutbacks and underfunding under the Harper government, and the previous government also rolling back protections for thousands of our waterways and at-risk species, we are delivering on our commitments that we made to restore and modernize those lost protections to rebuild our wild fish stocks,” he said.

Wilkinson said 70 per cent of the projects receiving funding are led by or include Indigenous communities.

The department launched an Indigenous Habitat Participation Program on June 7 with $50 million to engage Indigenous Peoples in fish conservation.

Hours after announcing the salmon restoration fund on Friday, Wilkinson was on Katzie territory in Pitt Meadows, B.C., where he announced the government had signed an agreement with 76 First Nations to collaborate on fisheries issues in the Fraser River.

Big day for #FraserRiver and Approach #FirstNations as the #Fraser #Salmon Management Council @Fraser_Salmon signs a management agreement with @DFO_Pacific at #Katzie. Congratulations to all who have worked hard for years to reach this historic moment! #fnfish #fsmc pic.twitter.com/5u0iawq50a

Wilkinson said measures to restore salmon and marine life are closely related to other environmental legislation by the federal government, including establishing the $1-billion Canada Nature Fund and plans to ban single-use plastics by 2021. Ocean plastics harm marine life and some emit greenhouse gases.

"The work that we are doing to address habitat is one piece of a broader puzzle, where my colleague, (Environment and Climate Change Minister) Catherine McKenna, is leading the work on addressing climate change."