How a wealth tax could help Canadians 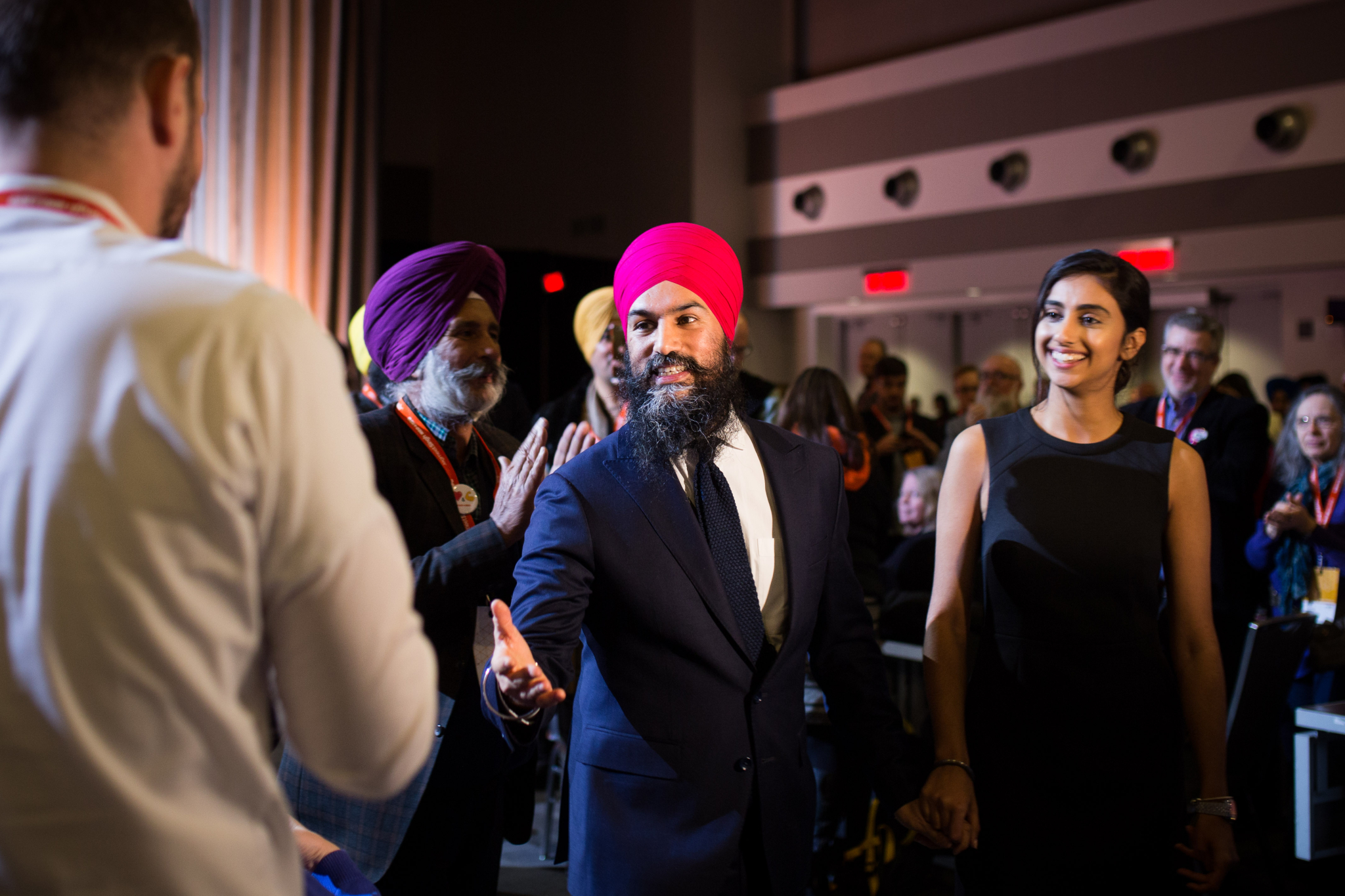 Jagmeet Singh reaches out to delegates as he leaves an NDP convention stage with Gurkiran Kaur on Feb. 17, 2018 in Ottawa. File photo by Alex Tétreault
Previous story
Next story

Canada’s NDP has proposed a one per cent tax on wealth over $20 million as part of its election platform. The party doesn’t include much detail yet but estimates it could generate several billion dollars a year.

Pundits have been quick to pounce on a wealth tax as too extreme, difficult or costly. A National Post column last month asked: “What is the problem to which creating a wealth tax is a solution?”

Growing inequality is the problem.

The richest families in Canada are now more than 4,400 times wealthier than the average family, according to a study by the Canadian Centre for Policy Alternatives (CCPA).

This widening gap has gone hand-in-hand with declining social and economic mobility. The CCPA found that family dynasties are more likely to keep their money in the family than they were two decades ago thanks to light taxes and loopholes that primarily benefit the wealthy, while Statistics Canada recently reported that family income mobility has declined since the 1980s.

The idea of a wealth tax sparked more interest earlier this year after Democratic leadership contender and U.S. Sen. Elizabeth Warren proposed a two per cent tax on those with more than US$50 million in assets, with the rate rising to three per cent for fortunes over US$1 billion.

“The Ultra-Millionaire Tax” would target all assets, from closely held businesses to residences outside the country. Warren estimates it would bring in US$2.7 trillion over a decade ⁠— revenue she would use to reverse staggering inequality in the country through measures such as universal child care and free tuition at public colleges.

Rising disparity is a global problem, and it’s not just progressive politicians who are pointing out the need for increased taxes on wealth.

Both the International Monetary Fund (IMF) and the Organization for Economic Cooperation and Development (OECD) — hardly left-wing organizations — have highlighted growing inequality of wealth as a problem and suggested that countries increase taxes on wealth and capital.

Public polling has also found support among the very group the tax would target. A CNBC survey found 60 per cent of millionaires back Warren’s wealth tax. A long list of high-profile billionaires, such as Facebook co-founder Chris Hughes and financier George Soros, recently came out in support of the plan in an open letter.

“⁠A wealth tax could help address the climate crisis, improve the economy, improve health outcomes, fairly create opportunity, and strengthen our democratic freedoms. Instituting a wealth tax is in the interest of our republic,” part of the letter stated.

Similar calls are coming from Canada, where a group of more than 125 young people with class privilege, members of Resource Movement, have also endorsed a wealth tax. They work towards the equitable distribution of wealth, land and power ⁠— and they see a tax on wealth as part of that progress.

Average Canadians seem to share that sentiment. A survey by the Organization for Economic Co-operation and Development released earlier this year found 69 per cent of Canadians wanted the government to raise taxes on the wealthy in order to support the poor.

This spring, 67 per cent of Canadians said they would endorse Warren’s wealth tax, according to an Abacus Data poll. Support was steady across every geographic area, demographic group, and political stripe ⁠— even Conservative voters. And in the U.S., a Politico poll earlier this year found 60 per cent of voters, including Republicans, support the tax.

While a majority of the public may be sold on a wealth tax, critics have dismissed it as too difficult and costly to enforce because wealthy individuals are so good at avoiding taxes. The economists behind Warren’s plan, who specialized in tracking how the very rich hide their wealth, pointed out the tax includes measures to prevent the most common tax-dodging loopholes.

Others have argued it would be impossible to gauge the value of assets such as paintings and personal business investments. These are minor questions that could be addressed in the design of the tax ⁠— the vast majority of the wealth affected is held in stocks, for which prices are readily and publicly available.

There’s debate among economists about the pros and cons of annual wealth taxes, and whether inheritance taxes and other taxes on capital and wealth would work better. Canadians for Tax Fairness, an organization that advocates for fair and progressive taxation, has called for restoring an inheritance tax on high-wealth estates to narrow Canada’s widening wealth gap, make our tax system fairer and generate funds to pay for public services. Democratic leadership contender and U.S. Sen. Bernie Sanders proposed a similar plan to expand the estate tax for inheritances over US$3.5 million.

The question and debate should no longer be whether we have increased taxes on wealth and capital, but what form they should take. We should thank the NDP for getting this debate going in Canada, and look forward to seeing what other federal political parties propose.

"We should thank the NDP for

"We should thank the NDP for getting this debate going in Canada, and look forward to seeing what other federal political parties propose. " ?????!!!!!!!
Great article....makes sense....BUT....why the bias? Have you even ever listened to Ms May of the Green Party of Canada who's been around a lot longer than this new NDP leader. Hey, don't get me wrong....I voted for Mulcair....I do Mulcair math. But....it ain't Singh who started this conversation. I don't appreciate a journalist showing bias towards a party. Yes, I am voting for Ms May & the Green Party of Canada in this upcoming Fed Election & proud of it! She's sooo very smart. I suggest you read her book called Who We Are.

One wonders why there would

One wonders why there would be a question as to which of an annual tax and an inheritance tax, when both are clearly warranted given the extent of disparity. A tax on the order of 2-3% annually would probably not come close to recouping the rich-boys/corporate welfare club expenditures. One would hope that inheritance tax on large holdings (and on large private foundations) would be significant.