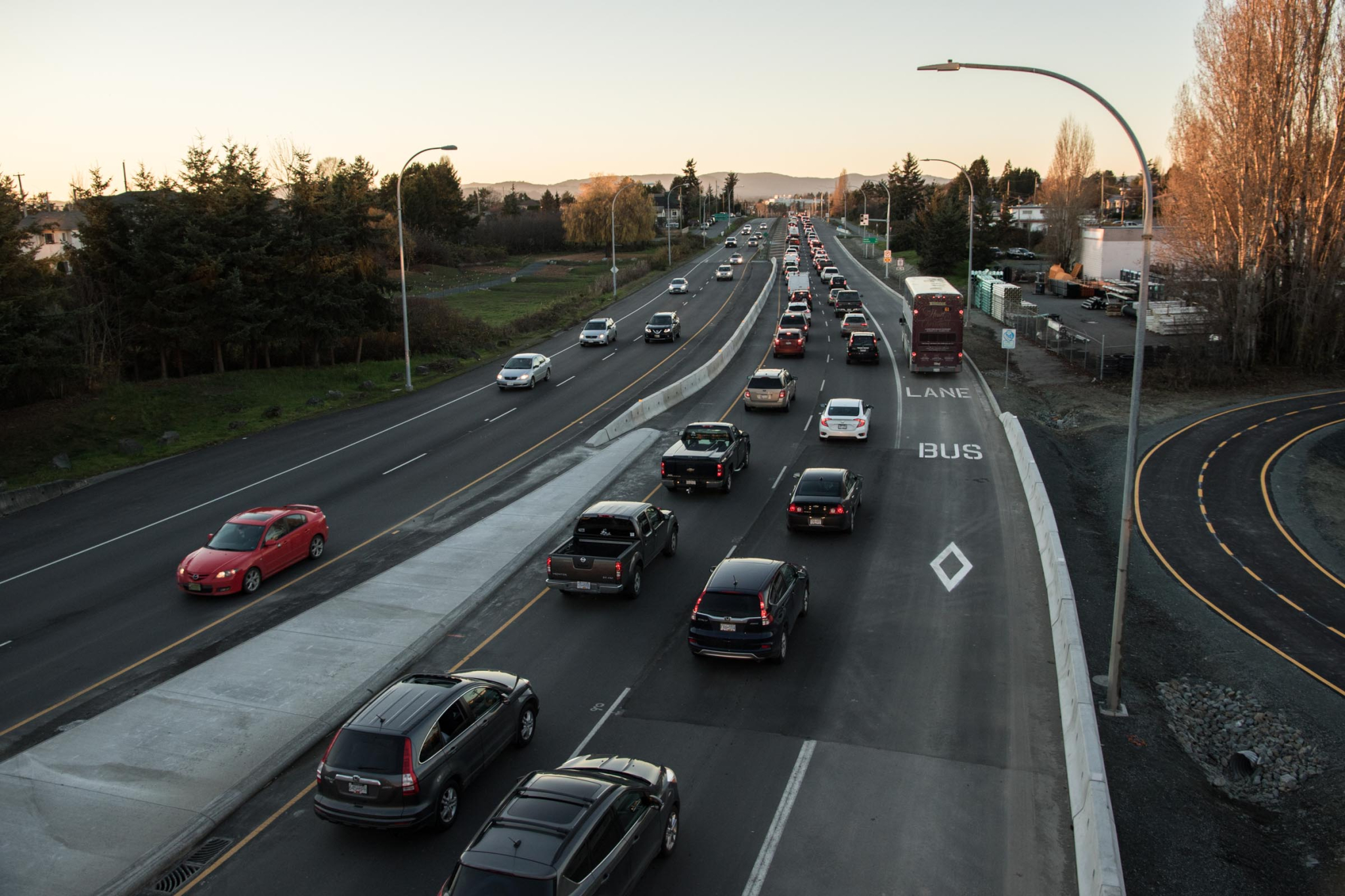 Southbound Douglas Street in the greater Victoria, B.C., area. B.C.’s carbon tax reduced the use of gasoline and natural gas by seven per cent per person and there’s evidence that it spurred people to buy more fuel-efficient cars. Photo from B.C. Gov.
Previous story
Next story

Climate change will be an important part of the national conversation this fall. One part of Canada’s strategy to deal with climate change has been to put a price on carbon.

What’s a price on carbon? Glad you asked. It’s a charge on fossil fuels, the main drivers of climate change.

If we want our climate to remain as stable as possible, economists overwhelmingly recommend we start by putting a price on carbon. The evidence shows that it helps the environment in a way that’s best for the economy.

More to the point: carbon pricing works. It has for a long time.

Here are six places where carbon pricing has worked:

We don’t have to go far for our first example. British Columbia adopted a carbon tax in 2008 and hasn’t looked back. Its economy has grown at one of the fastest rates in Canada (the carbon tax didn’t cause this, but it sure doesn’t seem to have hurt the economy).

In 2009, 10 states, including New York and Massachusetts, worked together to put a price on carbon. They used the other type of carbon pricing: cap-and-trade. Their system is known as RGGI (Regional Greenhouse Gas Initiative), or “Reggie.”

Sweden has had a carbon tax since 1991. It started at €25 per tonne of greenhouse gases and is now €120 per tonne, the highest carbon tax in the world. Since implementing carbon pricing, Sweden’s economy has grown well above the European average.

The United Kingdom has had a bipartisan consensus on climate change for a long time. They introduced a carbon price in 2001 and gradually ramped it up over time.

Tokyo was the first city to put a price on pollution back in 2010. About 1,300 of its largest buildings pay a price on carbon.

Fighting climate change isn’t controversial in the EU. It has had a price on carbon for 15 years, fostered international co-operation and emphasized the need for collective action. The system applies to most of Europe’s large industrial facilities (manufacturing, power, etc.).

Pricing has worked on pollutants other than carbon. Just ask acid rain. Oh wait, you can’t. We got rid of it by putting a price on it. In 1990, two conservative politicians, former prime minister Brian Mulroney and former U.S. president George H.W. Bush, agreed to address sulfur dioxide pollution, the main cause of acid rain. The U.S. did this by putting a price on sulfur dioxide.

A climate change plan without a price on carbon is like a house without a foundation. Sure, it can do the job, but you’ll take on a lot of unnecessary costs.

As long as we take the time to do it properly, carbon pricing can be a key part of the solution to climate change. And at a time when cost-of-living concerns are high, how we get there matters. Let’s lay the right foundation.

Brendan Frank is a research associate with Canada’s Ecofiscal Commission.

How could we ever hope to

How could we ever hope to solve our climate problem without pricing energy properly?