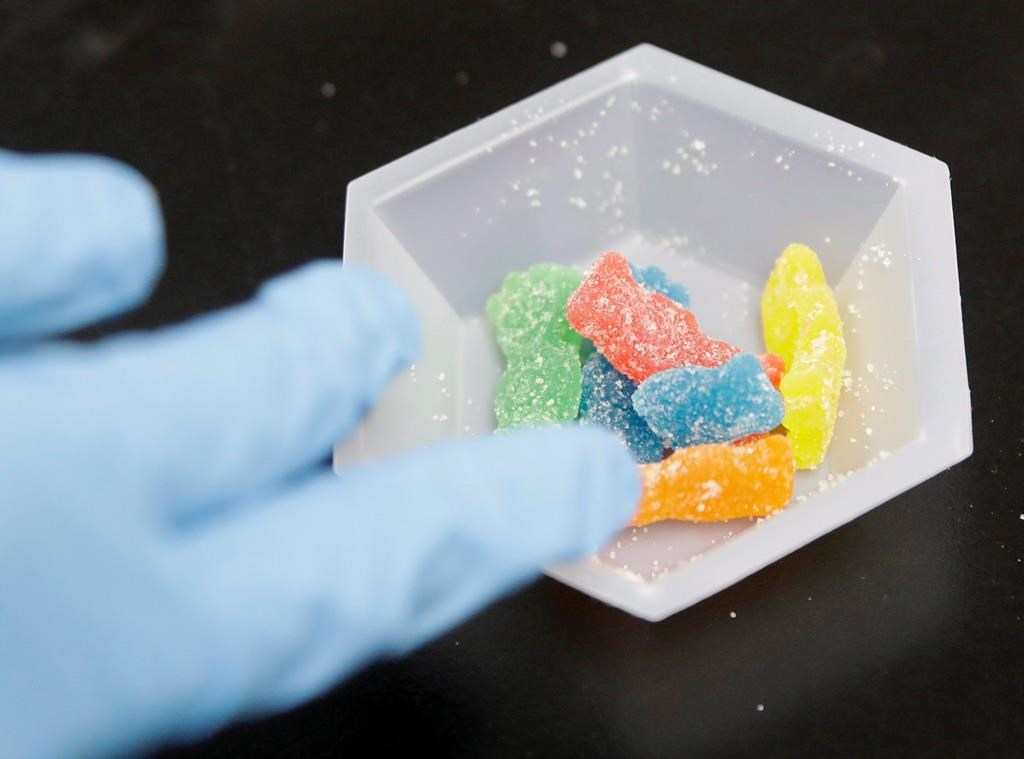 Edible marijuana samples are set aside for evaluation at Cannalysis, a cannabis testing laboratory, in Santa Ana, Calif. on Aug. 22, 2018. File photo by The Associated Press/Chris Carlson
Previous story
Next story

Quebecers hoping to buy cannabis chocolates, jujubes and other sweets after they become legal in Canada will be out of luck as the provincial government has decided to ban their sale.

The province announced it would ban the sale of cannabis candies, confections, desserts — including chocolate — and "any other product that is attractive to minors."

Ottawa will legalize edible products on October 17, but it will take at least another 60 days for products to hit the shelves. Cannabis extracts and products for topical use will also be permitted.

Quebec maintains that federal measures to regulate the new products will not allow the province to "achieve its public health and safety objectives."

The provincial government says more needs to be done to reduce the appeal of cannabis to young people and the risk of accidental intoxication.

Ottawa has said it will not allow the sale of edibles that are appealing to young people, but assessments of whether the line is crossed will be made on a case-by-case basis. Whether an edible cannabis product is reasonably considered to be appealing to kids would depend on various factors including its shape, colour, flavour, scent and how it is packaged, a federal government official said last month.

Among the other measures introduced by Quebec is the prohibition of additives intended to modify the smell, flavour or colour of cannabis products.

Cannabis for topical use will not be allowed for sale in Quebec "for the moment", the government adds.

A large cannabis facility is transforming a Quebec town near Ottawa