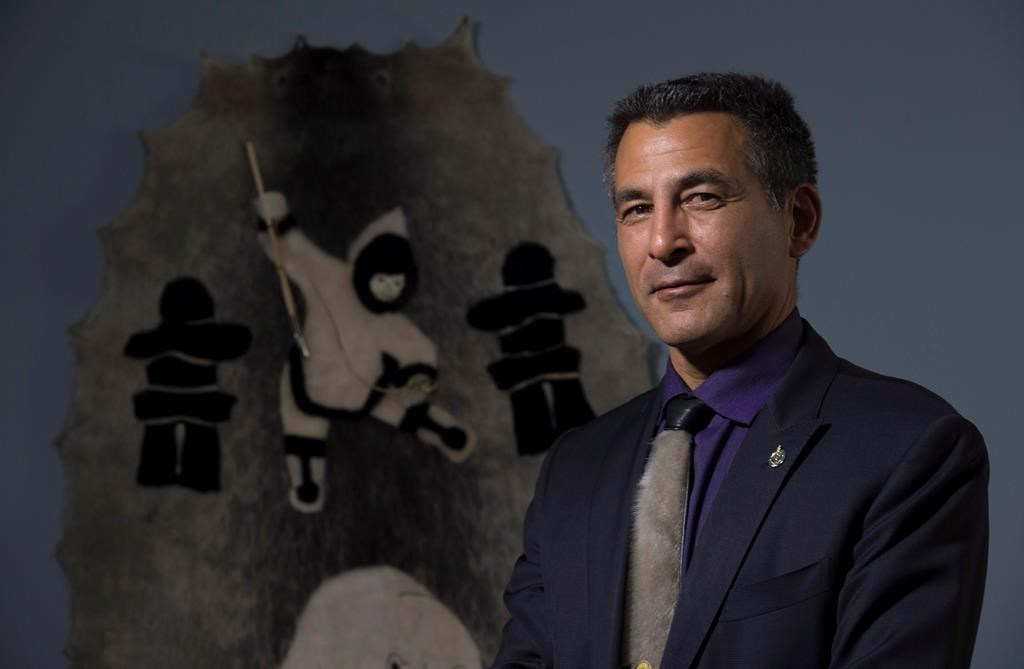 Liberal Member of Parliament for Nunavut Hunter Tootoo poses for a portrait in his office in the Parliamentary precinct on Wednesday, September 21, 2016 in Ottawa. File photo by The Canadian Press/Adrian Wyld
Previous story
Next story

Hunter Tootoo, the Nunavut MP who began his time on Parliament Hill with a seat at the Liberal cabinet table and ended up sitting as an Independent, says he won't be running for re-election this fall.

In a statement released Tuesday via social media, Tootoo said that after much consideration, he has decided to leave politics entirely.

"I appreciate very much the encouragement and support I have received from Nunavummiut all across the territory over the past months," he said. "I have made the decision to leave public life. I will not be a candidate in the upcoming federal election."

"During my time as MP I contributed to positive change for Nunavut," he said.

"Here we have consensus government — a group of elected individuals who work together to do the right thing for all the people of Nunavut. Coming from that work ethic, I was able to work with members of all political stripes, as well as my cabinet colleagues, and I am proud of the things I accomplished."

In 2015, Tootoo garnered headlines after he defeated Conservative cabinet minister Leona Aglukkaq in the riding, going on to be named fisheries minister in Prime Minister Justin Trudeau's cabinet.

Less than a year later, Tootoo announced that he was quitting cabinet and the Liberal caucus as he apologized for a "consensual but inappropriate relationship" with an unidentified person, prompting calls for him to resign.

He took a two-month hiatus to seek treatment for what he described as an alcohol addiction that he said took over his life and left his judgment clouded.

On Tuesday, Tootoo thanked his family, friends and parliamentary colleagues for helping him through a difficult period in his life. He also encouraged anyone who suffers from addictions, mental illness, or trauma to seek the help they need to heal.

"Remember, you are not alone."

Aglukkaq, meanwhile, has announced she plans to mount a comeback to reclaim the seat she lost in 2015.

By Mike De Souza | News, Politics | June 1st 2016
Reports from the Race to a Safer World