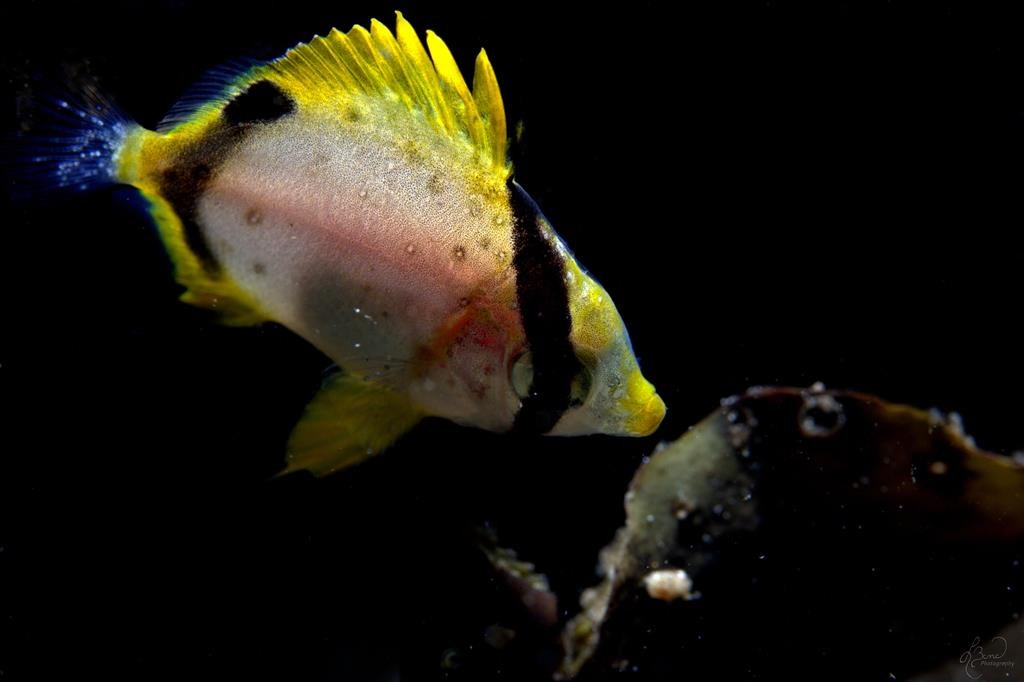 A marine biologist is taking notice of stunning images of tropical fish photographed by an amateur diver in the warming waters off Nova Scotia's southern shore.

Boris Worm of Dalhousie University — who has also been a diver for decades — says the seahorses, spotfin butterfly fish and bluespotted cornetfish would once have been considered a rarity in Nova Scotia.

"There's a sense these fish are becoming more numerous, and they are staying for longer," the biologist said in an interview.

As the weather gets warmer, the tropical species are remaining in the region for longer periods of time, though most are likely dying off in late fall as waters grow cold, he added.

Diver Lloyd Bond said he has been able to capture more digital images of the colourful species over the past six years at Paddy's Head in St. Margarets Bay and provide them to scientists like Worm.

"It's a double-edged sword, because you're pretty excited to see them, but they're also a symptom of something unnatural going on there," said Bond, who has been diving off the Nova Scotia coast for two decades.

Worm says he sees the presence of the fish as a signal of human-influenced climate change.

A Department of Fisheries and Oceans scientific summary titled "Canada's Oceans Now," states that two of the five warmest years in recorded history occurred in 2012 and 2014 in air temperatures, and sea surface temperatures followed that trend off Nova Scotia.

In addition, the Gulf Stream's influence is increasing, resulting in "high deep-water temperatures on the Scotian Shelf and in the deep channels of the Gulf of St. Lawrence," the report says.

Worm says it's his view that some eddies of the Gulf Stream may be spinning into bays and inshore waters, bringing the tropical and sub-tropical fish into coastal inlets where divers see them.

"Those (eddies) are occurrences when we have very warm waters of 20 degrees or more, and they carry the tropical and subtropical species," he said.

He says while the presence of the fish themselves isn't likely to disrupt ecosystems, there's the possibility that invasive predatory species and warm water diseases won't be far behind.

"What has a larger impact is the warming water itself, which changes the composition of the phytoplankton and ... it really re-organizes the food web," he explained.

"It's a general rule of thumb that a warmer world is a sicker world," he said. "More micro-organisms can survive in warmer waters for longer periods of time."

He cites the collapse of the lobster fishery off southern Rhode Island that occurred after a shell disease "that probably came in with warmer waters."

The DFO report documenting warming waters noted a mixture of impacts on fisheries.

These range from declines in northern shrimp and snow crab, which prefer cooler waters, to increases in lobster populations that thrive in slightly warmer waters.

The federal report Canada's Changing Climate, released in April, predicts "ocean warming and loss of oxygen will intensify with further emissions of greenhouse gases," and that the chemical composition of the oceans will change.