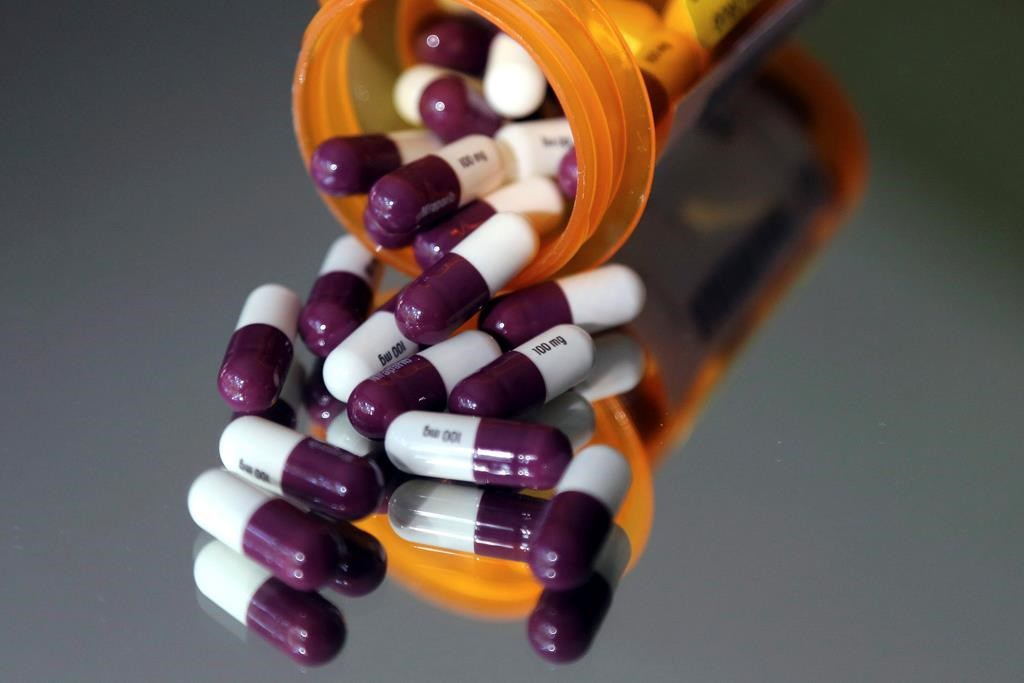 Federal officials say Ottawa was not consulted in advance about the details of a Trump administration proposal announced Wednesday aimed at allowing American patients and consumers to legally import cheaper prescription drugs from Canada.

"While we're aware of ongoing state-led initiatives to import Canadian drugs, we weren't consulted on specifics," the office said in a statement.

Azar, a former drug industry executive, said U.S. patients will be able to import medications safely and effectively with oversight from the Food and Drug Administration under a scheme that prompted many defenders of Canada's drug supply to sound the alarm.

The plan amounts to nothing short of a "clear and present danger" to the health and well-being of Canadians who need prescription medications, said John Adams, the volunteer chairman of the Best Medicines Coalition, a non-profit organization representing 28 national patient organizations.

"This is really serious," said Adams, who warned that the existing supply of drugs in Canada is not always sufficient to meet the current needs of Canadians, let alone a sudden surge in demand from south of the border.

The federal government may not be suitably equipped to protect the drug supply, he added, suggesting Parliament ought to be recalled before the October election in order to establish a mechanism to ensure Canadians have ample access to the medications they need.

"We may not have all the necessary tools in place," Adams said. "If not, let's be honest about that and let's call Parliament back to a special session before the election to create the legal tools to protect the supply of patented medicines for Canadians and their health needs."

In a statement, Petitpas Taylor's office framed the U.S. proposal as evidence of Canada's commitment to more affordable prescription drugs. Ottawa is constantly monitoring the Canadian drug supply and will work closely with health experts to better understand the implications for Canadians and avoid any adverse effects on supply or prices, it said.

The American proposal would allow states, wholesalers and pharmacists to get FDA approval to import certain medications that are also available in the U.S., although few other details were released.

However it will work, the Trump administration is clearly keen to allow American patients to access Canadian drugs, the Canadian Pharmacists Association warned as it called on the federal government to oppose the scheme and develop a response, including restrictions on drug exports.

The Canadian medicine supply is not equipped to support both Canadian and U.S. consumers, it said, warning of worsening drug shortages in Canada and disrupted access to medications.

Wednesday's announcement is only the latest instance of Canadian pharmaceuticals making headlines stateside.

U.S. Sen. Bernie Sanders, one of several contenders for the Democratic nomination to challenge President Donald Trump next year, travelled to Windsor with a number of American patients on the weekend to purchase insulin at a deep discount, part of his effort to advocate for federally regulated prices.

Sanders also raised the subject of cheap Canadian drugs during Tuesday's first instalment of the two-night debate between Democratic hopefuls.

All that interest has a number of advocates urging Petitpas Taylor to take action.

"Hospital and community pharmacies in Canada are resourced to serve the Canadian public," a group of health organizations wrote to the minister last week. "They are not equipped to support to the needs of a country 10 times its size without creating important access or quality issues."

Faced with voter anger over the steep and rising costs of drugs in the U.S., several states — including Florida, with the blessing of U.S. President Donald Trump — have passed laws allowing residents to import drugs from Canada.

High American drug prices are a big problem, but one that demands a made-in-the-U.S. solution, said Adams. Solving it should not come at the expense of Canadian patients who need their medication, he added.

—With files from Colin Perkel in Toronto and The Associated Press