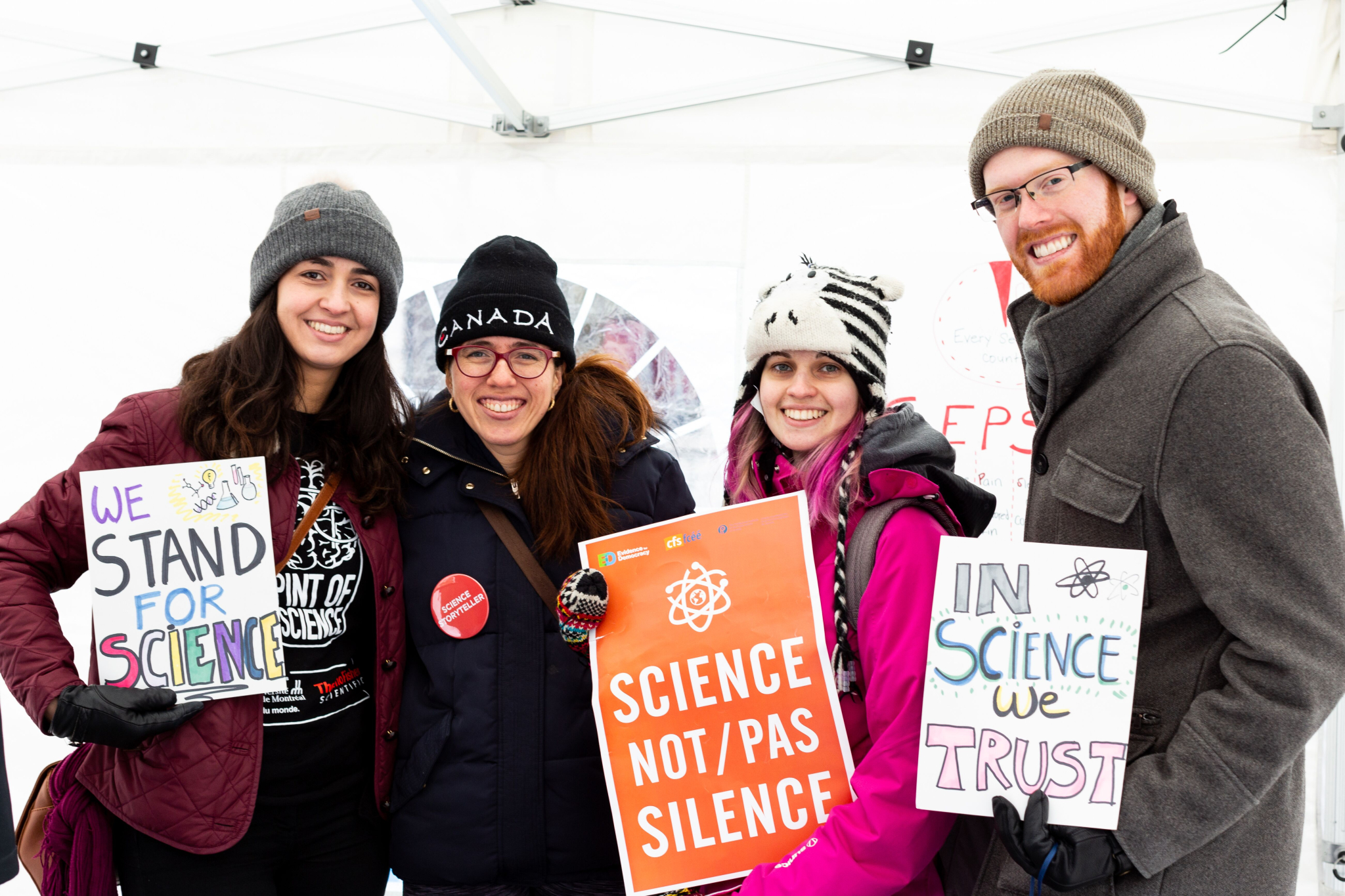 Scientists and supporters at a March for Science event. Undated photo supplied by Evidence For Democracy
Previous story
Next story

A coalition of science groups is pushing for candidates in the upcoming federal election to back evidence-informed policy, more transparent communication of that decision-making and more funding for scientific research.

The “Vote Science” campaign, which launched Thursday, includes a toolkit to help Canadians engage with candidates directly, and questionnaires will be sent to political parties to identify their positions on the importance of science.

Supporters can also sign on to voice their support for science and make use of social media engagement tools. Also included are support for writing op-eds and forms for tracking interactions with candidates and identifying champions for science.

"We want science to be talked about," Katie Gibbs, executive director of Evidence for Democracy, said in a phone interview.

"It's such an important issue and it's not something that usually gets talked about a lot during election campaigns, and yet it underpins most of the issues we do talk about," including health care, the environment and the broader economy.

"One of the things we're looking for is that parties commit to continuing to implement the new scientific integrity policies that the current government put in to make sure that government scientists can openly speak to the public," she added.

The Trudeau Liberals, criticized in that report for not making firm commitments to fix the problem, later introduced rules shielding federal scientists and researchers from political interference and enshrining evidence-based decision-making in government.

“Vote Science” is the latest example of an outside, policy-focused awareness campaign to appear ahead of the fall federal election. In June, four young Canadians launched a website tracking federal political party commitments on the climate crisis called Shake Up The Establishment.

'Vote Science' campaign aims to make science an election issue, with coalition of science groups calling for candidates to back evidence-informed policy, more transparency, and more funding for scientific research.

Climate change is "a perfect example of the kind of policy issue where science must be at the forefront," Gibbs said.

The broad scientific consensus on climate change is that the human-induced release of greenhouse gas emissions from burning fossil fuels has heated the planet and will continue to do so.

Evidence for Democracy is running the campaign along with the student-run Toronto Science Policy Network and the Montreal-based Science & Policy Exchange.

Since starting to reach out to other groups last week, they have been joined by the Canadian Society for Molecular Biosciences, the Canadian Association for Neuroscience and the Science and Technology Awareness Network.

Farah Qaiser, a second-year master’s student of molecular biology at the University of Toronto and president of the Toronto Science Policy Network, said the Vote Science campaign will not back specific candidates.

"We won't be calling out a particular party or candidate, but we're hoping that by giving Canadians the tools to engage with their candidates, we can help advocate for science," she said.