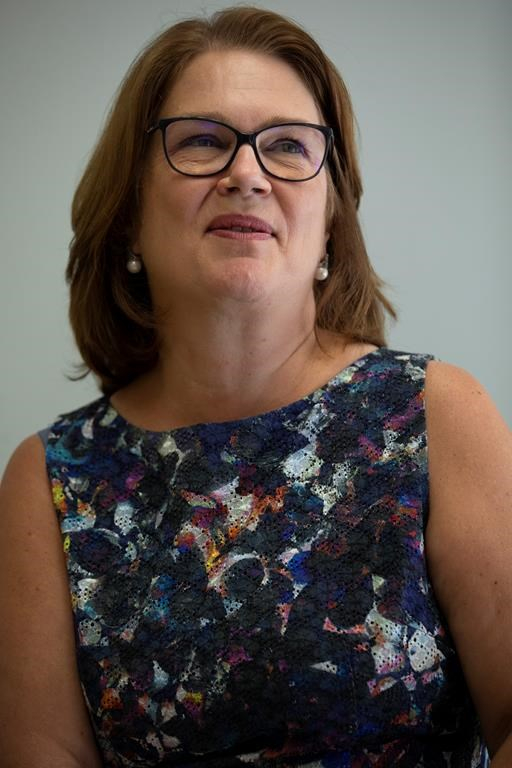 Former justice minister and attorney general Jody Wilson-Raybould said Thursday it is "troubling" to her that Prime Minister Justin Trudeau tried to "discredit" her through submissions made to the ethics commissioner from his lawyer.

"I think that is incredibly unfortunate and for me is not the issue," Wilson-Raybould told The Canadian Press in an interview.

"The issue is that I did my job and recognized that my job was to uphold the independence of the Public Prosecution Service and uphold the rule of law which I am confident that I did."

Wilson-Raybould won a measure of vindication Wednesday when Ethics Commissioner Mario Dion released a scathing report that found Trudeau violated the Conflict of Interest Act by improperly pressuring her to halt the criminal prosecution of Montreal engineering giant SNC-Lavalin.

Dion concluded that Trudeau's attempts to influence Wilson-Raybould on the SNC-Lavalin prosecution contravened a provision of the ethics code, which prohibits public office holders from using their position to try to influence a decision that would improperly further the private interests of a third party.

The report also summarized a "very detailed brief" from Trudeau's legal counsel, including that the relationship with Wilson-Raybould had becoming "challenging and tense." Wilson-Raybould's "anger at being moved" from the justice minister's portfolio "coloured her perception of prior events," it continued.

On Thursday, the prime minister repeated his message that while he accepts both Dion's report and full responsibility for what happened, an apology won't be forthcoming.

"I disagree with the ethics commissioner's conclusions, but he is an officer of Parliament doing his job, and I fully accept his report — which means I take full responsibility," Trudeau said.

"I'm not going to apologize for standing up for Canadian jobs, because that's my job — to make sure Canadians and communities and pensioners and families across the country are supported, and that's what I will always do."

In response, Wilson-Raybould said she already indicated in public testimony that the prime minister could talk to her about jobs.

"The continuous discussions around it, without offering any additional information and injecting political considerations, was completely inappropriate and the ethics commissioner stated as such," she said.

Trudeau has apologized for "many things," she added, noting she's not sure why he's so reluctant to apologize for what has been laid out by an officer of Parliament as a clear case of wrongdoing.

"I think the prime minister had yet another opportunity to show leadership in acknowledging that something went seriously wrong," she said. "It was an opportunity for him to apologize to Canadians for what went wrong, which was very clearly laid out in a report ... from the commissioner."

Philpott, once seen as one of the all-stars in Trudeau's front bench before she resigned her post in protest over the way the SNC-Lavalin affair was handled, expressed hope Thursday the whole sordid matter leads to lasting change in Ottawa.

"The whole thing was so unnecessary," she said in a separate interview. "I really hope that something good comes from this, that it does shake up the system and raise Canadians' expectations of politicians to hold themselves to the highest standard."

The NDP and Conservatives have both called on Trudeau to say that he's sorry.

Liberal MPs were put in a "very, very difficult" position by the party and political staff when forced to defend the actions of the Prime Minister's Office, Philpott added.

"I think that is something that should cause them all to think about whose direction they are following and they need to be following in the direction of their constituents."

Philpott and Wilson-Raybould were both kicked out of the Liberal caucus in April. Both are running as Independents in the upcoming federal election.

Trudeau also said the government intends to follow the recommendations from former Liberal cabinet minister Anne McLellan, whom he enlisted to explore the merits of having the justice minister and the attorney general — the jobs Wilson-Raybould held at the time — under the same cabinet portfolio.

McLellan's report recommends keeping the two jobs together, but better educating parliamentarians, cabinet ministers and staff members on how best to consult with federal attorneys general.

Foreign Affairs Minister Chrystia Freeland, who held a news conference Thursday in Nova Scotia, was asked whether she believes Trudeau should apologize to Philpott and Wilson-Raybould. The prime minister already gave a "full and clear response," she said, calling his acceptance of responsibility a "really important act of leadership.

As for Philpott's re-election campaign, she's not taking anything for granted, noting it's no secret that getting elected as an Independent is not easy.

She also said she's certainly "paid a price" for standing up for principles but it is more important to do so than worry about any personal penalty.

During canvassing efforts, Philpott said she has heard directly from constituents who thank her "standing up for what's right."

The SNC-Lavalin controversy will continue to matter in the context of the campaign, Philpott added.

"Canadians care about being able to trust that politicians speak the truth and that they put the interests of Canadians ahead of their own political interests," she said "I do think it will have an impact."