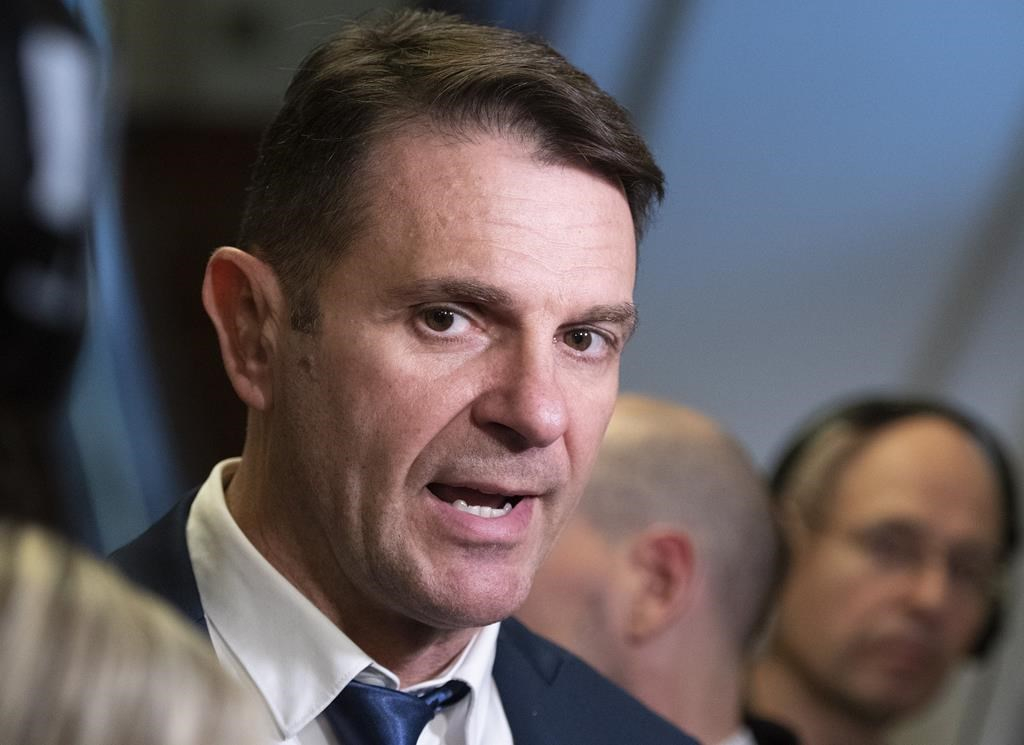 Quebec Transport Minister Francois Bonnardel has announced four measures to improve safety and traffic flow at the site of a deadly pileup that left four people dead this month north of Montreal.

Bonnardel says increased Quebec provincial police presence, a mobile photo radar, new road signage and an extension of a solid line are short-term measures to stop drivers from attempting to merge at the last minute.

The Quebec provincial police investigation is ongoing into the Aug. 5 fiery, multi-vehicle crash on Highway 440 near the exit leading to Highway 15 involving transport trucks and private vehicles that left four dead and fifteen injured.

Bonnardel says the measures were decided upon after experts from his department had an initial look at the area — one of the busiest traffic spots in Quebec, with nearly 300,000 vehicles using the two highways daily.

He says the department will continue its analysis in the coming months, looking at traffic volume, types of accidents, speed and the configuration of the service road.

Police have identified the victims of the Aug. 5 crash as Sylvain Pouliot, 55, of Terrebonne; Robert Tanguay Laplante, 26, of Laval; and Gilles Marsolais, 54, and Michele Bernier, 48, a couple from Montreal.

The crash happened on a busy stretch of highway that runs east-west through Laval, the province's third largest city.

Police say at least one of the trucks hit a passenger vehicle, setting off a chain reaction. A thick cloud of black smoke could be seen billowing in the air.

Officials have previously said that since 2013, there've been about 10 accidents at the interchange, including one other fatality.